I’m going to go ahead and say it. It was a boring game. While yes, we can rack it up to a defensive battle behind one of the best defenses ever to take the field, there were also a ton of mental errors by both quarterbacks.

A defensive battle is a lot like a no-hitter. You’re into it, but until it gets right up till the very end, you just want to speed through it and see if the pitcher — or in this case defense — can pull it off. The main difference is that the pitcher usually gets more run support from their offenses than that pitiful display last night.

END_OF_DOCUMENT_TOKEN_TO_BE_REPLACED

It’s finally here! Super Bowl Sunday. Two weeks ago today we started our Countdown to Super Bowl 50 series, bringing you a more personal look at the memories myself and our writers had of the games as opposed straight recaps you can find almost anywhere else.

So, as you ready to down a few cocktails, eat a few 100 wings and watch some of the best commercials of the year, get caught up with the Countdown series below.

END_OF_DOCUMENT_TOKEN_TO_BE_REPLACED

There is only one day left. Whether it will be Cam Newton hoisting the trophy or Peyton Manning, in less than 48 hours, the world will have it’s answer. Should Peyton win that one last Super Bowl, well, he may be the quarterback with the worst season to do so since good ol’ Trent Dilfer.

END_OF_DOCUMENT_TOKEN_TO_BE_REPLACED

The Wayniac has been posting some great Super Bowl moments leading up to the big game on Sunday, so when he asked for me to write about my most memorable moment, I shuddered at the idea. Why? My moment is excrutiating to think about. My moment haunts me and every other Eagles fan to this day. My moment had everyone baffled, including the opposition. My moment happened on February 5th, 2005. My moment followed 2 weeks after the Eagles finally — FINALLY — overcame the reputation of being known as the poor man’s Buffalo Bills of the early 90s by making it beyond the NFC Championship game. My moment is the last 5 minutes and 40 seconds of Super Bowl XXXIX…Eagles vs Patriots.

END_OF_DOCUMENT_TOKEN_TO_BE_REPLACED

I won’t lie, Wayniacs. This is my favorite piece of the year. One of the driving inspirations behind this blog was that group text I’ve told you about 100 times. The Thread. The Thread has changed over the years, it’s name has been altered and some of the members of the billion-text group message have come and gone, but every year come Super Bowl time, they lend me a few minutes of their time and make their annual Super Bowl predictions for my loyal viewing audience (which I am proud to announce has been setting record numbers every month).

END_OF_DOCUMENT_TOKEN_TO_BE_REPLACED

What’s it like to root for a team that no one ever expects to win? An even better question is what is it like to root for that team on the day that they finally win? Wayniac Nation regular Mike Dunton has been a die hard Tampa Bay Buccaneers fan for quite some time. That January 26th night in 2003, Dunton was got his wish, as his Bucs hoisted the trophy.

END_OF_DOCUMENT_TOKEN_TO_BE_REPLACED 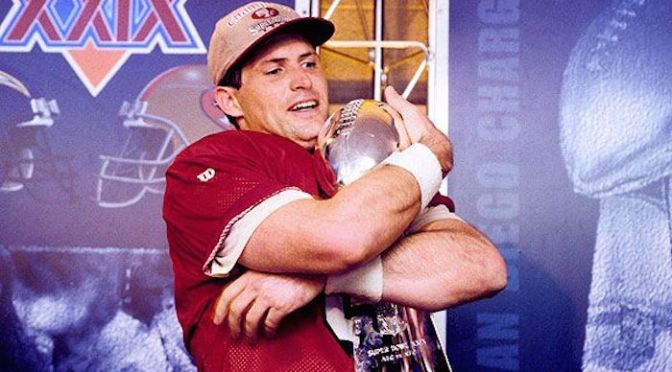 The Super Bowls from 1984 to 1995 were often lopsided. They were won by an average of 19 points a contest, with four of the games being won by 25 points or more. And these were supposed to be a matchup of the NFL’s two best teams mind you.

The 1995 Super Bowl, unless you were a San Francisco 49ers fan, was the pits.

END_OF_DOCUMENT_TOKEN_TO_BE_REPLACED

I am excited to share this piece today, Wayniacs. Most of you recognize Nomi the Greek from The Thread’s annual Super Bowl prediction special. Today, he makes his debut with his first piece for Wayniac Nation.

You may also recognize Nomi the Greek as one of the only Falcon fans from start to finish of every home game, and the many TV appearances he’s made while he traveled to away games. I have yet to meet a bigger Falcons fan (with Saucy T 1B to Nomi’s 1A), and that’s why I thought it was perfect that he share our next Super Bowl memory.

So sit back and relive Super Bowl XXXIII through the eyes of an Atlanta Falcons Super Fan.

END_OF_DOCUMENT_TOKEN_TO_BE_REPLACED 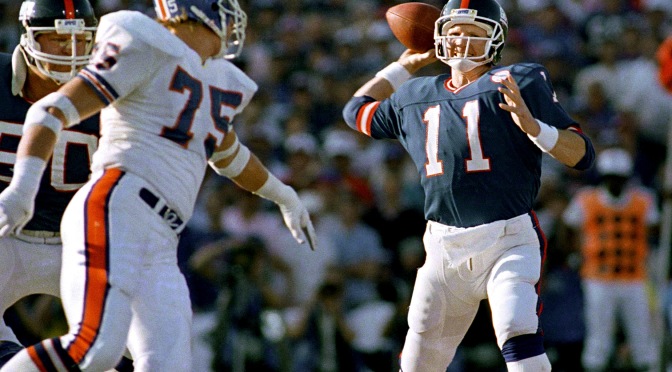 As we continue our walk down memory lane, we arrive at Super Bowl XXI. I remember this one vividly. You see, my mother is a huge New York Giants fan. My Houston Texans weren’t even a blip on the radar 30 years ago, so I grew up watching the New York Giants.

That 1986 squad is one of my favorite teams ever assembled in any sport despite my general dislike for the franchise in general (which would begin a few years later when they replaced Simms with Hos and Parcells with Ray Handley). I watched every single game that season, aside from one: their Week 11 bout with the Minnesota Vikings. That week, my family had to go to a small stage production of The Manhattan Project in which my Uncle Jay was acting. My 11-year old self did what every growing NFL fan would do.

I snuck a transistor radio in my pocket, wired the headphones through my shirt and listened to the entirety of that 22-20 Giants victory.

I told you, I remember that season vividly. That’s why Super Bowl XXI is chock full of memories, even to the non-Giants fan.

END_OF_DOCUMENT_TOKEN_TO_BE_REPLACED

We began to take a daily look at some Super Bowl memories yesterday. I opened the series that will lead right up to Super Bowl 50 with my earliest Super Bowl memory: losing my first bets of my gambling career to Marcus Allen.

Today, we skip over the next Super Bowl, although it was a dandy. It featured two of the top ten quarterbacks of all time as Joe Montana took down this young upstart quarterback named Dan Marino in what would be his only shot at Super Bowl glory in one of the most amazing careers in NFL history.

But that Super Bowl had nothing on 1985. It was the Super Bowl that the Chicago Bears became the ultimate hype machine.