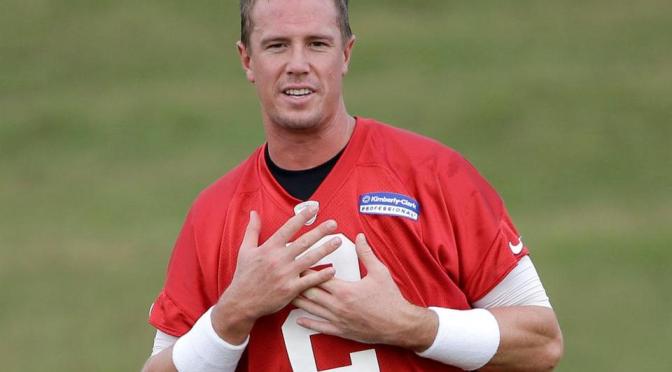 (For the second time this season, our fantasy guru better known as Saucy T has left his confines of fantasy football analysis to drop some quarterback knowledge on us. Last time, we argued if the Cowboys should stick with Dak or turn the keys to the car over to Romo. This time, he looks at the three-horse MVP race consisting of three quarterbacks.

I specifically asked Tim to write this piece as a Falcons fan. To see the debate through a Falcons fans eyes really presses the issue, because the numbers speak for themselves. So without further ado…)

As a Falcons fan, this season has been a pleasant surprise. The Falcons have surpassed my optimistic expectations, and the biggest reason why is the MVP-level play of their quarterback, Matt Ryan. For me he should be the clear cut winner of this year’s award, and the stats back it up.

END_OF_DOCUMENT_TOKEN_TO_BE_REPLACED

We are entering Week 15 of the NFL season. That is both hard — and sad — to believe, isn’t it? With the New York Giants beating the Dallas Cowboys and tightening up the NFC East and overall playoff picture, we are looking at one of the tightest races for divisions we have seen in a long time.

Which is both exciting and nerve racking.

Which also leads to a big pool of MVP candidates, seemingly larger than usual.

I called upon our guy Dunton who helps with The Wayniac Nation Power Rankings to help break down the NFL MVP race. We got more than a handful of names to throw in the mix.

END_OF_DOCUMENT_TOKEN_TO_BE_REPLACED

I’m sure you have figured out that it has been Atlanta Braves week here at Wayniac Nation. In honor of the Braves moving out of Atlanta we have turned our attention to the oldest franchise in the game, who is once again on the move. Monday we took a look at my final memories from Turner Field and yesterday, we looked at why Brian Snitker should get to keep his job and be the 2017 skipper of the Atlanta Braves.

Today, we look at Freddie Freeman.

The concept of a last place team having the Most Valuable Player in baseball is a silly concept to me. I should say was. I didn’t understand how Andre Dawson took home the award in 1987 for a team that finished in sixth place. Was he the best player in the National League that year? I think so, but just how valuable was he for a last place team?

Enter 2016 and the Year of the Freddie Freeman. I now believe in the last place MVP.

END_OF_DOCUMENT_TOKEN_TO_BE_REPLACED 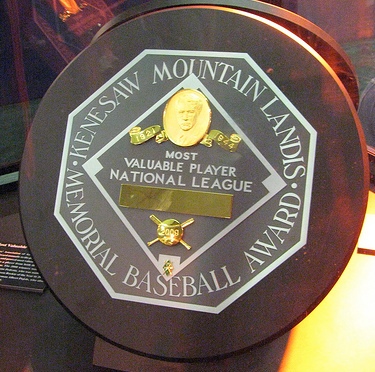 Washington Nationals fans have been waiting for this since 2012. This was the year that Bryce Harper would fulfill his destiny and become the National League MVP while leading the Nats to greatness.

Unfortunately for Nats fans, Harper has delivered, whereas nearly everyone else in the organization, all the way up to GM Mike Rizzo, has failed.

END_OF_DOCUMENT_TOKEN_TO_BE_REPLACED

Another week is in the books, folks. It’s hard to believe there are only six weeks left in the 2014 year. That means you are six weeks from the First Annual Wayniac Nation Wacky YEAR in Sports. I know, you can hardly contain yourself.

The MLB helped begin to wrap some stuff up as it’s year-end awards had one superstar doubling up on some shiny new hardware. College football saw some history, a few upsets and the return of a once Heisman hopeful. College hoops kicked off their season and Syracuse is undefeated! Six teams with at least seven wins saw action in the NFL on yet another crazy Sunday and Kobe Bryant proved that you can in fact miss shots you don’t take, and thousands of more that you do.