We are entering Week 15 of the NFL season. That is both hard — and sad — to believe, isn’t it? With the New York Giants beating the Dallas Cowboys and tightening up the NFC East and overall playoff picture, we are looking at one of the tightest races for divisions we have seen in a long time.

Which is both exciting and nerve racking.

Which also leads to a big pool of MVP candidates, seemingly larger than usual.

I called upon our guy Dunton who helps with The Wayniac Nation Power Rankings to help break down the NFL MVP race. We got more than a handful of names to throw in the mix. 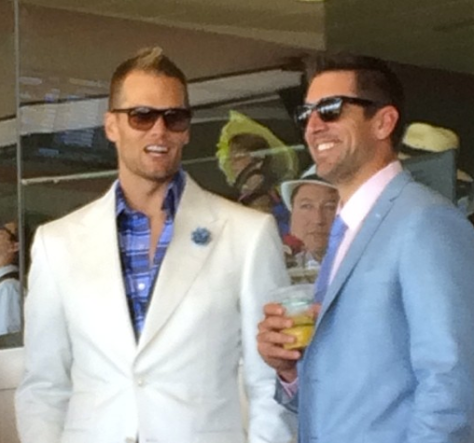 For the record, I don’t think either are this year’s NFL MVP, but there is no denying that both will be in the conversation come January. Tom Brady is the field general for the NFL’s best team, with insane numbers (2,470 yards, a 19:1 TD:INT ratio and a 113.1 rating), but the Pats were able to jump out to a 3-1 start behind TWO backup quarterbacks, while he was suspended, which will hurt his case. Aaron Rodgers has been red-hot of late, leading the Pack back into contention. He too has a great stat line (3,529, 32:7 and a 101.1 rating), but the bottom line is that this offense looked downright pitiful for a few weeks. That could hurt his case.

It is always tough for a defensemen to win the MVP Award, with Lawrence Taylor being the last to do it in the New York Giants 1986 Super Bowl-winning year. That being said, Mack has become arguably the most game-changing defensemen in the game and is just plain old fun to watch. 61 tackles, 11 sacks, five forced fumbles with three recoveries (one for a touchdown) and a pick-six. He pretty much has Defensive Player of the Year locked up, and deserves consideration for MVP.

Ezekiel Elliot, Dallas Cowboys. The league’s leading rusher (1,392 and 12 touchdowns) is a lock for Rookie of the Year. What hurts him are two things: the offensive line and Dak Prescott. Dak was going to steal some votes, but taking a back seat the past two weeks, Zeke has definitely separated himself. People will point to that offensive line, but Zeke still had to do it, and he is doing better than many a rookie ever has.

Matthew Stafford, Detroit Lions: For the first seven years of his career, he had the luxury of throwing to one of the greatest wide receivers to play the game. This year, he has had a pretty much non-existent running game as well as a solid, but not great receiving corps… and is having arguably his best season of his career. He has a career low interception rate as well as a career high rating, and with the Lions atop the NFC North, he will garner consideration.

Derek Carr, Oakland Raiders: I feel as if Carr has been the favorite for several weeks, and it is well deserved. He has thrown for 3,492 yards, posted an impressive 24:5 TD:INT ratio and a 96 rating. He’s leading one of the most exciting offenses in the NFL and has them atop the rankings and standings. He is on pace for a career year and we he may just be touching the surface of what he is capable of.

Matt Ryan, Atlanta Falcons: The Falcons currently have the third best offense in football and it is largely on the arm of Ryan’s career year. Leading the league in several categories, including rating (113.2), yards per catch and touchdown percentage, Ryan is on pace for career numbers in yards (currently at 4,050) and touchdowns (30) while throwing less than ten picks (right now he has seven). He has given the defense time to mature and they are becoming a well oiled machine that could very well be the team to beat in the NFC.