If you have been paying attention, the Sportsbook Jesus has been building you a nice little vacation wad of cash the past few weeks. Last week, he nailed it, going 6-1 (in case you missed it, take a look at his new weekly recap feature right here). Who does he have in this week’s prime time matchups for you? Take a look in your weekly NFL Sundays with SBJ. 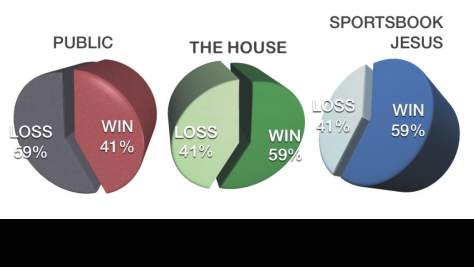 I’ll never understand my fascination with taking overs.  It’s cost me 3 total point wins.  Overall, I’d be 11 games over .500, if I’d just rode with Vegas on every under.  Unreal.  Obviously, I also have some learning to do.

What a difference a month makes, huh?  San Francisco holds Minnesota to three points in Week 1, and have been lit up 107-33 since.  That’s more than just the wheels coming off.  That’s a NASCAR tire being shot out of a cannon during a lap four wreck as the gallery watches it fly into the parking lot.  I knew it was gonna be a rough year for you guys, but man.

Jimmy Johnson straight up called for Kaepernick’s job during last Sunday’s Fox postgame show, and I haven’t heard anyone make a single case the other way.  Frankly, at this point we don’t have one, but unlike The Wayniac who utterly loathes him, I’m not buying that this kid, who took us by storm three years ago is washed up, figured out, or whatever you want to call it.  Roethlisberger, Palmer, and Rodgers.  That’s not opposing offensive chump change, ok?  Before Big Ben went down, those three all looked like top five fantasy material, so maybe we should cut the Niners some slack here.

I mean, did anyone honestly have them better than 1-3 at this point anyway?  Let’s all ease up on Colin just a tad.  The organization has been in complete disarray since going into a full overhaul after Harbaugh left for Michigan.  Maybe he just needs one solid primetime performance under his belt before he gets back in his groove.  This seems like a sweet spot for him to do it in.

Yes, the G-Men bounced back against the Redskins and Bills after two heartbreaking 4th quarter collapses to right their ship.  Yes, New York has covered the last two weeks.  Yes, this Sunday night matchup is in the Meadowlands, and not the Bay.  All that being said, would you honestly be that surprised to see Kaepernick pull this off?  Yeah?  Awesome.  I hope you pound that G-Men side, public, because I’m riding with the Niners to win straight up. 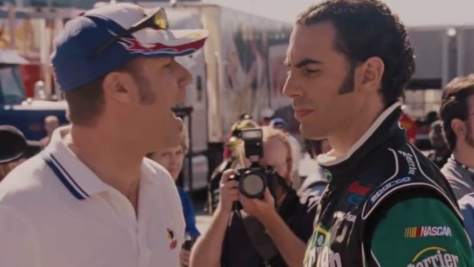 Not only has New York covered the last two weeks, but so has the SNF public.  Actually, the people have hit the side bet favorite the last 3 weeks out of the 4.  Delicious.  Oh, AND the favorite hasn’t lost on Sunday night yet.  Sorry, I just drooled on myself a little.

Just as I rode with Vegas last week on Lions +9.5 & UNDER 43 following the Chiefs at Packers PFPer, I do the same with this SNF side bet.  General principle, baby.  The Niners haven’t covered since Week 1, and neither has The House.  That’s good enough for me to trust San Francisco to do at least that much.  One of these SNF dogs has to win sometime, don’t you think?  I’m not saying the Niners are a lock to win, but they will be within one possession of possibly pulling it out by the end…that part is definitely a lock.  As for the total points, it’s the public who hasn’t hit one on SNF since Week 1.  As much as I love taking a primetime under, and our data indicates that’s all we should ever do, I still think that trend finally changes as well.  At least I pray it does.

Hit Squad is in The House.

CLASSIFICATION: HDPC with the possibility of it turning to a HDC if the public settles on G-MEN Moneyline.

JUMP SHIP AUDIBLE: If this pick ends up being a PDP or PDHP by kickoff, we audible to a PDC or PDHC, if the public is riding the over.  Got that?  Let it marinate a while.  We’ll expand on trend swing audibles another time.

Pittsburgh refused to close out that game against Baltimore last Thursday.  They just weren’t having any of it.  They did everything in their power on multiple possessions to throw that game away in the final three minutes, and eventually found success with that unorthodox game plan.

The Steeler kicking situation has been an absolute nightmare thus far, and the obvious core of the problem.  Have you ever heard of a team having two kickers go down before the start of the season? Me neither.  Then a month later that team is already signing their fourth?  Me neither.

Chris Boswell is now the new leg in Pittsburgh.  No pressure, Chris.  No, I’m serious.  Absolutely zero.  How could you possibly have trouble following that act?  Just hit a 40-yarder, and you’ll be selling jerseys all over Steeler Country.  You’re a cult hero waiting to happen, Boswell!  Seize the day!

I got Pittsburgh to win outright.  This is their third national game this year.  Can you even remember the last time you saw the Steelers lose three nationally televised games in a row?  Me neither.

CLASSIFICATION: PDC.  Might swing to a PDHC, HDPS or HDS by kickoff.  Could end up as any of those four.  We’re riding them all.  No audibles for this one.

So far, three of the four Sunday nighters have gone under, and four of the five Monday nighters have done the same.  If the SNF under hits once again, then I’ll be concerned about this MNF under coming in.  If the OVER 43.5 hits on SNF, the MNF UNDER 45.5 should be smooth sailing.  See what I’m getting at here?  I mean, besides the fact that we should avoid the majority of these primetime overs like the plague, yet I continually insist on taking them?  Aside from that, do you understand what I’m saying?

Comparing this week’s primetime results is your assignment for this week.  Start getting familiar with linking the results of each week’s SNF and MNF action going forward.  If the public wins the SNF side, then do they also hit the MNF side?  If the favorite covers in SNF, then do they cover in MNF, as well?  Do the side and total point results from the SNF game mirror the MNF action, or does the MNF result swing the other way?  We’ll dive straight into that with the next Hindsight Report.  Class dismissed.  Good luck.

** Betting Trend percentages are provided by Sportsinsights.com, Sportsbook.com , and Scoresandodds.com.  Lines are current as of Sunday 12:00AM EST **

One thought on “NFL Sundays with SBJ: Do you know what they call him?”