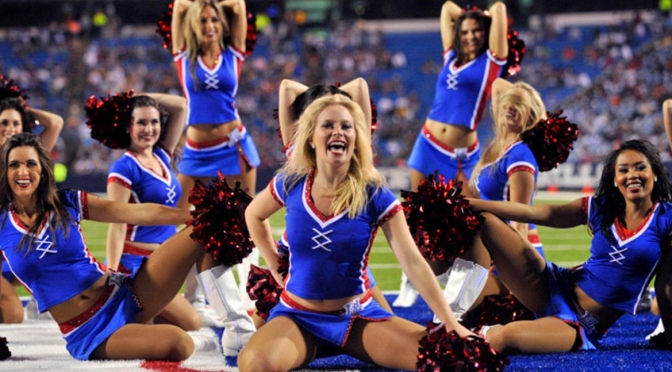 Week two in the NFL was highlighted by a bunch of lowlifes. Adrian Peterson stole the show with his child negligence, but Greg Hardy wouldn’t let him have the limelight all to himself. Then Ray Rice jumped in and is appealing his suspension. All three need to just go away for a little while, because if the NFL Network and ESPN can stop talking about them, we may all realize that there has been some awesome football going down thus far in 2014.

Seven undefeated teams remain after week two, and the Houston Texans, Buffalo Bills, Carolina Panthers and Arizona Cardinals are amongst them. There are also seven teams who have yet to win a game, with the Indianapolis Colts and New Orleans Saints surprisingly headlining that list. Week two was full of exciting comebacks by the Packers, Bears and Browns, had the best defensive player in the game catch a touchdown, and watched Antonio Gates rejuvenate himself in dominating the defending champs.

How does week three top all of that? One thing is for certain. I can’t wait to find out!

TOP 3 STORIES TO KEEP AN EYE ON IN WEEK THREE OF THE NFL:

3. What’s wrong with the Saints?

The New Orleans Saints have endured back-to-back fourth quarter let downs. While opening week in Atlanta where the Falcons are dominant is somewhat acceptable, week two’s late collapse in Cleveland was unacceptable. The Saints are notorious for not being able to perform on the road, especially outside, but to be considered a legitimate team, that needs to change. Drew Brees has not been terrible, but Rob Ryan’s defense has. Last week Sean Payton and Ryan were heated on the sidelines and rightfully so. The Saints have the perfect cure for their 0-2 start coming to the Bayou Sunday as the AP-less Minnesota Vikings come to town. The Vikings are now led by Matt Cassell, who is coming off a four interception week and now has more picks than touchdowns. The Saints need to blow the Vikings out of the dome on Sunday. The Vikings are in a whirlwind of controversy and are without one of the best players in football. If this game is close, the Saints are in serious trouble. 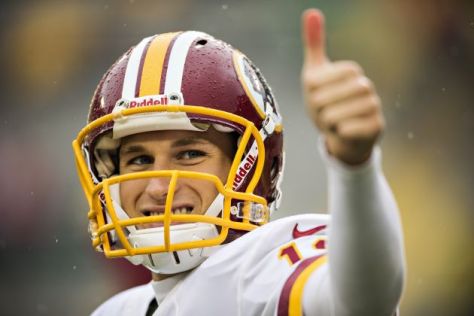 Quite honestly, I don’t see it ending. Mike Shanahan destroyed RGIII‘s career and robbed NFL fans of watching what one of the most athletically gifted quarterbacks could put together. Last week, after RGIII left with yet another injury, Cousins came in and did what he has done over his first two seasons as a back-up: performed very well. Cousins dismantled the Jaguars, throwing for 250 yards with two touchdowns and no picks for a 109.4 QB rating. This week, he travels to Philadelphia to take on the 2-0 Eagles. If the Eagles can’t figure out their first half woes, Cousins could come out ramped up and steal an upset in the City of Brotherly Love. This is a huge statement game for Cousins. This is his team now, and an upset over the NFC East favorite Eagles on their home turf would be tremendous. The Baltimore Orioles and Washington Nationals clinched their divisions on the same night. Why not keep the feel good story from the belt line going? 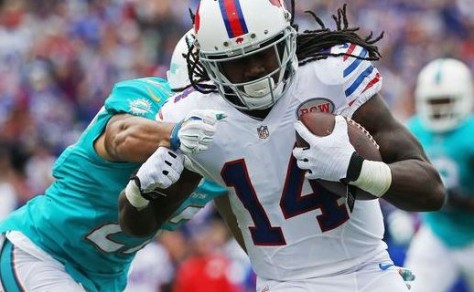 I said it before Week One and I will say it again. The Bills will be playing inspired football all season. The level at which they have played, however, is beyond expectations. They looked dead in the water and overmatched by the Bears in week one, but stood their ground and romped their way to victory in the second half at the not-so-friendly confines of Soldier Field. This past week they annihilated the Dolphins in their Ralph Wilson Stadium home opener. E.J. Manuel looks like he could manage this team as long as their stout defense holds up their end of play and Sammy Watkins showed that he was worth that first round investment. The Chargers, however, come into town amped up after a dominating upset over the defending champs. Philip Rivers confidence must be sky high after shredding the Legion of Boom. This is a huge test for the Bills. Can the Chargers travel to the East Coast and continue their roll or will the Bills show the NFL that they are for real? A 3-0 start would certainly start turning some heads.

Game of the Week: This one is too easy. The Seattle Seahawks fly into Mile High Stadium for a Super Bowl rematch with Peyton Manning and the Broncos. While Manning looks like last season’s Manning with 511 yards passing and six touchdowns already, the Broncos don’t look like last years Broncos. Yes, they are 2-0, but both victories have been by a touchdown and have had the Broncos on their heels for the entire fourth quarter of both victories. The Seahawks are pissed. Russell Wilson simply couldn’t get the offense going against the Chargers and the Legion of Boom got called out for being soft. A week after Richard Sherman saw zero passes thrown his way, he was abused by Philip Rivers, who completed every pass he threw in Sherman’s direction. Peyton has a history of fizzling in big games, will he have the poise to send the reigning champs to 1-2? Does the LOB send an all out assault Manning’s way and shut down the high powered offense like they did last year? Wes Welker is back in the mix, so they will have their hands full. This one should be a doozy.

The Green Bay Packers travel to Detroit for a showcase of two of the top quarterbacks and offenses in the NFL. There will be very little defense in this one and it will be fun to watch Jordy Nelson and Megatron counter each other. This is another one to set your DVR to record.

Survivor Pool Pick of the Week: I’m still alive in mine, although it was the second week in a row I had a late scare as the Packers needed every minute to secure the win. This week I have to believe the Saints are a lock. The Vikings simply can’t go in to New Orleans without AP and expect to keep it close with the Saints reeling and looking to get in the win column. The way the Colts have been playing and with their schedule not getting any easier, it may be the right week to pick the Colts in Jacksonville. If you love the gamble though, the Cardinals at home versus the 49ers is an intriguing pick. If Carson Palmer plays, the Cardinals will be looking to clamp down on the NFC West as the new powerhouse in town. Colin Kaepernick looked completely lost in the second half Sunday night, and the Cardinals defense is going to make it worse for him. This game will be close, but I think the Cardinals pull it out.

We have a lot to look forward to this week. Hopefully, the Jaguars have a little upset in them, sending the Colts to 0-3. And hopefully my Texans travel North and defeat the hapless Giants to get to 3-0. Maybe then I can start to believe Bill O’Brien has this team playoff ready… even with Ryan Fitzpatrick at the helms. See ya for week four, folks!