Wayniac Nation put a rough week one behind us and looked better on our starts and sits for week two. Unfortunately for J.D. who is a huge Atlanta Falcons fan, he was dead on about sitting Matt Ryan against a tough Cincinnati Bengals defense. Ryan registered roughly 12 points which is not going to win you many fantasy games in today’s NFL. I was on point in telling you to sit both RGIII and Reggie Bush. Bush tallied 32 total yards while seeing less touches than Joique Bell for the second week in a row. RGIII‘s injury woes continued and it appears he may be a sit for the rest of the season. He tallied three points before leaving Sunday’s bout. I will admit I swung and missed on sitting Antonio Gates, but if you saw a seven catch, 96 yard, three touchdown output from the 34-year old against the league’s best defense, please let me know below and come write for us! 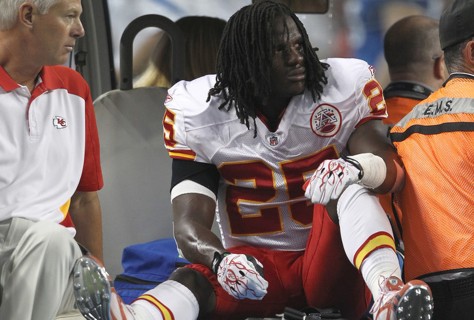 The big news was the rash of fantasy mega-stars who are now out for the foreseeable future due to injury or suspension. Zygi Wilf sure made it sound like Adrian Peterson will never play in a Vikings uniform again. Jamaal Charles suffered the dreaded high-ankle sprain and appears to be sidelined for a at least a month. A.J. Green, DeSean Jackson, Doug Martin, Mark Ingram, Ben Tate, Ryan Mathews and Jordan Cameron highlight a list of players that have been absent already with injury and very little insight on when they will return. And Toby Gerhart straight up stinks.

So with significant fantasy stars already on the pine, who can you turn to this week? Week three is a pivotal point in the fantasy season. If you are 0-2, you need a win. If you are 2-0, a 3-0 start puts you at a huge advantage for a playoff spot. This week, we hope to bring you some help in solidifying your run for the playoffs.

Fee The Commish:
Start of the Week: Andre Johnson, WR – The Giants are just terrible and I don’t see it getting any better. There are a lot of injuries on their D as well.

Sit of the Week: Andre Ellington, RB – Without Carson Palmer this seems counterintuitive to sit the Cardinals stud running back. But Ellington is hobbled and the Cards offense could struggle this week against the 49ers.

Dunton:
Start of the Week: Texans Defense – The hapless offensive line of the Giants is no match for their front seven. J.J. Watt may get six sacks. Eli is already having nightmares. They may be a defense, but the Patriots proved last week a defense could be a game changer.

Sit of the Week: Le’Veon Bell, RB – It is very hard to run against the Panthers defense who are fired up at 2-0 and ready for some prime time exposure on Sunday night.

Sit of the Week: Ahmad Bradshaw, RB – Was it me or did Trent Richardson actually look like a running back Monday Night? If he turns the corner, Bradshaw becomes the change of pace back, limiting his upside. Besides, it’s about that time of the year Bradshaw gets hurt. 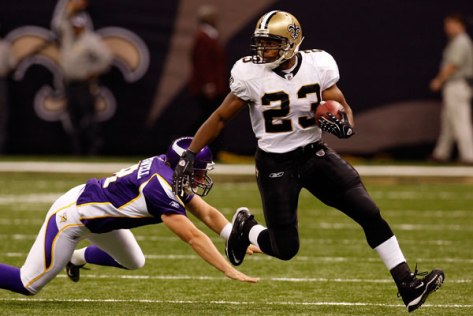 J.D.
Start of the Week: Pierre Thomas/Khiry Robinson, RB – The 0-2 Saints finally get a home game and Mark Ingram is out. Both Thomas and Robinson should get the ball a lot this week against a weak Minnesota team without Adrian Peterson. I expect a blowout in the Superdome and predict Thomas to end up with at least 7 catches, 80 yards on the ground, and a score. Robinson should see the endzone at least once as well.

Sit of the Week: Shane Vereen/Stevan Ridley – Just as Wayne and I vowed to never own another Red Sox closer, I have vowed to never own another Belichek running back. The carousel has begun in New England with Ridley getting the majority of the carries last week and at some point fantasy owners will scramble to pick up Brandon Bolden (again) just to be let down the following week. Trying to predict which running back will produce in New England is not worth the risk in any week this season.

The Wayniac:
Starts of the Week:
QB:  Jay Cutler – Did you see what he did in the second half against the 49ers? His arsenal is healthy and he has a chip on his shoulder to prove the preseason MVP predictions are for real.

RB: Knile Davis – Remember back in 2005 when Chiefs fans freaked out when Priest Holmes went down? Larry Johnson went on to have one of the sickest 12 game runs in single season history. Davis has that ability, which he showed last week going off for 79 yards on the ground, 26 yards through the air and two touchdowns. The Dolphins defense has been pretty stingy against the run, but the Patriots and the Bills aren’t the greatest bunch of backs in the NFL. The Chiefs need a win, and it will go through Davis.

WR: Alshon Jeffery – Fully healthy and without his signature monster week yet, Jeffery will be ready to break out Monday night. The Jets will pay close attention to Marshall after his Sunday night performance and how they handled Green Bay’s number one last week. The problem is the Bears have two number ones. Speaking of Green Bay, I think Randall Cobb is in line for a huge week as well.

DEF: I hate to be a homer, but I think I agree with Dunton on this one. The Giants are in shambles and the Texans defense knows they need to feast on these weaker offenses to start the season. All hail J.J. Watt.

Sits of the Week:
QB: Jake Locker – Last week, Locker had a prime opportunity to put his injury-plagued question marks behind him and unleash his fury on a weak Cowboys secondary. Instead, he had a considerably worse week than he did against Kansas City’s stout defense in week one. The Bengals are no joke. They shut down Matty Ice, they’ll take care of Locker.

RB: Donald Brown – There has been some buzz about him as a fill-in fantasy starter with Ryan Mathews out and so many other injuries. The Bills haven’t allowed 100 yards rushing to a team yet this season, never mind an individual. Look for the Bills to clamp down and make Rivers beat them.

WR: Wes Welker – He hasn’t played yet this season and last we saw of him, he was once again concussed. Coming back against a pissed of Legion of Boom is not the best timing. Wait until next week, and then start Welker with confidence.

TE: Vernon Davis – With Palmer in question, the Cardinals defense is going to need to step up big. Kaepernick barely beat a terrible Cowboys defense in week one and the Bears totally exposed him for the fraud he is. I think this is a tight 14-10 game without much offensive action.

DEF: Eagles – It’s not that I think the Eagles will lose, it’s that I think Cousins is going to come out guns a-blazin’. The Eagles have clamped down in the second halves of games, but that will eventually catch up to them. This looks like an easy win for the Eagles, which makes it a big trap game. I expect a shootout.