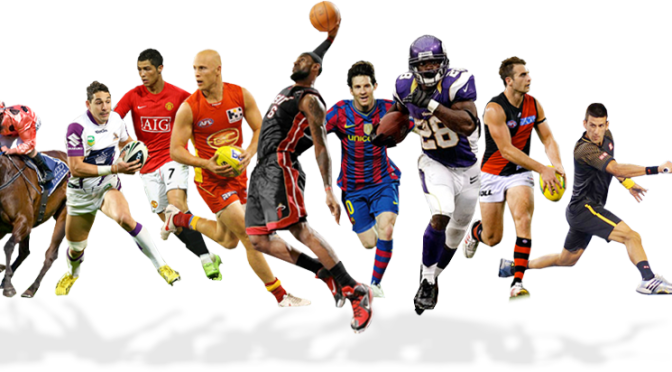 Dum dum dum… another week bites the dust. Unfortunately for sports fans, this week was full of lowlights that overshadowed the highlights. Not much light has been shed in the MLB Wild Card race, and college football had another drab week with only a few solid games being played. The NFL, however, continues to make more news off the field than they are doing on it. It’s quite the sad state of affairs for America’s most profitable sport. 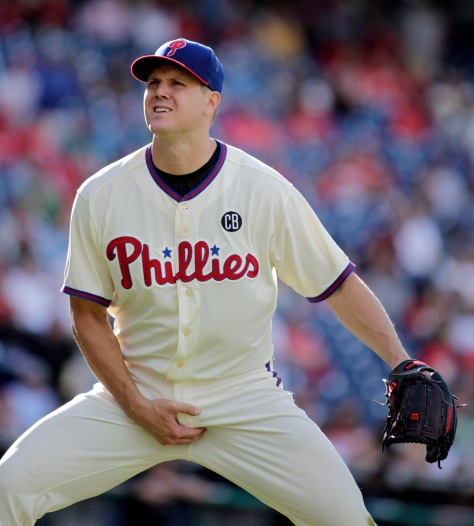 The MLB Wild Card race is still tight and very much up for grabs. Speaking of grabs, Philadelphia Phillies’ closer Jonathan Papelbon gets the D-Bag of the Week Award. As a Yankees fan, I never particularly cared for him or his antics, and now he has the ire of Phillies’ fans. You know, those guys who infamously booed Santa Claus? On Sunday, fans booed him off the field after blowing friend of Wayniac Nation David Buchanan‘s great outing by allowing four runs in the ninth. As Papelbon left the mound, he grabbed his crotch. He would later tell the New York Post that he was just making an adjustment. I can’t envision a way he pitches at home again, but if he does, the relentless Phillies’ Phans will probably show more pop than their lineup has all season.

Elsewhere, Mike Trout looks like he’ll finally snag that MVP Award that has been so elusive to him the last two seasons. The Angels are scorching hot winning six of seven games this past week. They completely annihilated the competition as they won their six games by a combined 52-15. They suddenly have a 10 game lead in the AL Wild West and the best record in baseball by four games and counting.

So, while the race for October is still a clouded one, one thing is for certain. My fantasy baseball team, The 42 Sandmen are heading to the Jersey Shore League World Series! Hopefully I can bring home the trophy to lessen the blow of my New York Yankees completely crappy season. 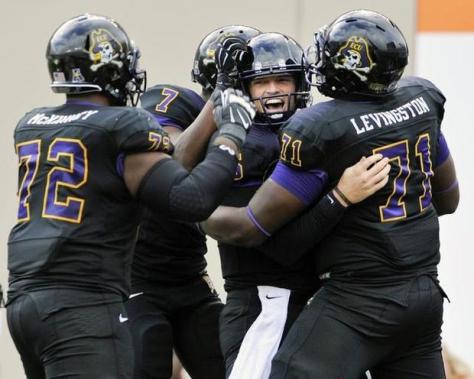 YAAAARGH MATEY! East Carolina University pulled off the Upset of the Week much to the elation of my fiancé who graduated from the school during the Chris Johnson Era. They dominated most of the game, leading 21-7 into the fourth quarter. Virginia Tech, at home nonetheless, made it a ballgame tying it up in the fourth, but the Pirates countered with one last plundering of the Hokies to win 28-21. Further down South, the Fire Mark Richt Season has officially begun. Never mind that the UGA athletic department went out and spent some serious cash on a defensive coordinator whose defense couldn’t stop a bunch of three year old girls on Saturday, it is clearly, as always, Mark Richt’s fault. The Bulldogs lost to the Old Ball Coach and the South Carolina Gamecocks after their kicker missed a 28-yard field goal (his second miss of the game) 38-35, but clearly it is time for Mark Richt to go. This is my favorite time of year as an Atlanta resident — having the opportunity to listen to the endless phone calls on Chuck and Chernoff after a UGA loss. I’m willing to wager fifty percent of the scornful Bulldog Nation that complain on air about “their” college football team don’t even have their GED. 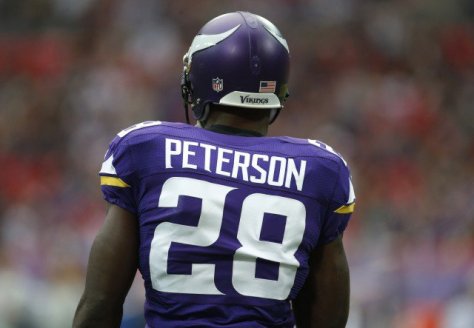 What the hell is wrong with the NFL? Adrian Peterson brought another blemish to the game as he turned himself in for child abuse. The Vikings would immediately deactivate him for Sunday’s game against the Patriots, but yet another NFL superstar has made news for violent tendencies of the field. Every time a new case pops up, you think that it can’t get any worse, but each week it seemingly does. AP doesn’t seem to think he went over the line and was just disciplining his child, however the courts of Texas feel otherwise. It’s really frightening. We are in the second week of the NFL season and we should be thrilled and excited. Instead, we are left wondering what new horrible person will perform some terrible deed every week. Even more peculiar is that it only seems to be the league’s big names getting in trouble. Do we not care about bench players or no-name offensive lineman? Can it really be the case that only high profile players are bad people, or is the NFL only targeting and making bigger stories out of their bigger names? Bad publicity is still publicity, I guess.

There were still some great football games played this week, despite the Pittsburgh Steelers not contributing at all. J.J. Watt caught his first career touchdown for my UNDEFEATED HOUSTON TEXANS as they dismantled the Raiders. It’s time to really consider Watt as one of the Top 5 players in all of football. There doesn’t seem to be anything he can’t do. Seriously, Watt can’t he do?

The San Diego super Chargers came out and upset the defending champion Seattle Seahawks in a game that was never in doubt. They then went on record saying that they totally exposed the Seahawks defense. Anyone else excited to see how Richard Sherman reacts next Sunday?

Anyone see Jordy Nelson this weekend? The Jets secondary didn’t because he was behind them for nearly the entire second half. Nelson went off for 209 yards and an 80-yard touchdown to lead the Packers in their comeback over the Jets. Speaking of comebacks, the Chicago Bears, led by Jay Cutler and Brandon Marshall, completely decimated the San Francisco 49ers in the second half last night. Nothing is more enjoyable than watching the most over rated quarterback in the game (that’s you Colin Kaepernick) look like a chicken without a head. Actually, watching Jim Harbaugh cry may be more enjoyable, but one usually results from the other. Lastly, it’s time to break up those Buffalo Bills. I predicted that these Bills would be an inspired bunch with the passing of Ralph Wilson and the cancer battle of Jim Kelly (you can read it here if you missed it), and they are now 2-0 on the young season. They have done it beating two playoff caliber teams so it’s time to wonder – Is E.J. Manuel really an NFL quarterback?

There you have it, folks. Another week, another recap. Baseball’s final stretch is heating up and the Colts and Eagles are about to kick off a new week of zaniness in the world of sports. We’ll see you next week with the recap!

2 thoughts on “The Wacky Week in Sports”