The 2019 NFL playoffs kick off on Saturday, Jan. 5 when the Houston Texans battle the Indianapolis Colts in the first Wild Card game of the postseason. Five former DII football players will hit the field for that game.

In fact, all eight teams playing on Wild Card weekend will feature former Division II football players. The numbers are up from last season when 22 former DII ballers were spread out across 11 teams in the NFL playoffs. One year later, 26 players from 10 different rosters* enter the postseason. Only the New England Patriots and New Orleans Saints are not represented on their active rosters by any former DII football players.

MORE: An incredibly early look at the 2019 preseason top 10

Here are some interesting numbers from the 2019 NFL playoffs:

2 — Players from Grand Valley State and California (Pa) in the postseason, the only two schools with multiple players in the playoffs.

3 — DII players returning to the playoffs from last season. Ethan Westbrooks returns for the Rams while both Tyreek Hill and Ron Parker return for the Chiefs. Morgan Fox (Colorado State-Pueblo) played for the Rams last season but is currently on injured reserve.

5 —  Former DII players on the Baltimore Ravens roster, more than any other team in the NFL playoffs. The Los Angeles Rams are right behind with four.

9 — Defensive backs, including safeties, from DII schools in the NFL playoffs, the most from any position. Wide receivers were the second most represented with five.

11 — DII players on NFC rosters, up one from last season.

15 — DII players on AFC rosters, up three from last year.

MORE: Programs with the most titles | DII football news

The DII Football Championship selection show is set for 5 p.m. ET on Sunday, Nov. 11. The heavyweights of DII football anxiously await their postseason fates, hopeful to fill out one of the 28 spots in the tournament.

The 2017 DII Football Championship was a memorable one, as it pitted two first-timers against each other. Harlon Hill Award-winner Luis Perez led Texas A&M-Commerce to its first DII title over West Florida. The Argos’ remarkable run was unmatched by any other in history, as they made it all the way to the finals in just their second year as a football program.

END_OF_DOCUMENT_TOKEN_TO_BE_REPLACED

This is it. The final weekend of the DII football season. With several conference championships and a couple of top 25 showdowns on the bill, there is plenty of action to pay close attention to as Sunday’s bracket selection show awaits.

Let’s take a look at the games that stand out Saturday:

No. 3 West Georgia at No. 5 Valdosta State

Top 5 matchup. Check. Conference championship. Check. No press here at all. Just a whole bunch of playoff implications on the line. 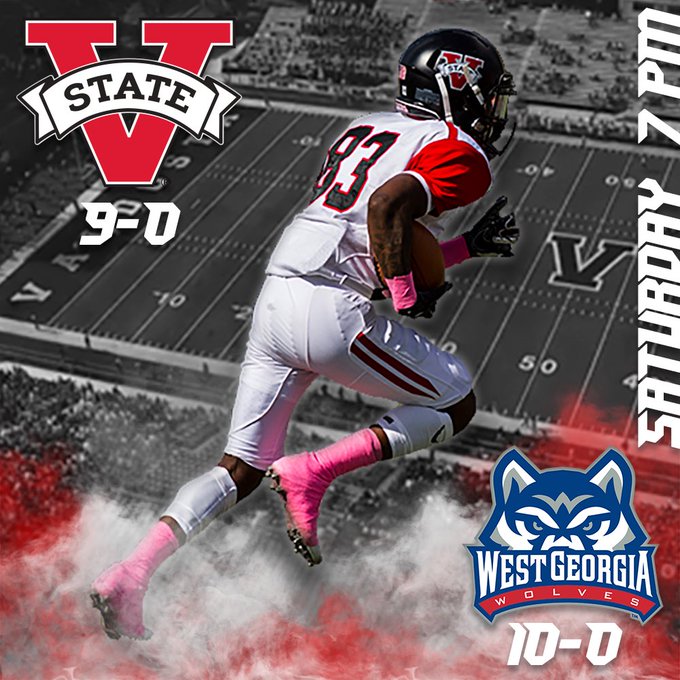 Valdosta State and West Georgia are currently No. 1 and No. 2 in Super Region Two. While neither should have to concern themselves with making the postseason, there is a possible first-round bye at stake. The winner will be the lone remaining undefeated team standing in the conference, all but locking up that No. 1 seed.

The Blazers have the top scoring offense in DII football, putting up a scorching 52.8 points per game. The Wolves are no slouches, as quarterback Willie Candler and running back Devontae Jackson lead the No. 2 scoring offense in the Gulf South Conference at 35.9 points per game. The Wolves also have the top defense in the GSC, so this could be a classic chess match. Whichever coach makes the right move to counter may find his team the victor.

Whatever happens, you couldn’t ask for a more perfect finale to the GSC season. Two of the 10 undefeated teams in all of DII football get to go head-to-head with so much on the line.

MORE: A top 10 shakeup in the latest AFCA poll

No. 9 West Chester at Slippery Rock

This is for all the marbles in the Pennsylvania State Athletic Conference. The PSAC Championship game will be nothing less than a thriller. 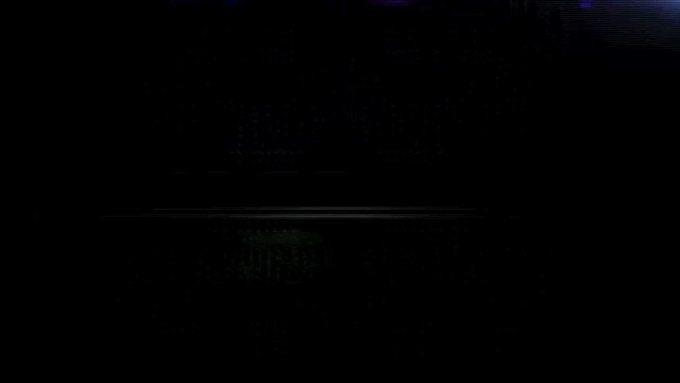 Both of these teams can put up serious points. The PSAC title bout will feature two of the more exciting quarterbacks in DII football. The Golden Rams A.J. Long is second on the team in rushing (557 yards, six touchdowns), while throwing for 1,767 yards and 18 touchdowns. Roland Rivers III didn’t even claim the starting job for The Rock until Week 3, but he’s been sensational, a perfect 8-0 in his starts while throwing for 1,987 yards and 21 touchdowns. Rivers can run, as well, but he doesn’t have to. Wes Hills has been a beast, piling up 1,113 yards and 12 touchdowns this season. He has three-straight 200 yard rushing games and appears to be heating up at the right time.

Slippery Rock is hanging tight at the No. 7 spot in Super Region One. A victory on the big stage will propel them into the postseason. A loss may end it on Saturday.

Hillsdale rose from the unranked just in time to capture the Great Midwest Athletic Conference title last week, taking down undefeated Tiffin in dominating fashion, 48-26. The Chargers challenge themselves by going out of conference to face a top 25 team in the closing week of the season.

UIndy is looking to return to the postseason after a first-round exit to Harding last season. Al McKellar and Toriano Clinton are a dangerous two-headed monster out of the backfield, combining for 1,590 yards and 20 touchdowns. Hillsdale’s quarterback Chance Stewart became the program’s all-time touchdown leader last weekend and hopes there is more in store. He’s already thrown for 2,740 yards and 23 touchdowns, so his first career 3.000-yard season is in his sight.

It’s not often you get a Week 11 top 25 matchup that pits two conference champions against each other. Enjoy this one if you can.

Chadron State at No. 15 Colorado School of Mines  🎥 WATCH LIVE

Both of these teams can put up points with anyone in the country. The Mines offense puts up a Rocky Mountain Athletic Conference-best 50.2 points per game, while Chadron State drops 39.1. Last week, the Orediggers fell from the undefeated, upset in the final seconds by Dixie State 52-45. Earlier this season, Chadron State laid down the upset, taking down then-No. 14 Colorado Mesa 38-34.

This is RMAC football.

Chadron State can leave its mark with a win in this one. Sitting at 7-2, they trail the Orediggers and Colorado State-Pueblo (both 8-1) by just one game. The Mines offense is led by some of the best in DII football: quarterback Isaac Harker is No. 3 with 3,201 yards passing, running back Cameron Mayberry is No. 6 with 1,377 yards on the ground, and wide receiver Brody Oliver is No. 8 with 1,067 yards receiving and tied for No. 1 with 19 touchdowns. It won’t be easy for the Eagles, but don’t count them out.

Running back Kevin Coy, Jr. should eclipse the 1,000-yard mark in this one and already has 14 touchdowns. Quarterback Dalton Holst has 20 passing touchdowns. This game should be good old fashioned, explosive RMAC football, and could well come down to whoever has the ball last. The Mines offense is hoping it’s them to keep their postseason hopes alive.

No. 4 Ouachita Baptist at Henderson State

The Reddies are 5-5 and not playing for anything. Anything but bragging rights that is. 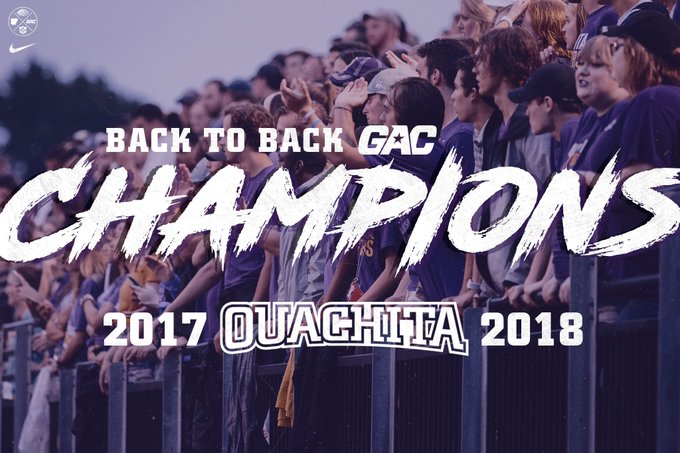 Welcome to the Battle of the Ravine. It’s one of the coolest rivalries in all of college football. It’s certainly the closest.

[It is] literally across the street. If the wind is right, you can hit a golf ball from the end zone of Henderson State’s Carpenter-Haygood Stadium to the end zone of Ouachita Baptist’s Cliff Harris Stadium with a driver and 3-iron. The Reddies golf coach has done it. It’s a five-minute walk for Henderson State’s players to that away game, with state police stopping traffic on two-lane U.S. 67, so they can cross. The rivalry drew 12,228 in 2014 in Henderson State’s stadium, which was 1,500 more than every man, woman, child and football fan in Arkadelphia, Ark.”

Last season, the Tigers snapped Henderson State’s record 31-game road win streak with a thrilling 49-42 victory. This year? The Tigers are a perfect 10-0 and No. 4 in the country. You better be sure that Henderson State is awaiting its chance to play spoiler and end Ouachita Baptist’s current win streak.

No. 13 LIU Post faces off against New Haven for the Northeast-10 title. Both teams are undefeated in DII football play and this clash of the NE10 titans could boost the winner to the top spot should Notre Dame (OH) see an upset in the final week.

No. 24 Tiffin battles a tough unranked Findlay team. Not only did the Dragons drop in the AFCA rankings after their loss to Hillsdale, but they also fell to No. 8 in Super Region One. Their postseason hopes hang on the final score of this one (you can watch on NCAA DII Twitter and Facebook).

MORE: Regional rankings | Programs with the most DII football titles