(This piece originally ran on NCAA.com. You can read the full feature HERE.)

Opening weekend of the 2019 college baseball season is quickly approaching with first pitch set for the weekend of Feb. 15.

MORE: 12 opening weekend matchups to be excited for

Just how will the road to Omaha be traveled? Finding the answers to these nine questions should shed some light on what to expect from the 2019 season.

Who will win a stacked ACC?

Last season, six teams from the ACC made the NCAA tournament, with North Carolina making it all the way to Omaha for the College World Series. All six of those teams —UNC, Louisville, Florida State, Duke, NC State, and Clemson — should be right back in the hunt, but there could be a surprise lurking in the midst.

Louisville should only get better. This team was seemingly decimated between the 2016 MLB Draft, losing five players to professional baseball before the fifth round, and then watching all-world, two-way star Brendan McKay go fourth overall in 2017. To think last season would be a step backwards and a restructuring season was fair, but the Cardinals instead reeled off a 45-win season and earned a No. 2 seed in the tournament. With star Logan Wyatt leading a strong supporting cast of returners, Louisville may be the early season favorite. 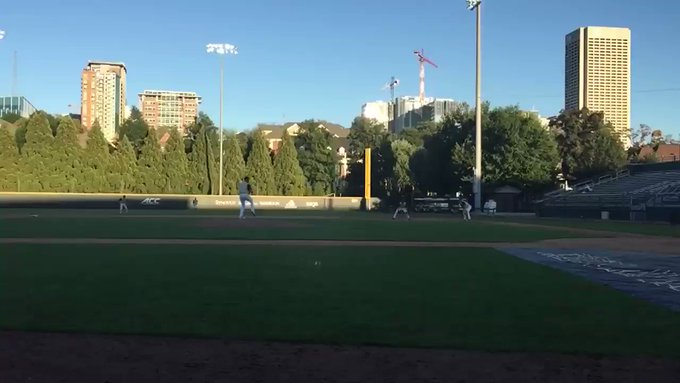 While you can never rule out UNC, especially with big-hitting Michael Busch and a hopefully healthy Gianluca Dalatri returning as the ace, all eyes should be on Georgia Tech this season. Sure, they lost Joey Bart, one of the premier offensive threats in college baseball, but they have plenty of pieces to compete, especially on the bump. Connor Thomas should be one of the best in the game, and Xzavion Curry has made exciting progress. If freshman Luke Bartnicki can make the impact expected, watch out.

Can Florida State’s Mike Martin win his elusive title in his final season?

Is the 40th time the charm? Martin’s place in college baseball history is secure, no matter what the outcome is in his final season with the Seminoles. College baseball’s all-time winningest head coach decided to come back for one more go in 2019.

Martin has coached 39 years at his alma mater and has made the NCAA tournament in every one of them. He’s reached the College World Series 16 times and finished the national runner-up on two occasions. The only thing missing from his resume is a championship trophy. He has some nice pieces, especially a pair of Drews in returning ace Drew Parrish and star third baseman Drew Mendoza, but will have to battle in the ACC. We’ll see if this team can play above expectations and get Martin that trophy as he walks off into the Tallahassee sunset. 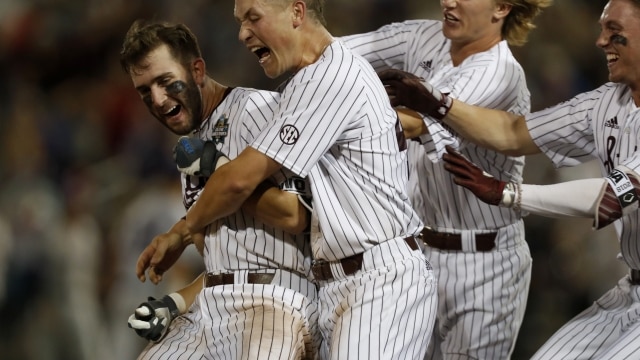 CHECK OUT THE TOP PLAYS FROM THE 2018 COLLEGE WORLD SERIES

How good can LSU be?

In one word: Very.

Continue to NCAA.com for the full story.