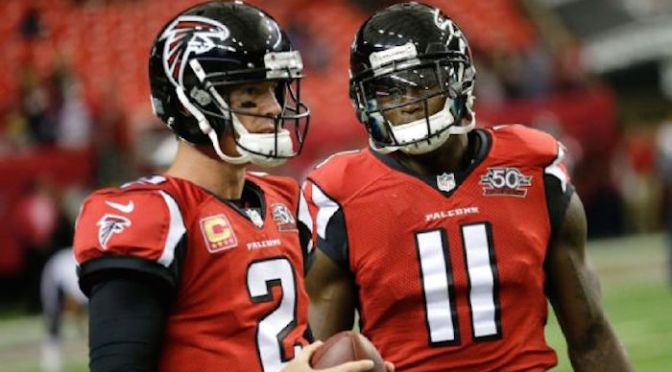 Two teams left. One is a Super Bowl stalwart, making their seventh trip to the big game this millennium. The other? Not many expected the Atlanta Falcons to be there. But they are, making their first trip since the 1998 season.

So how does the Top 12 look this week?

4. Pittsburgh Steelers (Last Week: No. 4). Last week, we said the Steelers biggest difference this season was that they were learning how to win without Big Ben at his best. Now it appears they need to learn to win without Le’Veon Bell at all. I don’t care how talented he is, it is very hard for me to call someone the best player in the game when they have missed as many games as he has. We also think that Big Ben would have played under the same circumstances.

3. Green Bay Packers (Last Week: No. 4).  Aaron Rodgers is good. He’s legendary. And had he had any semblance of a team, he could have pulled off one of the greatest in-season turnarounds in the history of the sport. But these Packers need work. Randall Cobb continues to trend downward. He’s made stars out of Ty Montgomery and Davante Adams, and has helped in the reemergence of Jared Cook. But they need defense and a real running back to be considered contenders any time soon.

2. Atlanta Falcons (Last Week: No. 2). Matt Ryan is amazing. That’s all there is to it. Devonta Freeman and Tevin Coleman combine to form a ferocious running attack. Julio Jones became the third receiver all-time to post two 180-yard games in the postseason (Jerry Rice and Fred Biletnikoff are the others). And the defense has been superb the last several weeks. Can this team beat the Patriots? Absolutely. And the Patriots should be scared.

1. New England Patriots (Last Week: No. 1).  Tom Brady. You want to know why the Patriots remain No. 1 over a red-hot and scary Falcons team, it’s Tom Brady. Sure, I argued early this year that his numbers may be inflated throughout his career because of the system he is in, but no one could ever run this system, or any, as successfully as Brady can. This could add up to be one of the greatest Super Bowls of all time.