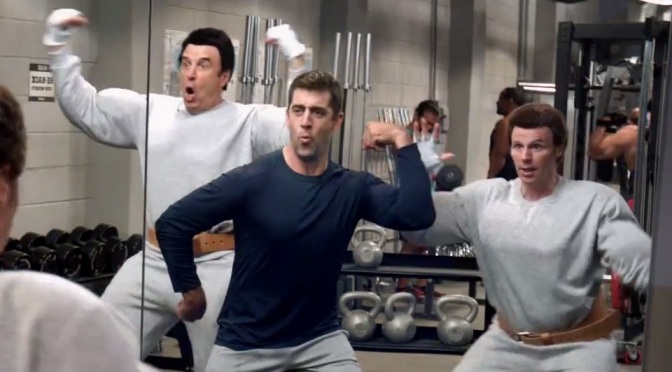 The New York Giants and Green Bay Packers are grooving. So much so that they may have changed the landscape of the entire NFC playoff race. The AFC only has one big change… but it is seeing the reigning Super Bowl champions fall out of the top six.

Honorable Mention: Houston Texans (Last week: HM); Tennessee Titans (Last week: Not ranked).  The Texans finally benched Brock. Tom Savage threw the ball both forward and long, two things Brock couldn’t accomplish in 13 weeks. Savage still has work to do, but he was a huge improvement, and led a comeback win. The Titans are tied in record with the Texans atop the abysmal AFC South, but their comeback win against that Chiefs defense proves they are for real. Their Week 17 matchup is going to be exciting after all.

No. 5. Baltimore Ravens (Last week No. 5). That was about as close as it gets for the Ravens, but they pulled through. This Sunday night against the Steelers will be huge. Ravens win, they are in the driver’s seat and shoot up the rankings. They need to figure out that run game if they want to survive in the playoffs.

No. 4 Kansas City Chiefs (Last week No. 2). You can argue that the Chiefs have some huge wins this year, but the bottom line is they let the Titans team back into that game… and they are a possible first round opponent. This offense needs to find consistency.

No. 3. Pittsburgh Steelers (Last week No. 4 ). The defense steps up when they need to and Le’veon Bell is the best player in the NFL. There is something wrong with Big Ben. He needs a strong showing against the Ravens stout defense for us to believe they are Super Bowl contenders.

No. 2. Oakland Raiders (Last week No. 3). The offense is struggling and the whole Derek Carr couldn’t get under center ordeal certainly took them out of their rhythm. That being said, this is still one of the more well-rounded team and they have one of the best kickers in the NFL this season, which has been a rarity and could play a huge factor in the coming weeks.

No. 1 New England Patriots (Last week No. 1). Tom Brady and the Patriots have historically struggled in Denver. So much for that.

Honorable Mention: Tampa Bay Buccaneers (Last Week: No. 5); Detroit Lions (Last Week: No. 4): It’s pretty obvious why both fell. The reason they are still both a threat is because they lost to two very good football teams. The Lions are currently still in the playoff hunt, but as Dunton pointed out, two games against Dallas and the Packers don’t bode well for their chances.

No. 5. Green Bay Packers (Last Week: Honorable Mention). There is simply no denying that the Pack is back. Their defense is what it is: opportunistic and vulnerable but seem to rise at the right time. Rodgers and Nelson are back on track and it’s time to give Montgomery 20 carries a game.

No. 4. Seattle Seahawks (Last week No. 4). They decimated the Rams this week, but does that really call for a move upwards? Russell Wilson needs to show consistency, and they need to prove Earl Thomas’s absence won’t be an x-factor against stronger opponents, but they are the Seahawks. This is their time of the year.

No. 3. New York Giants (Last Week: Honorable Mention). The G-Men are for real. At home at least. They’ve taken down two playoff worthy teams in a row, but need to improve their play on the road, especially since they may be a wild card team if Dallas keeps winning. Still, despite the total lack of a running game, OBJ and the defense are difference makers.

No. 2. Atlanta Falcons (Last week No. 2). The Falcons had two terrible teams to rebound against after that tough loss to Kansas City and they did so dominantly. Vic Beasley has revamped this defense and even without Julio, they did just fine. That’s not to say they will succeed without Julio in the playoffs, but they were able to get others involved, making their offense only stronger.

No. 1. Dallas Cowboys (Last week No. 1).  Dak bounced back, Zeke was Zeke. That was a tough Bucs defense these young bucks went against and they weren’t phased. There’s no room for error though. The Giants are hot on their trail, and with the tiebreaker, this week’s showdown against another solid defense has become even bigger.

So… did we get it right? Let us know and come back next Tuesday for our next power rankings of 2016.