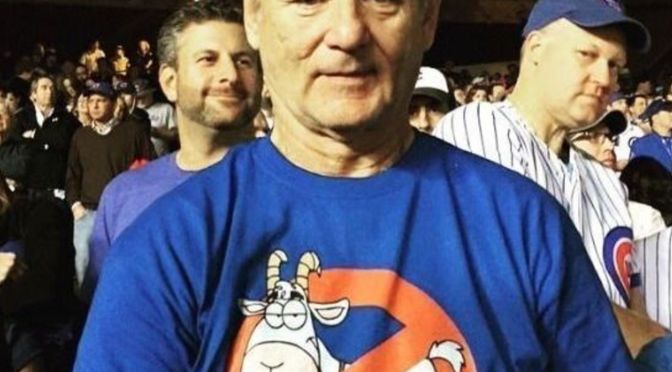 (Note from the editor: Today’s World Series Preview isn’t a prediction special. It is a recollection of what 36 years of being a die-hard Chicago Cubs fan is like in the words of my brother Jonathan. Thank you to my brother, who not only took the time to put his emotions and make his writing debut, but remained loyal to the lovable losers for as long as he has. Go Cubs Go!)

Here we are, on the eve of the first World Series for the Chicago Cubs in 71 years.The Cubs last appearance in the World Series was just two months after the end of World War II for the United States. I, like most baseball fans growing up in my town, idolized No. 23 though I was cheering for Ryne Sandberg and the Chicago Cubs, not Don Mattingly of the Yankees.  People do not realize watching the Yankees dominance the past 15 years how difficult it is to make the playoffs consistently. Don Mattingly never made it to the World Series. Ryno, in his Hall of Fame career, made only two playoff appearances, 1984 and 1989. I was too young to understand the epic collapse of the ’84 team to the Padres or understand the significance of the loss to the Giants in ‘89.  Just imagine this for one second however, if the Cubs win the ‘89 series, Game 3 would have been played in Wrigley, not Candlestick, and thus the earthquake would not have impacted the World Series.  A different history would have been written.

But those are the Cubs for you, the ‘lovable losers’ with a catchy victory song, Go Cubs Go, played at Wrigley following a Cubs win.  Year after year, the mantra of ‘wait til next year’ was the way it went.  There was hope when pitchers and catchers reported only to have dreams crushed before the season ended.  Players came and left:  Ryno retired; Andre Dawson would leave via free agency; Greg Maddux took less money to sign with the Braves; Mark Grace went on to win a World Series but not until he left for the Diamondbacks in 2001; Karl ‘Tuffy’ Rhodes had three home runs on opening day in 1994 off Dwight Gooden, but would go on to finish with only eight on the season; Sammy Sosa saved baseball chasing history in 1998; Kerry Wood striking out 20 batters in a game. The Cubs would go on to the playoffs in 1998 only to get swept by the much better Braves.  There were shining moments but never more than that. 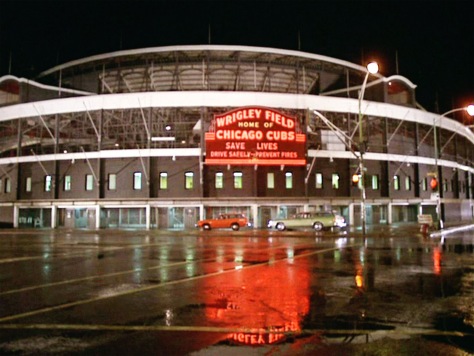 The 2003 team was the best hope for Cubs fans in time. Dusty Baker did a masterful job that year behind young arms Kerry Wood and Mark Prior. But as Cubs fans came to know very well, even a three games to one lead with two of the better pitchers in baseball was never safe. Carlos Zambrano lost Game 5 in Miami but nobody cared.  If you are going to win and advance to the World Series, this should be in Chicago.  All the Cubs need to do is win one game behind Prior in Game 6 or Wood in Game 7.

Game 6 of the NLCS of course became one for the ages, not in the good way but in typical fashion for Cubs fans. Before the bottom of the 7th inning, the Cubs were a mere six outs from moving on.  Bernie Mac sang Take Me Out to the Ball Game referring to the Cubs as champs…. and then the talk of curses and the goat began.  Steve Bartman with the alleged interference in foul territory, the easy double play ball that sure handed Alex Gonzalez misplayed and Mark Prior, who was dominant up until then, got hit left and right.  The Marlins put up an 8-spot and the game was over.  And for the most part, so was the series.

Remember though, this was only Game 6.  Kerry Wood, their best pitcher, had the ball in Game 7.  However, these weren’t the Yankees against BK Kim in the bottom of the 9th in 2001.  These were the Cubs; fans, including myself, knew the series was over before the first pitch of Game 7 was thrown.  Watch ESPNs 30 for 30 Catching Hell to better understand the life of a Cubs fan.  Steve Bartman was made to be the fall guy for a series of unfortunate events that occurred on the field that had nothing to do with him.  An entire city ruined a man’s life because he did not get out of the way of a foul ball that Moises Alou may not have even caught.  The Marlins went on to win the World Series, could they possibly just have been the better team?  No, it was Steve Bartman and a curse.

Sweet Lou arrived in 2007 bringing new life to the Cubs and their fans.  Pinella led the Cubs to back-to-back Central divisional titles, only to be swept in both years by the Diamondbacks and the Dodgers respectively.  Two years in the playoffs, zero wins.  Yep, these are the Cubs.

In 2011 the reformation began as Theo Epstein was hired as President and Jed Hoyer as GM. This would be a slow process, electing to build through the draft by selecting power bats; trading away any talent they had and signing international free agents.  Even though Mike Quade was named manager, “In Theo We Trust’ replaced ‘wait til next year’.  Young hitters and veteran pitchers built the current roster which was bulked up in 2015 when they were able to get one of the game’s best managers in Joe Maddon’s. Most thought the young kids were a year or two away but Joe was domineering in getting them to the NLCS in his first year.  While they were swept by the Mets, it was an amazing accomplishment for such a young team to build on. Enter 2016, these are no longer the lovable losers no more.  This Cubs team was the best team in baseball.  They have a potential MVP and Cy Young winner.  Could this finally be the year?

After surviving the Giants in the NLDS, the Dodgers were up in the NLCS. I was listening to local sports talk radio in New York City on Friday.  It was the Beningo and Roberts show on WFAN, the filler time show slotted between nationally broadcasted Boomer and Carton and everybody’s favorite pope Mike Francesca.  Joe Beningo and Evan Roberts were picking their winners for Games 6 and 7 and both were picking the Dodgers.  Evan Roberts does not want the Cubs because of his New York bias. They played against the Mets, his favorite team. In what made for great journalism, Evan commented thereafter that in any big game against the Mets the Cubs seem to lose, like the sweep in last year’s NLCS.

So what was the rationale for the Dodgers, Evan? Joe Beningo then made an amazing proclamation.  He is pulling for the Dodgers. Why you ask? Because they have not been to the Series since 1988 and it was their time. Cleveland and the Dodgers are due, he claimed. It’s been too long for both organizations he said. The Cubs have not won since 1908 or been to the Series since 1945 but for some reason; the teams that last played in World Series in 1997 and 1988 respectively were both ‘due’.Joe claims to be a sports historian so who can argue with his logic. All of a sudden, the ‘lovable losers’ are actually being hated?

Game 6 was Saturday night in Wrigley.  Another Game 6 at home with a 3-2 lead, is this going to happen again?  As John Smoltz kept saying throughout the series, this team is too young to understand the magnitude of history that is surrounding them.  Maybe he was right. Maddon brought a sense of calm to this team.  Nothing could faze them.  Being shut out in back-to-back games would demoralize most teams, not these Cubs.  Top of the 9th, runner on first with one out, the perfect double play ball was hit to the shortstop Addison Russell.

Thoughts of Alex Gonzalez all over again flashed through most Cubs fans.  But no, this was different, not this team.  Russell fields it cleanly to second, Javy Baez throws to first and the ball hit Anthony Rizzo’s glove for the final out.  The game was over.  The Cubs were heading to the World Series after beating the best pitcher in the game. This was not a sigh of relief but a sense of euphoria the Cubs actually did it, let the party begin!  This was more than a game, this was history.  Tom Ricketts and Theo Epstein spoke for those great Cubs that never made it.  Billy Williams and Ryne Sandberg were in attendance at the game.  Ernie Banks and Ron Santo passed before they got to witness this but all were mentioned. Life-long Cubs fans Eddie Vedder and John Cusack were in the locker room spraying champagne and celebrating with the team. I was watching the game with my girlfriend.  During the postgame, I could not stop smiling and she even started tearing up. 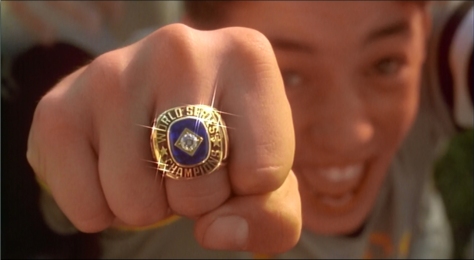 Sports are an emotional rollercoaster for the avid fan or the occasional watcher. Make that tenfold if you are a fan of the Cubs. I received text messages saying ‘congrats’, even though I had not done anything. But people knew the life of a Cubs fans.  Sorry Beningo, this was not time for Dodgers. This was time for the Cubs, their fans, the city of Chicago and to possibly — and hopefully — adding to baseball history. 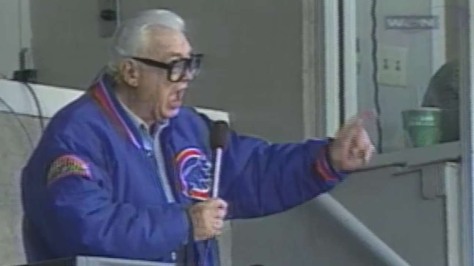 One thought on “From Ryno to Rizzo: My life as a Cubs fan”