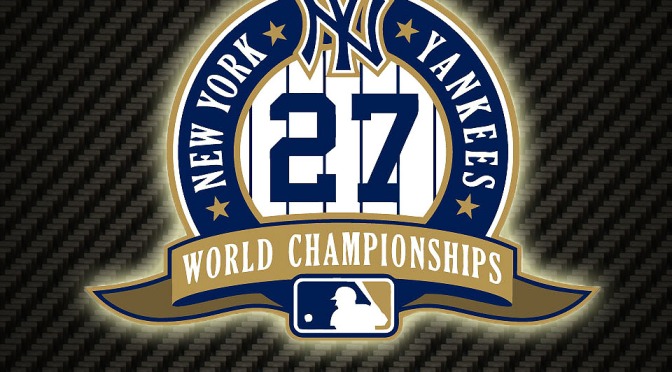 I have said it before, but it’s worth repeating. Growing up a New York Yankees fan, I have been duped by the Baby Bombers prospect hype machine too many times. That’s not to say I don’t believe Luis Severino won’t bounce back, nor does it mean that I don’t believe that Aaron Judge will be the starting right fielder soon (even though I stand pat in what I said last month in that he is not ready for his promotion).

What it does mean is that when analyzing the Yankees farm system, I often try to look a little below the surface, outside of the commonly accepted top ten Yankees future stars. After all, no one was sitting there in 2005 saying, “Man, I can’t wait until Robinson Canois ready.” That’s why I was a bit heart broken when they parted ways with Rookie Davisthis past spring, but to get Aroldis Chapman it seems like a no-brainer, despite the fact that he is tearing it up for the Cincinnati Reds right now.

Miguel Andujar intrigues me. Currently a third baseman in Tampa, he has a lot more Scott Brosius than Graig Nettles, but both were starting third baseman for World Seriesteams. Whether he will stick at third is to be seen, but he does have a lot of promise.

Andujar is already a five-year minor league veteran signing with the Yankees at the age of 16 out of the Dominican Republic in 2011. He showed improvements in each of his first three years as he moved from the Gulf Coast League to the Sally, but 2015 — his second go in the FSL — was kind of a year in limbo for the young third baseman. The first half of the season appeared as if he would regress, but the second half of the season showed what the Yankees hoped Andujar would become.

The 6-foot, 175 pound right-handed hitter and thrower slashed a worrisome .243/.288/.363 on the season as a whole last year, but that was in large part due to that slow first half. He slashed .277/.325/.400 in the second half last season with an improved strikeout-to-walk ratio (58:13 in first half as compared to 32:16). He strung together a 15-game hitting streak in early August and at the end of the season was Tampa’s leader in hits, doubles and triples.

The Yankees hoped to see the improvements that Andujar made after June last year stick in 2016, and thus far they have. He has put his traditional slow start behind him and has come out pretty hot. He is currently slashing .277/.332/.467 with a .798 OPS, the second highest in his career. It’s also worth noting that he has posted the second highest wRC+ in his career at 142, and considering that he has been average at best the past two seasons (98 and 99) this is a pretty big number.

His BABIP is .280, so his .277 batting average — the second highest mark of his young career — is pretty indicative of what he is doing. He is second in the Florida State League with nine home runs (his career high is ten) and leads the FSL in RBI at 37. His strikeout-to-walk ratio is also the best of his career, striking out 24 times (11.7-percent) and walking 13 (6.3-percent).

So what do we know about Andujar? He has a monster arm, which is why he is at the hot corner right now. He has the type of arm that you hope one day he gets into a blow-out as a pitcher so you can see him blow fastballs by hitters. He has quick hands and athletic range at third, however he is very error prone, making 26 in each of the last two seasons. Sometimes it is from trying to do to much, other times it seemed like lack of focus. He certainly has the athleticism to succeed at third, as has been shown by improved play this season (a career best .943 fielding percentage thus far).

At the plate, Andujar had big power as a dead-red hitter, but his improving strikeout rate has come in large part to an improved discipline and handling of breaking stuff. As mentioned with his defense, he has quick hands which helps him whip the bat through the strike zone. I’m not so sure that Andujar will ever project to 30-home run power, but he seems like he can be a 20-home run, 20-doubles type of hitter as he develops his tools.

He stands way back in the box, somewhat crouched with that back elbow up. He has a toe tap in his leg kick, seemingly more of a lunge, and it looks like he uses a bigger bat for his size. He gets the bat quickly through the zone.

For more projections and video on the Yankees budding star, head on over to Minor League Ball for my full article by clicking on the link below: