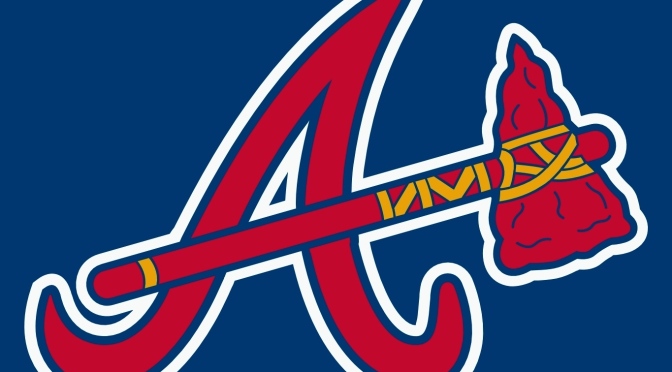 (this article is my latest at minorleagueball.com)

Tyrell Jenkins followed up a rocky first start with a great outing for the Gwinnett Braves this past week. Finally putting together a healthy season in 2015, just how close is Jenkins to the Atlanta Braves big league rotation?

Jenkins was part of one of the first of many big blockbuster trades John Hart made when assuming the role of GM in 2014. The 23-year old righty came to the Braves on the opposite end of the Jason Heyward trade with the St. Louis Cardinals. He was coming off a solid, but injury-riddled 2014, something that had become a trend for Jenkins.

Part of a first round that included names like Bryce Harper, Jameson Taillon, Manny Machado, Matt Harvey, Chris Sale, Christian Yelich, and Noah Syndergaard, theCardinals selected Jenkins 50th overall to close out the compensatory picks of the 2010MLB Draft first round. Coming right out of high school, and slated to play quarterback at Baylor University, Jenkins was considered one of the most athletic pitchers on the board despite being one of the rawest.

He spent his first two seasons in the Appalachian League, beginning his professional career with nice strikeout numbers (55 strikeouts in 56 innings in his 2011 campaign). He would watch them slowly decline as he climbed the ladder and faced more advanced hitting.

Jenkins had a successful 2014 bouncing back from 2013 shoulder surgery, but was still unable to pitch a complete season. Now a part of the Atlanta Braves, Jenkins headed in to 2015 without a full season under his belt in his five years as a pro, topping out at 82.1 the season prior to his surgery.

It clicked last season. He performed decently in his first career stint at Double-A. While in Mississippi, he posted a career best 3.00 ERA over 16 starts. His strikeout rate and walk rate were somewhat concerning, punching out just 59 batters (just under six per nine) while walking 41 (just around four walks per nine or 10% of the batters he faced) over 93 innings. He jumped up to Triple-A for nine starts where his strikeout rate and walk rate stayed nearly identical. Most importantly, he eclipsed 130 innings.

What Jenkins does best is induce ground balls, strand runners and keep the ball in the park. He’s actually never allowed higher than 0.79 home runs per nine, which benefits a pitcher who allows a few too many base runners. He simply isn’t going to blow a batter away with his stuff, he is going to fill the bases due to his command, but somehow, he keeps opposing teams at bay.

His two starts thus far in 2016 show the ups and downs of what Jenkins brings to the table. He lasted three innings in his debut, walking five batters and striking out four. 46 of his 76 pitches (60%) landed for strikes. His second start was a different Jenkins altogether. His command was better, landing 51 of his 83 pitches for strikes, however, he only walked one batter over six innings while striking out five. Based on Jenkins arsenal, this is what should be expected of him every time he takes the mound.

To find out more about Jenkins arsenal, what to expect in the not so distant future and see some video footage of him in action, click the link below and read the full article at Minor League Ball.