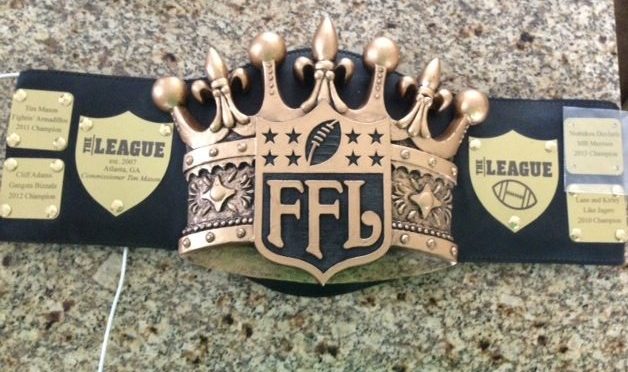 Last week was a wild one. Unlike the previous two weeks, it was not a high scoring affair. Much like the past 11 weeks, more key fantasy starters went down with injury: Devonta Freeman left in the first quarter with a concussion, Justin Forsett and Joe Flacco both went down for the season, and Michael Floyd, Marshawn Lynch and Emmanuel Sanders were late scratches after we were led to believe they would be starting.

Ahhhh…. life as a fantasy GM. The good news is that byes are over, right? Should make these Week 12 starts and sits a bit easier for everybody.

SUGGESTED STARTS BY THE WAYNIAC NATION EXPERT TEAM THAT GOT YOU POINTS:

(** These QBs got points that were relative to other QBs in a low scoring week for the most part. They weren’t great, but they were still near the top.)

PROBABLY SHOULD HAVE STARTED THESE RECOMMENDED SITS:

and of course the most annoying fantasy player of 2015:

RB Jeremy Hill: 45 yards rushing, 2 TDs. Here’s what I said last week:the modern day Jerome Bettis. If he doesn’t get two TDs, you realize he’s averaging 40 yards per game on the ground. The difference between Hill and The Bus is that Bettis became one of the NFL’s all time rushers before settling into that role.

Pretty much nailed it. Yet another 40 yard day on the ground on a whopping 3 yards a carry, but he did find those two TDs. He is the riskiest start in fantasy football.

Last week was a little rough, but there were plenty of under performers around the league. You’ll see we were still strong with who to sit, just some of our starts had some off days.

We are coming at you early this week with three games on tap for tomorrow. The rest of the gang returns Friday for updated starts and sits, so stay tuned!

Starts of the Week: QB Jameis Winston may have staked his claim to Rookie of the Year. He threw 5 TD’s against a horrendous Eagles Defense. I see at least 3 TD’s and 250 yards against the Colts. And, he is probably on some waiver wires waiting to be picked up by those of you worried about the Brock/Peyton drama in Denver or Tyrod’s status against the Chiefs. The Bucs are actually in the hunt for a wild card spot. Will they get it? Probably not but the fact that they are even in the mix has this guy excited and Jameis is playing good ball of late. Start him with confidence especially with V Jax coming back and Mike Evans remembering how to catch a ball.

Do you know why the Packers won last Sunday? Aaron Rodgers remembered that WR James Jones was brought in to replace the injured Jordy Nelson. Jones finished the game with 12 targets, 6 catches for 109 yards and a TD. A follow up performance this week is not out of the question, especially against the Bears.

Sits of the Week: I don’t trust anyone in the appetizer game Thursday (Lions/Eagles). This is a typical Lions Thanksgiving Day game that many thought was going to be a possible playoff preview. So much for those thoughts. Watch the dog show instead and wait until the afternoon games to focus on your fantasy team.

Starts of the Week:

QB: I really like Josh McCown and Brian Hoyer‘s matchups this week. Hoyer is playing the Rob Ryan-less Saints secondary, so they may actually play some defense, but if not, Hoyer could be a good injury replacement. McCown plays a weak Ravens defense, who have allowed 19 TDs to just 4 INTs to opposing QBs this season. Add a chip on the shoulder for losing his starting job to Johnny Football and you can bet McCown will light it up on MNF. I also love Blake Bortles this week against a Chargers defense that has allowed three solid weeks in a row to Joe Flacco, Jay Cutler and Alex Smith.

RB: Don’t let Chris Johnson‘s past two down weeks scare you off. He’s playing a 49ers team that just let Thomas Rawls go off for 209 yards. Lock in CJ?K as an RB1.

WR: Vincent Jackson should get back in your lineup. Vontae Davis will most likely be smothering Mike Evans all day. This Buccaneers team his vastly improved from last year and Jameis Winston is coming off a huge week that has to have his confidence sky high. For all the fuss that has been made about the Colts shutting down the Falcons at the end of the game last week, they failed to mention Ryan lit them up for 250 yards and three touchdowns in two and a half quarters.

TE: I know what you are saying. How are you picking Delanie Walker, Wayniac? It’s true. I have always said Walker was a good bye week replacement. I also realize that the Raiders have fixed some of their early season TE defensive woes (after allowing a whole zero yards to Ebron last week). Walker is Mariota’s primary option. You can also argue he is his only real option. Walker looks good and should be a top five TE this week.

Defense: J-E-T-S, JETS JETS JETS. The AFC East is suddenly in a downward spiral. What looked like a strong division is coming around to become the division most people envisioned. The Pats running away from a pack of three teams that were works in progress. The Dolphins are in disarray and as much as I want to believe in Tannehill, he hasn’t put up a solid fantasy week in four weeks, which included two games in a row without touchdown passes. The Bengals and Cardinals are great starts as well.

QB: Tyrod Taylor should be able to start this week for the Bills. He should not start for your fantasy team. Ever. He is not the same quarterback he was earlier this season, and it must have to do with his injuries. His balls float out of his hand and looks like he will get his WRs killed sometimes. Factor in the scorching hot Chiefs defense and this is a recipe for disaster.

RB: Thomas Rawls is going to be a hot pick up off the waiver wire for the few leagues in which he is still out there. He is also going to be started by tons of people after last week’s 209-yard dandy. The Steelers are not the 49ers. In fact, they have the fifth best rushing defense in the NFL. Rawls will have a good day because he will get tons of touches in that Seahawks run first offense, but you should expect closer to 15 points as opposed to 35.

WR: Last week I told you to have faith in Brock and still start Demaryius Thomas. While Osweiler did what I expected and came out gunning for his top WR, he seemed more comfortable with his TEs. I expect Malcolm Butler to take Thomas out of this game on SNF. Thomas will get you about 10-12 points, but with the bye part of the season over, you can do better than that.

TE: Jimmy Graham and Eric Ebron are sits for the rest of the season. Ebron fooled the fantasy world, coming out of the gates hot. Last week showed what Ebron is… a bust. This guy was the 10th overall draft pick of the Lions in 2014 and has the hands of an elephant. The Lions are starting to win ugly under Jim Bob’s new offense. You can bet Stafford wants to win out and he has to be losing faith in the inconsistent and ineffective Ebron.

Defense: The Broncos will still be the Broncos defense as long as Wade Phillips is at the wheels. But Tom Brady is trying to go undefeated and loves playing any team that Peyton Manning is on… even if he is riding the pine. The Broncos will get you points this week, but they won’t post their typical, dominating week. It may be a good week to stream a Texans or the Steelers.