Sunday night baffled a lot of people with that high scoring affair between two stout defenses. But it had nothing on Monday night’s stunner. SBJ is back with full disclosure of what went right and wrong in last week’s prime time games. 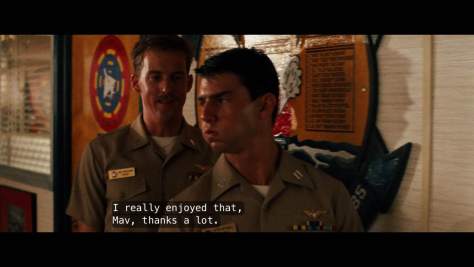 Well, that was painful.  That 0-3 night set me up for my second 2-4 week.  I just don’t get this Seattle situation with regard to the offensive strategy.  Seriously, what is the problem here?  Why do you get rid of a blue chip lineman in Max Unger for Jimmy Graham, and not target him more than you have thus far?

This is the mystery of the NFL year for me.  Guys, you have Jimmy “Freakin'” Graham now.  Are there offensive egos that will be offended if you start making him the first option to move the chains?  I’m sure Lynch wouldn’t mind fewer carries if it meant Wilson roll outs to Graham was preventing these constant three and outs.  Roll Wilson out on play action to Lynch, and if he’s covered, then Russell scampers for at least five yards every damn play.  Then Marshawn is the redzone beast driving it down their throats.  Where’s the confusion?

I shouldn’t see another box score for the rest of the year without Graham having less than eight catches a game, for at least eighty yards, with at least one touchdown ever other week.

The LOB has been carrying this team for the last three years, and they obviously could use a little offensive support now and again.  Could you guys step it up?  I’m sick of this crap.  This Seattle offensive gameplan drives me up a wall.  I just don’t get it.

Now, that’s the defense I drafted number one!  Nice of you guys to step it up.

Obviously, with the public over hitting in SNF, you should have known this MNF House under was a lock, right?  Please tell me you jumped on that MNF under after the SNF over came in.  That is our number one general principle with total point bets, students.  You wouldn’t have been worried for a split second from the jump.  That was under before it began.

With the side action, the people have hit only one in the last three weeks.  So, I see the public hitting one this week.  When choosing your bets, keep that probable result in mind.  Just look at the SNF and MNF side trends, and decide which one the people will win.  That’s your assignment.  Then commit to riding with The House on the other side bet.  Once you have your public side pick, I want you to rake it to The House on the Vegas total point action in said public side winner game you’ve chosen.  Got all that?

Now, about this Texan team.  First off, terrific helmet color and logo.  It’s a top five design to me.  Great patriotic color scheme, and I really like the dark navy look rather than your typical standard navy.

Arian Foster is my main man in Houston.  He was signed by the Texans as an undrafted free agent in 2009, and was added to their active roster, from the practice squad, the day before my birthday, on November 17, 2009.  All I needed was a glimpse of him during a 2010 January game against the Pats as a starter to know he was going be wearing my fantasy franchise colors by Labor Day of that same year.  I snatched Arian in the third round of my 2010 fantasy draft.  It received a rather skeptical “Who?” from our draft room gallery.  The league had collectively classified the selection as a “definite upside reach”, with a top 30 pick.  Nobody knew who this guy was. I knew.

The Wayniac himself even sent me a text right before the 2010 Week 1 home opener hoping my unwavering faith in Arian as a fantasy stud would come to pass for his Texan’s sake.  I texted back, “Watch this.”

He dropped 231 yards on the ground alone, and scored three touchdowns.  Yup, Mic Drop City.  He didn’t even technically start the game.  Steve Slaton started, and Arian replaced him…then gave Slaton his starter status pink slip.  We watched him crush franchise records on opening freakin’ day, mind you.  He lead the league in rushing that year, which made him my 5th league leading rusher selected in 12 years of fantasy.

We had E.J. in ’98 & ’99.  Ricky Williams in his first season with Miami in 2002.  Followed up with Jamal Lewis in 2004.  Traded for Adrian Peterson 2012 in a mid October deal, which was as buy low as you’re ever gonna get with him.  Got him right before Week 8 of that year.  Total steal.  Plus, DeMarco Murray was our guy last year, so running back is definitely my fantasy strong suit.

Bottom line, if you’re in a 10 team “snake style” draft with me, then there is a 59% chance that I will own the top dog in rushing.  Without a top 4 pick 82% of the time, by the way.  That’s why I never had a single Chargers season before 2007 with LT on my roster.  Sucks.  Never had LT.  Can you believe that?  How many people can say that?  He was long gone before our first picks could even get close.

My fantasy partner and I have been referring to ourselves as distant cousins to the Shanahan family for almost two decades now due to our running back level of expertise.  I’ll stop tooting my own horn now.  You get the point.

Just wanted to start my editor’s day with a smile by paying my love and respect to his pride and joy…the one and only, Arian Foster.  I pray he has a full recovery and is able to do what he does next season.  It’s like watching a gazelle in the open field.  So proud of that pick.

That would be my jersey, in the dark navy, if I was a Houston fan.  I still might get one anyway just because it’s such a sick jersey.  I absolutely love the Texans style.  Had to be said.