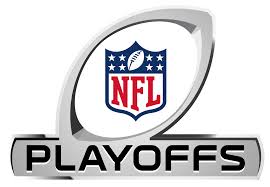 Finally! The moment we have all been waiting for is here. It’s the return of Wayniac Nation after a three week hiatus! Well, that and the NFL Playoffs are here, which I suppose is equally as exciting.

It was an unbelievable season in the NFL that came right down to the final play as heading into week 17 only the New England Patriots knew their fate. My poor, poor Texans barely missed out on the last playoff spot as Joe Flacco woke up in the fourth quarter and locked up the final playoff spot for the Ravens. While the Texans head home with a 9-7 record, I still think J.J. Watt should be the league’s Most Valuable Player and Bill O’Brien should get some votes for Coach of the Year, although Bruce Arians should walk away with the award.

So, what can we expect from the 2014 playoffs? As we have learned in the past by the performances of annoyingly, terrible teams (I’m looking at you Eli Manning and the New York Giants), it’s not always the best team that wins, but the hottest. This year, the best and the hottest may be the same team.

FIVE THINGS TO LOOK FOR IN THE NFL PLAYOFFS

5. How much do the Cardinals have left in the tank?

The Cardinals have had a remarkable season. They went 11-5 in arguably the toughest division in all of football. They did it with three different starters at quarterback due to injuries. They had a makeshift backfield due to injuries to budding star Andre Ellington and not one wide receiver broke 1,000 yards as Larry Fitzgerald missed some time this year as well. Now, they travel to the right coast to take on the NFC South Champion Carolina Panthers.

The Panthers snuck into the playoffs with an abysmal 7-8-1 record after carpturing the NFC South in a 34-3 trouncing of the Atlanta Falcons. These Panthers are not a good team. Seriously, that’s the nicest thing I can say about them. The only thing with any consistency on their 16th ranked offense was that everyone spent time hurt. But, despite being under .500, they have the luxury of playing at home, where they were .500 on the year. Man, these guys were barely good at home. How did the Falcons lose to these guys? I guess Mike Smith has plenty of time to figure that out now.

The Panthers are riding a 4-game winning streak into round one, albeit the four wins came against teams with a combined 22-42 record. The Cardinals come in on a 2-game losing streak against NFC West rivals that ultimately led to me losing $10 to Kid Robot and the Cardinals not winning the division. If Drew Stanton can start, Bruce Arians could find a way to get these Cards a win. If Ryan Lindley is at the helms, expect Cam Newton to control the clock and the Panthers 11th ranked pass defense to advance.

4. Has the Bell been too dinged up?

I was ready to join the Pittsburgh Steelers bandwagon. My brother is a die hard fan, Big Ben has been kind to me in fantasy football three years in a row, and there was simply something about this team that gave me the feeling they could make that run for number seven. I think that something may be on the sidelines Wild Card Weekend now.

The Steelers possess two of the best players in the NFL. It is time to give Antonio Brown due credit. The dude is a beast. He can run, catch and throw. He improved on his freakishly amazing 2013 breakout year by leading the league in receptions (129) and receiving yards (1698). His partner in crime has been Le’Veon Bell.

Bell vastly improved from an injury-riddled rookie season and looks like he is one of the better backs in the league. I would even go and say he is part of the new elite running backs in the NFL. He added 854 yards receiving to 1,361 yards on the ground for 2,215 total yards. He helped return Big Ben to greatness. The threat of Bell out of the backfield allowed Big Ben to torch defenses for 12 touchdowns and no interceptions in a 2-week span earlier this year, or one more than Bucs starter Josh McCown threw all year. And now, Bell is out.

Bell suffered an injury against the Bengals Sunday night and will miss the grudge match between the Steelers arch rival Ravens (aka the d-bags that kept my Texans out of the playoffs). I think the Steelers can still sneak one out with Big Ben, Brown and the rest of the offensive weapons they have. If Bell can return next week, this team has a serious chance to run to the Super Bowl.

3. Is this Peyton’s last stand?

Get this: Peyton Manning has thrown for three touchdowns over the last four weeks. That’s not a typo, folks. Possibly the greatest QB of all-time has even laid two goose eggs over that span. Here’s what’s more impressive: the Broncos are 3-1 over that time.

Still, there’s something not entirely right about Manning right now. It is certainly possible that Manning is fooling us all and doing this as a decoy for opposing defenses to plan against in the playoffs, but this is not the same Peyton Manning that was shredding things up until Week 10.

C.J. Anderson (the one and only) has definitely come into his own and has shown that he can lead this team to victory. Still, if Peyton doesn’t get his groove back, this team may go home without a playoff win in 2014. And then the guessing game of whether or not we hear Omaha next year begins. 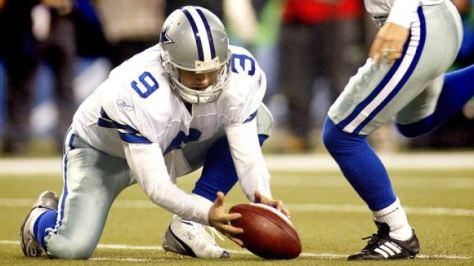 2. Is this finally the year Tony Romo breaks through?

My answer has nothing to do with Romo’s unfortunate (and extremely hilarious to all Cowboy haters) postseason history. I simply think the Cowboys are going to struggle against the Lions this weekend. Vegas has the Cowboys as a 7-point favorite, but I think this game can go down to the wire.

I’m not predicting an upset, especially with Mr. Cheap Shot getting Suh-spended, but the Lions can beat the Cowboys. Should the Cowboys make it through, they have to travel to Lambeau and face off against that other MVP candidate Aaron Rodgers. Rodgers has led the Packers to an 8-0 record at home while scoring 40 points a game on the infamous frozen tundra. I don’t care what the Cowboys have accomplished on the road this year, no matter how impressive 8-0 is. This is the playoffs, and when push comes to shove, Rodgers tends to shine and Romo tends to fumble…or throw a pick… or mishandle an extra point… or… well, you get the point.

1. So, who does the Wayniac think has the best shot?

I told you that if Bell can get healthy, there is something sneaky I like about the Steelers. But this really comes down to a three team choice for me.

New England Patriots – As long as Belichick and Brady are at the helms, the Pats are contenders. Bottom line. Once Gronk got healthy, this offense took on the persona of their star tight end. They were like a hungry bear who spotted a picnic basket. They can beat you through the air, they can beat you with one of their 17 running backs, and when the defense needs to step up, they can put the dagger in any team.

Green Bay Packers – Rodgers to Jordy Nelson is the most exciting thing to watch in football. Eddie Lacy turned that corner week five and may very well be the best running back in the NFL right now. That’s a bold statement, but when you can put the Packers on your back and win when Aaron Rodgers has an off day, you are just that good. You know that Rodgers, Nelson, Lacy, Randall Cobb and the rest of the Pack are thirsting for that rematch against the Seahawks.

Seattle Seahawks – They are the defending champs. They have allowed 39 points during their 6-game winning streak. They are playing the same Seahawks football that helped them take down the Broncos last year. No matter how slow the offense is playing right now, the Legion of Boom is geared up for an end run. Right now, the Seahawks are the team to beat.