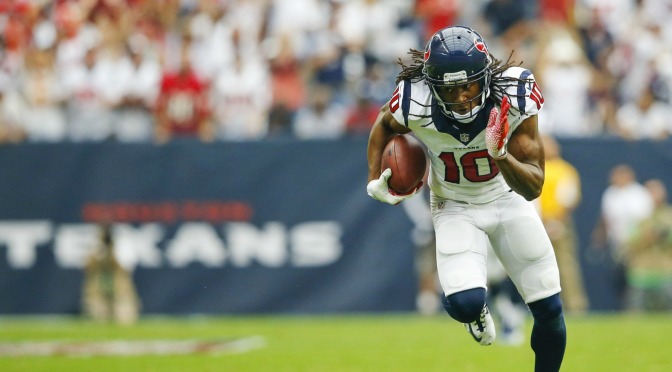 Last week was a wild one in the NFL. I’m not sure how many experts saw Ryan Fitzpatrick going off for 358 yards and 6 touchdowns, although yours truly picked DeAndre Hopkins as my Start of the Week. If you listened to me you enjoyed his 50-point day as he amassed 238 yards and two touchdowns.

Tre Mason blew up on the scene and I think he officially staked his claim as lead back in the Rams system. Aside from my Ryan Tannehill start, the rest should have gotten you a win. Ryan Mathews got in the end zone, Hopkins shined, Martellus Bennett had 20 points and the Vikings defense exploded. If I only listened to myself, maybe I wouldn’t have missed the playoffs against Carter. Who am I kidding? He had the deadly combo of Coby Fleener and Keenan Allen en route to a 198 point day. Can’t win em all as they say.

This week is huge. Making the Final Four is something to brag about a little. It’s like I told Nomi the Greek, getting knocked out in the first round of the playoffs is like not even making the playoffs. So we geared up this week and made sure you got you the best there is in the world of starts and sits! 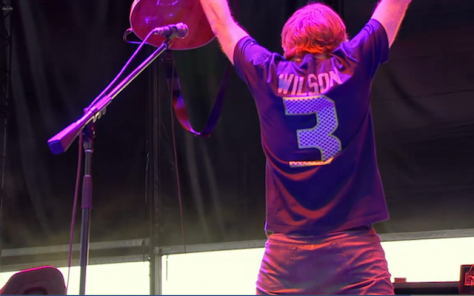 Fee:
Starts of the Week: Russell Wilson should shine against the Philly Defense. He should have a ton of opportunities both running and passing for the Seahawks on offense. You can also start the following with confidence: Joique Bell against the Bucs, Mark Ingram against the Panthers, Flash Gordon vs the Colts D as they have have been torched through the air this year, Odell Beckham Jr. against the Titans (did you see DeAndre Hopkins?) and Alshon Jeffrey against the Cowboys. That game could be a shoutout or at least he’ll get garbage time.
Sits of the Week: Keenan Allen vs the Pats shut down secondary. I know he was my preseason sleeper but you have to sit Lamar Miller this week against the Ravens. It is not the time for you to get cute. The Ravens have squared off against Le’Veon Bell, Mark Ingram and Ryan Mathews over the past four weeks and none have eclipsed 40 yards.

Dunton:
Start of the Week: The Rams Defense
So I’ll admit it: I was horrible last week. That being said I don’t see any real locks this week. I do like the Rams defense as a must-start against that team from Washington. No idea what is going on in DC but I don’t think they do either. Rams are coming off their best fantasy defense performance of the year and they can back it up with another solid outing against a team that has more issues than Capitol Hill.
Sits of the Week: Eagles Receivers
If you have any Eagles playing on the offensive side of the ball and you want to win the first round of the playoffs find another player. The Legion of Boom is getting it going and I just don’t see many stand-out performances happening offensively this week. This is The Sanchize’s biggest test, and I’m not sure he will pass.

Ted Reed:
Starts of the Week:
It is absolutely nuts that Jay Cutler and Brandon Marshall are not must-starts, but this season they have not been. This week they are. They are mad and need a win. The Bears could kill the Cowboys at home. Dwayne Allen will also do well and score in his first game back.
Sit of the Week:
You see what Dunton said about The Legion of Boom? That’s bad news for Mark Sanchez as I am going out on a ledge and predicting that he’ll probably throw a few picks!

The Wayniac:
QB: Colin Kaepernick – If you have followed Wayniac Nation all season, you know I think this bum is the most over rated player in the entire league. But he is playing the Raiders. The Raiders let up two passing touchdowns to Shaun Hill last week and Tre Mason ran all over them. The 49ers are in a must-win, it’s the Battle of the Bay, and Kaepernick could score three times.
RB: Jonathan Stewart – Dig deep people, it’s the playoffs. DeAngelo Williams is out and the Saints can’t stop anyone out of the backfield. Four weeks in a row, they have allowed a running back (or backs) to approach 20 points.
WR: Kendall Wright – Did you see the Jaguars come back from 18 points down to beat the Giants? THE JAGUARS. Marqise Lee had a good second half, look for Wright to expose this terrible defense.
TE: Martellus Bennett – He’s my starting tight end in the playoffs. He better do well.
Defense: Packers – I know, this is an intense Monday Night match-up between two first place teams. The Packers are going to light up the Falcons in prime time.

Sits of the Week:
QB: Andy Dalton – I have a feeling this is going to be an old-fashioned AFC North defensive grudge match. It has huge playoff implications and the Steelers surprisingly have the 12th best defense in football. Plus, he’s Andy Dalton. He’ll probably hit A.J. Green for a bomb TD, but I wouldn’t expect more than 20 points.
RB: Tre Mason – Remember, folks, last week was the Raiders. Believe it or not, the Redskins have the 10th best run defense in football and at home, they shut it down. A lot of people will be chomping at the bit to start Mason after last week because they look at the Potato Skins and think they are bad, but they are not. Their problem is RGIII and he doesn’t play defense.
WR: Kenny Stills – The Panthers defense is awful. But here is how the Saints offense works: if you had a good week prior, you become invisible the next week. You simply can’t trust any consistency from any Saints receiver not named Jimmy Graham.
TE: Vernon Davis – Five weeks running as my sit of the week and he still hasn’t eclipsed five points in any of them. I don’t know what happened to this guy. Last time I had him on my team, I won a championship. He’s not the same.
Defense: Eagles – The Eagles are a very good defense but they make their name by being opportunistic and scoring touchdowns. The Seahawks don’t turn the ball over. Russell Wilson has just five picks this season, and although he’s fumbled the ball 9 times, the Seahawks haven’t lost a single one. Same with Marshawn Lynch, zero fumbles lost. They could shut the Seahawks down in real life, but that may not translate to quality fantasy points.