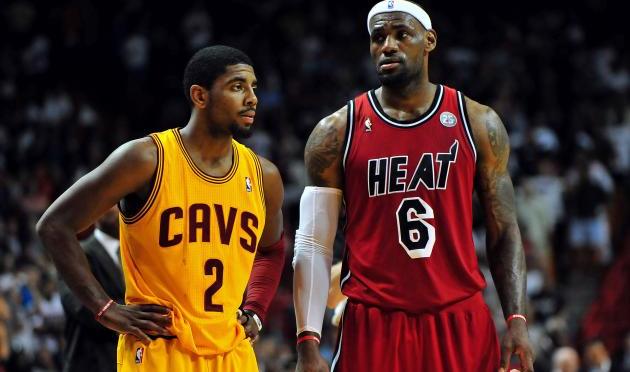 The reason I started Wayniac Nation, for those that are still unaware, was my complete and utter disdain for ESPN. I think a majority of their anchors are hacks and that their programming has become complete fluff. As I have said before, they are the TMZ/ Enquirer of sports. I get way more from my daily dose of Chuck and Chernoff than I do from ten minutes of SportsCenter. The coverage of the LeBron James Decision Part Deux has only justified my remorse.

That said, the biggest sports news of the week comes from the NBA. First overall pick Andrew Wiggins completely outplayed second overall pick Jabari Parker in their first meeting Friday in the NBA rookie summer league from Las Vegas. Elsewhere, LeBron James, aka The King, aka The Chosen One, also returned home to Cleveland, the place he left four years ago to rise to amazing heights in Miami while Cleveland sunk into obscurity. Fans burned Bron’s jerseys when he left for the Heat, Cavaliers owner Dan Gilbert said some harsh words about his character, and people across the nation deemed The Decision as the biggest egotistical piece of horse manure they ever had to endure. And now he is back. The Cavaliers went from 60-1 underdogs for the NBA title to the 3-1 overall favorites to win the whole dang thing. Here’s the thing: if this whole sign and trade with the Lakers and Bulls falls through for Pau Gasol and the Spurs wind up with Gasol, none of this matters. Tim Duncan and Gregg Popovich will have one for the other hand.

This whole thing smells fishy to me. I feel like this was David Stern’s master plan, and if any league in the world would set something up simply for ratings, it is certainly the soap opera that the NBA is. No one cared when Bron was in Cleveland, so did the NBA ship him to Miami, a major market, to revive the fading NBA viewership? You can’t argue that it didn’t work. The NBA is back and now, LeBron can go home. Maybe I give to much credit to the Illuminati, but I feel like that this was all set up four years ago. And now poor Carmelo Anthony has resigned with New York. I guess this guy never wants to win a championship, but at least he got a chip with my boys up in ‘Cuse! 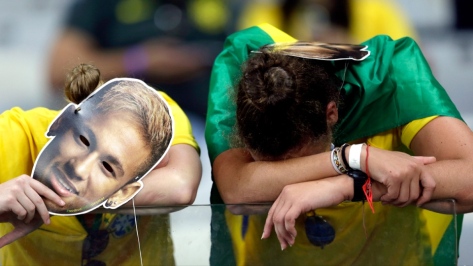 Moving on to futbol, today is the day we find out the kings of the world. The 2014 World Cup concludes today with Agrentina facing off against Germany. Germany decimated host country Brazil, scoring more times in six minutes than seniors do on prom night. It was unreal and seemed entirely too easy. Four goals in six minutes and a nation was left crying. CRYING!!! Could you imagine if Jimmy Dugan was the coach?

Lionel Messi gets the chance to add the final piece to his ultimate trophy collection and prove that he truly is the best player in the world. Argentina advanced to the finals after a grueling 120 minutes of nothing. Seriously, that game was why it is so hard to get Americans to completely convert to futbol. Then, when nothing was decided, they turned to penalty kicks. I like the concept of penalty kicks, but I do have a problem with such a big game being decided by them. They are largely luck, either the goalie chooses correctly and dives in the right direction, or you lose. Regular season games, sure. Quarter final games, why not? But once you are in the semi finals, I think you play until someone scores. And if players start collapsing then so be it! Could you imaging Game 7 of the World Series tied after 10 innings and they go to a home run derby to decide the world champion? Wait a second, that actually sounds amazing! 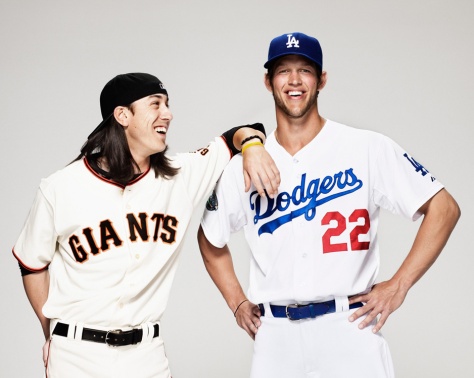 Speaking of the MLB, Clayton Kershaw and Tim Lincecum continue to do ridiculous things with the baseball. Kershaw’s scoreless innings streak was snapped at 41 yet he still hurled a complete game. His last seven starts are video game-esque: he has allowed a mere three runs while striking out 71 and walking six with a no hitter along the way. The Freak has been equally superb allowing just one run over his last four starts with a no hitter as well. Meanwhile, the Yankees have one, ONE, starting pitcher in their rotation that started the season with them. Looks like I picked the right year to start writing for my favorite team. Oooo, can I really line up that Jeff Francis interview now?

Lastly, the Andre Johnson soap opera continues out of Houston in the NFL. Andre wants out, but John McClain, who knows more about the Texans than Gary Kubiak ever did, says Johnson isn’t going anywhere. Due to his hefty contract, the Texans won’t trade Johnson and eat all of that money, so the question remains whether he will hold out or play. Across the state in Dallas, Kyle Orton still hasn’t reported either, leaving Brandon Weeden the backup for Tony Romo. That is the worst sentence ever typed in the history of the NFL.

Another week of sports is in the books. We have a lot on deck here at Wayniac Nation this coming week, including a look into why minor league baseball is so much fun. When you are finally Bron-ed out, come on back and check out some quality sports insights! Till next time.. MESSI MESSI MESSI!!!!

2 thoughts on “THE WACKY WEEK IN SPORTS: #LeBrontoClev #ComingHome Week”