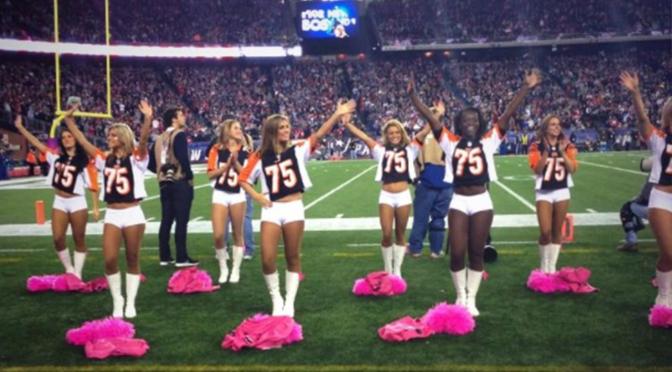 Well, folks, we learned quite a bit this past weekend. One thing is for certain: The Patriots and Tom Brady have plenty of life left in them. They’re also have classy cheerleaders, who donned Devon Still‘s jersey in support of his cancer-stricken four year old daughter, Leah. It brought tears to Still’s eye on the sideline and reminded us all to be #LeahStrong.

We also learned that Aaron Rodgers is back in the groove and up to his old mischief. He is simply unbelievable. How does someone in such a pass-happy NFL throw so many touchdowns and just ONE interception? Speaking of touchdowns, we learned that Peyton Manning is good at what he does. Manning threw his 500, 501, 502 and 503 touchdown this past Sunday, leaving him five shy of Brett Favre‘s record. Will he break it this week?

The Saints have a much needed bye this week. They had to fight back to beat the lowly Tampa Bay Suck-a-neers and Rob Ryan’s future has to be in question. The Kansas City Chiefs also have a rest week as they recover from a tough loss at San Francisco. That leaves 15 games on the menu. Which are the ones we should watch closest? That’s what I’m here for!