The North Alabama Lions are perfect in their NCAA Division I women’s basketball tenure.

The Lions, who made the jump to the ASUN from Division II this season, went on the road and defeated Vanderbilt 74-71 in its first game as a DI program. North Alabama wasted little time making its mark on the new division, opening up a 28-11 lead in its first quarter of play. Though the Commodores’ Autumn Newby scored 30 points — 20 of which came in the second half — in a late comeback, the Lions were able to stave off Vanderbilt’s surge and walked away 1-0 on the season. 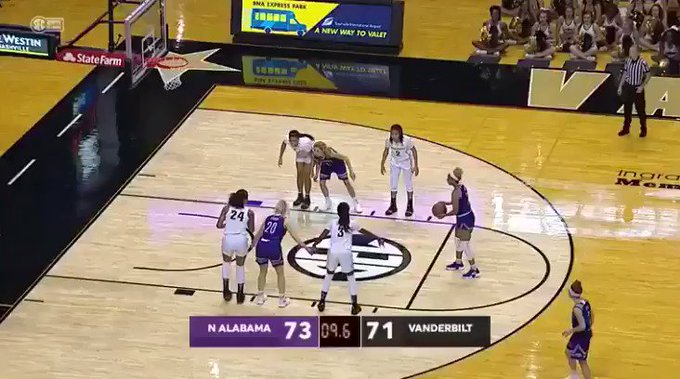 The Lions have been on the rise since the Wallen triplets took the court for the 2016-17 season. It’s fitting that two of the three —Emma and Ivy — led the way in the program’s historic win. Emma scored 19 points, while Ivy chipped in 13 along with eight rebounds and seven assists. Not only was the night historic for the Lions, but for Emma Wallen as well. Her 179th career 3-pointer capped the opening 12-2 run to start the game and also set the program record for most 3-pointers.

The Lions return to their roots in a matchup against DII Lane this weekend. Their next big test is the NJIT Classic on Nov. 24-25 in Newark, New Jersey against Southeast Missouri State and Western Carolina before they make their official debut in the ASUN Jan. 5.