So I missed the Thursday night game again.  No worries, FanDuel has now listed it’s main slate as Sunday only games.  I’m hoping that at some point this season, I’ll get to this prior to a Thursday night, but I’m not counting on it.

It also looks like I’m only going to get to Cash Plays this week.  I’ll try and update this with Tourney plays before Sunday, but don’t hold your breath.

END_OF_DOCUMENT_TOKEN_TO_BE_REPLACED

(Note from the editor: I came with the idea to Fee to become FanDuel Fee at the end of last season. Although I do DraftKings, I took FanDuel Fee’s advice and quadrupled my investment. I wouldn’t have asked him back if I didn’t think he knew what he was doing. As I did last year, I will pick a DraftKings team based on Fee’s picks and report back to you — The Wayniac)

At the moment, I can’t get into specific lineups for each slate.  To be honest, I missed the above articles because I have twin 3-month olds and a 2.5-year old toddler I’m dealing with at home. It’s quite the time consuming endeavor (it took me 12 minutes to write that last sentence).  Not to mention that my day job has been no better than brutal 10-hour days for the last month.

That being said, I’ll do my best to bring you my thoughts on the players I think are good for CASH games and TOURNEY plays.  As the season moves on, my kids start to sleep more, and my job quiets down a bit, I’ll try and give you much more in depth looks at my picks as well as Tourney plays and try and even break it down by slate as long as time permits.

END_OF_DOCUMENT_TOKEN_TO_BE_REPLACED 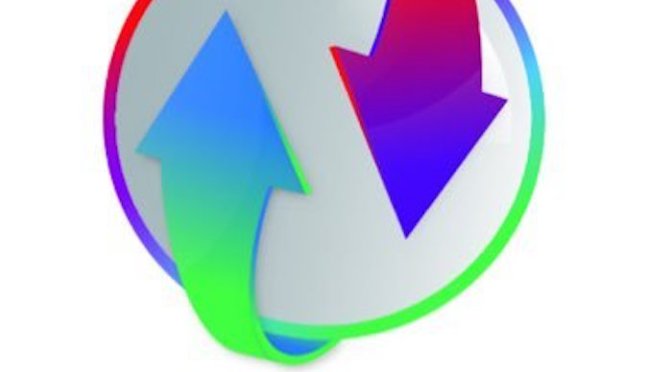 “The reports of my death are greatly exaggerated” – Mark Twain

Anyone who has played fantasy sports, either classic or daily, has read or in some way heard about the ongoing soap opera between Draft Kings, Fan Duel, and any State Attorney General trying to make a mark for themselves in the name of “public good”.  The main issue centers around the “skill” vs “luck” debate that each state must have because there are 50 different laws written to define each.

And we wonder why our government is broken?

What most of these debates don’t seem to take into account is common sense or even more importantly, common cents.

So with fantasy sports fighting the good fight that online poker wasn’t able to win (and continues to fight) we have to ask where will that leave the landscape of fantasy sports gaming?  It’s an honest question looking for an honest answer.  The public money seems to be buying into the slanted media depiction that fantasy sports are all but dead. However, we all know what usually happens to Joe Public’s money come Sunday. The smart money seems to be on an ultimately regulated market that will allow for transparency and customer protection.

And the smarter money?  Well, that just might be a bet on the next big fantasy gaming experience, whatever it might be.  Technology always outpaces legislation so it’s not a huge surprise that there is seemingly no shortage of new “DFS” platforms coming forward after DK and FD take a calculated step backwards.  But is it me or do they all seem to do the same thing?  Salary.  Draft.  Watch.  Set it and forget it.

Full disclosure, I’m an avid DFS player myself, whether it’s NFL, or NHL in which I find myself playing almost every day at the moment.  So, when a new site reached out for me to be a part of their private beta release during the Super Bowl this past January, I was admittedly skeptical.  What could this next game do that we don’t already have in what is quickly becoming a very crowded space?

We were told there were 100 invites given to participate in what they described as “the first real time interactive gaming experience”.  The concept, which we will get into, had my interest immediately. Real time and interactive? We’re listening…so I accepted, played, and might have taken a step to becoming believers in calling this, or something like this, what the future of fantasy and sports gaming will look like.

Ball Street Trading, Inc (www.ballstreettrading.com) is a FREE NON-REAL MONEY game set to launch on both APPLE and ANDROID and send itself into the fantasy conversation during the 2016 NCAA tournament with plans to  move forward into all major fantasy sports.  The game play is right off a Wall Street trading floor.  They told us to think Daily Fantasy meets “E*Trade” meets “NBA Jam”, and I have to agree, it’s a pretty good description.  You are basically day trading a specific game based on each team’s win probability.  Each player is given shares of both teams that trade from $0 to $100.  So basically each $1 is a percentage point of probability.  If the market thinks there is a 75% chance a team is going to win, that team’s shares will trade at around $75. The other team, with a perceived 25% chance to win would be trading at around $25.  Since you are given shares to both teams you are forced to trade out of one team at some point because at the end of the game the shares of the winning team will be valued at $100.  Shares of the losing team will be worthless at $0.  This concept allows players to take positions on either team and even change their mind at any point during the game.

That last point…that’s the key to making all of this so interesting.  You get to change your mind whenever you want.  No more drafts to only be stuck with a player.  Ball Street is allowing players to actually play the games as opposed to managing them.  It’s a concept that creates a lot of excitement throughout an entire game because you are constantly checking your “portfolio” of shares while you watch the game hoping to find information to make your decision on when to buy or sell shares.

Buy low.  Sell high.  It’s a video game as much as it is a fantasy sports game.  I would even go as far as to say it is very much a combination of e-sports and DFS.  It’s like trading on the New York Stock Exchange as you watch a game trying to out trade everyone else in the market.  During the Beta they had the ability to link your profile to your friends’ accounts so you can easily see how they are doing, this we think will be a great way for groups of friends to create daily leagues or competitions among each other.  Instead of those long text chains during the games you can have it all inside the app as you trade against each other.  Can we say #Venmo anybody?

There’s a lot to like here and the direction this company is taking fantasy sports, by introducing real time competition to sporting events, is something to take notice on.  It’s allowing you to actually play the games instead of just drafting and watching.

That being said, this idea probably isn’t for everyone. This is an actual live and real time trading exchange that will take some time for people to master if they aren’t experienced with trading or financial markets. It’s fast paced nonstop action. The backdrop of sports will help many get up the learning curve but will also leave some for dead by not adjusting quickly and correctly. This isn’t going to be as easy as picking a team and buying shares and waiting to win even if you get the outcome right. Games have flows and theses markets will too. It’s going to be interesting to see if people can spot a rally or see a team ready to collapse and then act on it early enough to profit. No more debating your friends on what you think will happen, Ball Street lets you prove it.

The over-arching debate of “skill” vs “luck” isn’t ‘something that can be debated here. This is all skill. All day. How will it translate into the fantasy sports conversation when so much has been centered around guys playing thousands of entries and their inherent advantage by doing so? Ball Street will only allow one entry per person so it’s every man for themselves. One entry. No Tears. I think this will allow for a more competitive landscape for all players willing to put in some time to understand the fundamentals on how the game play works.

Ball Street Trading, Inc. plans to launch during the NCAA providing a game each night to allow for deeper and more liquid markets. The more players the better for everyone. Once the tournament ends they will be jumping into the MLB season with the NBA playoffs to follow with all the PGA Majors this summer and of course with all eyes on Week 1 NFL.

It’s a concept that is different and compelling for people looking to actually play and compete on another level. While this isn’t for everyone I think this will find a home with enough people to become something that will change the way people are engaging with sports. Out at a bar trading the game against other sports-fans or sitting at home with some buddies watching, trading, and even betting. This has a love-hate type of platform written all over it but won’t be surprised if it attracts a strong following early. After only one game I am admittedly itching for another opportunity to trade another game.

Opening bell will ring during March Madness. Only time will tell if the fantasy markets will be long or short on Ball Street.

The regular season has come to a close and so has our Fantasy Football yearly league start em and sit em picks. Fee and I took a gander at FanDuel and Draft Kings selections last week and we did alright for you (more on that in a bit).

This week, Fee and I decided to look at a few solid picks for your Playoff DFS. This is where it gets tricky. The player pool is more limited with only eight teams playing. Everyone knows to pick Antonio Brown, but who are the little secret weapons that are going to boost your team?

I hope Fee and I have some of them for you below.

END_OF_DOCUMENT_TOKEN_TO_BE_REPLACED

I know. I said last week was the last fantasy football start em and sit em of the season. Well, our daily fantasy experiment has turned a profit three weeks in a row, so we may as well give you one last go for your 2017 season… regular season that is. We win this week, you may have us throughout the playoffs as well.

END_OF_DOCUMENT_TOKEN_TO_BE_REPLACED

This is it. Most fantasy football leagues — if they are done correctly — will see the culmination of 15 weeks come to an end in hopefully exciting fashion. I can only hope that since there hasn’t been a big drop off in viewership, most of you dear readers are going for the big prize.

There’s no time for niceties. Let’s get right to it.