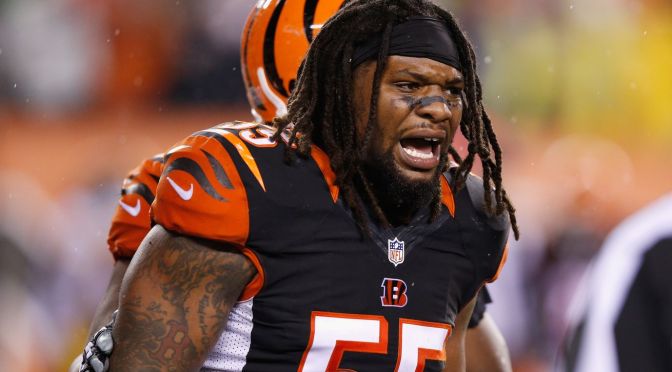 The NFL Playoffs reached new lows on Saturday when the nation had to endure Brian Hoyer leading my Houston Texans down the proverbial throne and ending a magical season. It was a season that saw the Texans fight back, but their immeasurable success had little if anything to do with Hoyer. He was the goat — not the GOAT — and hopefully took his last snap in Texans gear.

Thankfully, we have Vontaze Burfict, Marvin Lewis and Adam Jones who made the nation forget just how bad Hoyer’s performance was.

END_OF_DOCUMENT_TOKEN_TO_BE_REPLACED

Who does SBJ foresee as winners this week? Only one way to find out… keep on reading!

END_OF_DOCUMENT_TOKEN_TO_BE_REPLACED

We learned a lot this weekend in the NFL. One thing we learned is that the once vaunted Baltimore Ravens defense is not what they used to be, even on their home turf. We already knew, but were unfortunately reminded, that Jamaal Charles is paper thin. Oh, and we also learned that no matter how much you make fun of Joe Flacco‘s contract, Matthew Stafford is getting benched while making his ludicrous amount of money. The Lions are in bad shape, and Stafford appears to be in a serious decline.

We also learned that there are some really, really good teams in the NFL this season. Six teams remained undefeated after this weekend. Which of the six are going to be there come January when the playoffs start?