Three upsets in the top 15. A tremendous amount of rushing yards piled up on the ground. Two teams combining for over 1,300 yards. Conference titles decided.

Yes, indeed, it was just another wild weekend in DII football.

Let’s break down the box scores and look at what stood out in Week 10.

Shutouts posted by the top 25, the same number as last week. For the second week in a row, No. 12 Colorado State-Pueblo’s defense posted a zero, blanking Black Hills State 59-0. No. 5 Minnesota Duluth also handed out a goose egg to Mary, defeating them in dominating 55-0 fashion.

Upsets in the top 15. No. 6 Colorado School of Mines nearly pulled off the comeback, but unranked Dixie State answered in the final minute of play to win 52-45. Fort Hays State made its case for the postseason, defeating No. 10 Northwest Missouri State by one point, 17-16. No. 25 Hillsdale upended No. 15 Tiffin 48-26, taking the Great Midwest Athletic Conference along the way. 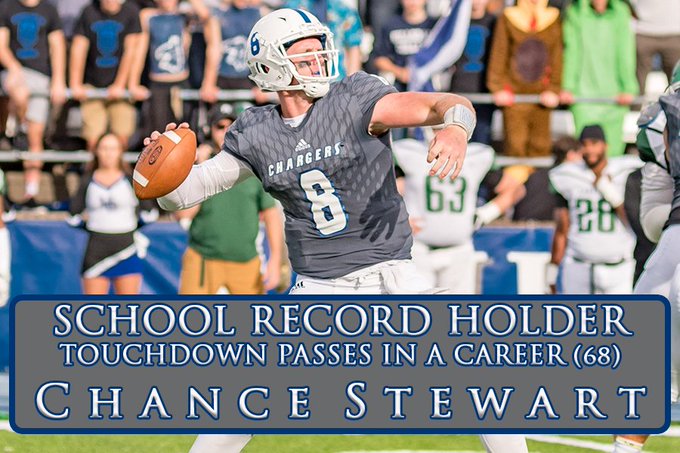 Teams that scored more than 40 points this week, the same exact number as last week. No. 19 Central Washington led the way with 74 points as the top 25 teams combined for 883 total points on the week. No. 22 Indiana (Pa.) had the lowest output, though it was still able to hold on 13-6 over Edinboro. 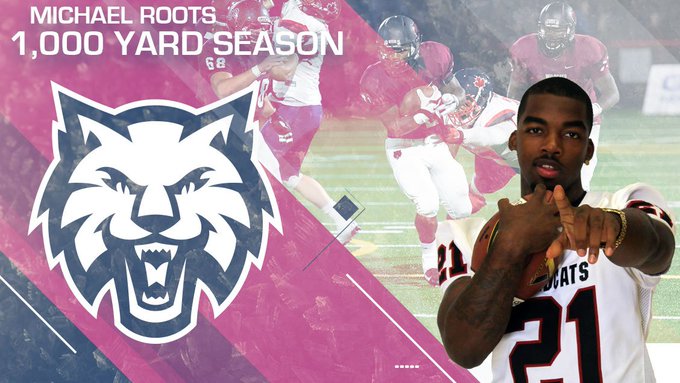 Consecutive wins in the Northern Sun Intercollegiate Conference for No. 1 Minnesota State. We’ll just leave this counter up until further notice. The Mustangs didn’t have it as easy this past week, taking down Sioux Falls, 31-21. The Cougars were the last NSIC team to defeat Minnesota State way back on October 29, 2016.

That’s the Bearcats’ record at home over the past four years, including a run of 21 straight games from the end of 2014 to the end of 2017. The only two losses have come by one-point each to Fort Hays State, this time the 17-16 grudge match.

Total rushing yards by Central Washington in its 74-28 victory over Southwest Baptist. Two running backs — Cedric Cooper (203) and Michael Roots (140) — broke the 100-yard mark, while quarterback Riley Hennessey chipped in 82 yards and running back Christian Cummings added another 61 to lead the attack. The four combined for nine touchdowns, with Cooper punching in four.

Combined total yards in Dixie State’s upset over No. 6 Colorado School of Mines. It comes one week after the Mines offense combined to put up 126 points, the most in a DII football game this season. The Trailblazers put up 692 yards, led by quarterback Michael Sanders’ 553-yard day. That set the school record, topping his own mark of 527 he set two weeks prior.

MORE: Dixie State stuns No. 6 Colorado School of Mines in an offensive explosion

Here is a position-by-position breakdown of this weekend’s standout performers in the top 25:

Tired of hearing about Bowie State’s Amir Hall yet? Too bad, he’s done it again. Not only did he throw for 333 yards and four touchdowns, but he also threw for his 97th career touchdown, the all-time Central Intercollegiate Athletic Association record. 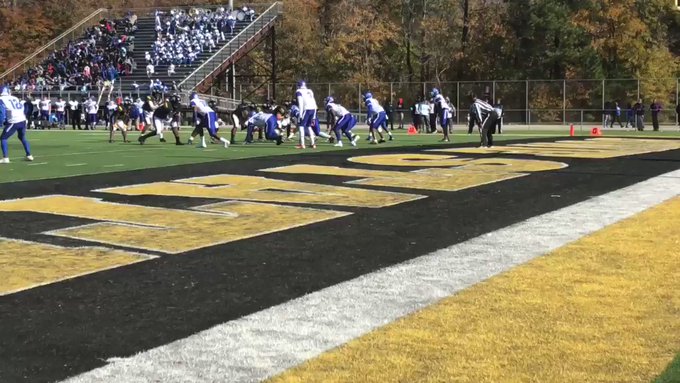 Slippery Rock’s Wes Hills ran for 207 yards this week. That’s three straight weeks with at least 200 yards, a span in which he’s also scored eight touchdowns for the red-hot Rock.

Virginia Union’s Tabyus Taylor and Sioux Falls Gabe Watson continue piling up touchdowns for the race to the most in DII football. Taylor scored two more on Saturday, giving him 19, but that still leaves him four behind Watson who also tacked on two more this past weekend against a very formidable Minnesota State defense.

MORE: The championship heads to Texas | Most DII titles

One thought on “DII football: These are the best stats and numbers from Week 10”