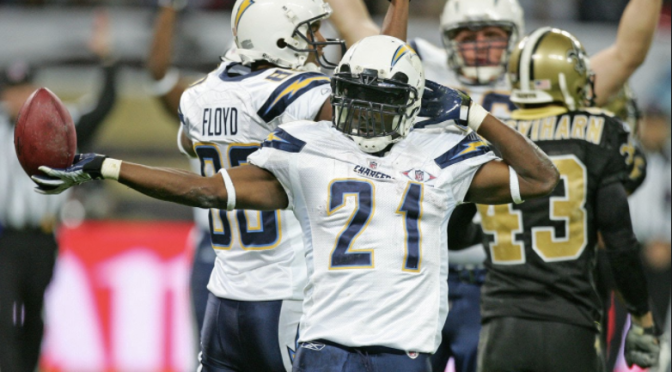 When we looked at the finalists last season for the NFL Hall of Fame I said I was not envious of the voters. This year, it doesn’t get any easier.

The 15 finalists have been announced and the 46 members of the selection committee are anxiously awaiting until Super Bowl Eve to vote on their next class to enter the hallowed walls in Canton. That, of course, is the tricky part.

It takes 80 percent to earn enshrinement. No less than four people will be inducted per season, while no more than eight will ever be in a new class. When you add on sure-fire bets Jerry Jones and Paul Tagliabue as contributors, and Seattle Seahawks safety Kenny Easley as the senior finalist, you are looking at five former players possibly getting their chance this season.

Five of these 15 finalists:

Good luck with that.

Obviously, I am not one the 46 voters, but let’s pretend I was. Who would I select to the Hall this year?

If I have to explain to you why LaDanian Tomlinson is the easiest pick on the list, you are new to the NFL.

He is third all-time in total touchdowns with that sick 31 touchdown (28 rushing, three more through the air) campaign in 2006. He’s the fifth all-time leading rusher who led the league in yards in consecutive seasons. Oh, he also posted a 146.9 quarterback rating throwing for seven touchdowns on his career 12 pass attempts.

Not much has changed since last year’s assessment.

Here’s the deal with Warner. He had Hall of Fame seasons, heck he had some of the best seasons ever to be perfectly honest. But he had a lot of ho hum seasons as well. He has also been to three Super Bowls, winning one and nearly winning the two others. Plus, he is very likable and considered an all around good guy with one of the more compelling stories in NFL history. I feel like the voters want to complete his story: From bagging groceries to the Super Bowl to Canton — the Kurt Warner Story.

Well, last year, they didn’t want to complete his story. This is Warner’s third stab at the Hall, and I think there are a few things in his favor. While many can argue he was a product of his environment, he excelled in two systems. If Super Bowls determine a quarterbacks greatness, he has been to three.  Here’s what he did:

Not too bad. He holds the three highest yards passing in Super Bowl history. Sure he made his mistakes (James Harrison benefited from one), but the man has put up some numbers and was at the helms for one of the most legendary offenses of his generation.

No, TO didn’t get the votes because he was TO. He was brash. He would drive himself out of town. He would dance on the star and humiliate the Cowboys and THEN GO PLAY FOR THEM. He seemed to have little scruples, but he was certainly the showman.

Either you loved TO or you hated him. I think the voters humbled Owens last year to prove a point. You simply can’t keep those numbers out for long.

They had a nickname. They were the premier offensive line for a decade. Oh, and they won three Super Bowls.

As I said last year, I don’t know nothin’ about analyzing offensive line play. But I do know that if you are an offensive lineman and I know your name, you were darn good. The Hogs — Jeff Bostic, Russ Grimm, Mark May, George Starke, Fred Dean, Don Warren, Riack Walker and Jacoby — were more famous than the current Dallas line.  Everyone knew their names, they had a cult following, and they were really good.

They were so good they helped make Joe Theismann legendary.

I have multiple reasons for voting for TD. My first year ever playing fantasy football was 1998. The third overall pick in that draft, by yours truly, was TD. Let’s review TDs 1998 season, shall we?

It’s one of the single greatest seasons in NFL history. He immediately became one of my favorite players in the league. We all know the deal with TD. He only played seven years, four of which were Hall of Fame caliber. He won two AP Offensive Player of the Year Awards, an MVP and a Super Bowl MVP also. He’s one of seven players in the history of the game to rush for 2000 yards in a season.

The kicker? Tony Boselli and Kenny Easley are finalists. You know how many seasons they played? Seven.

Well, you can just go ahead and throw that argument out the window. TD has been voted down time and time again, but with the inclusion of those other veterans, perhaps the committee is becoming more forgiving on the injuries that shortened an otherwise sure-fire Hall of Fame career.