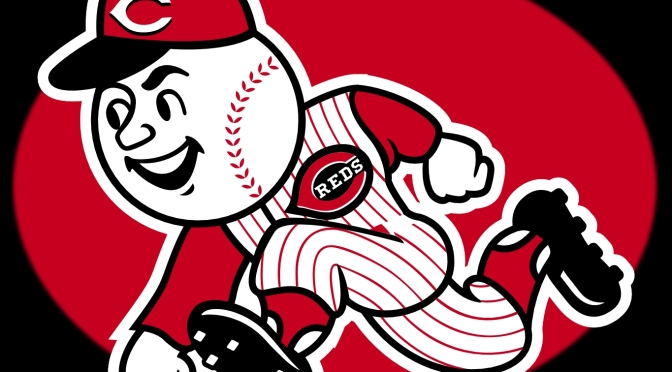 Guessing on minor league prospects is often times no easier than projecting the weather. You see this big front moving in, one that has all the characteristics of blowing up into something huge, and then, after issuing tons of alerts, it drizzles and nothing comes of it.

The past two seasons in particular, it seems a lot of major league teams have taken chances on some of their prospect forecasts. The big leagues have been over run with a bevy of youthful talent of late, as prospects have been sped through farm systems seemingly faster than ever. That’s why it seems so odd that we are still waiting on the arrival of Jesse Winker.

It’s easy to understand the skepticism against Winker heading into the 2016 season. He struggled in the first half of 2015, likely due to the lingering wrist injury that saw him miss half of July and all of August of 2014. The second half saw Winker being Winker and he was rolling, looking like his old self. After posting a .700 OPS in the first half, he slashed .316/.425/.516 with ten home runs.

Having never seen a Triple-A pitch, and wanting to make sure that last season’s second half surge was no accident, the Reds started Winker in Louisville. He had a decent first half, but an even better second half, slashing .320/.415/.403, but the power seemingly disappeared as he hit just three home runs all season. Despite a short stint on the DL in July, his strong finish still didn’t even merit him a September call-up.

It’s surprising, but several times they insisted it was to rest his wrist. Scott Schebler did just fine in his first extended taste of big league ball, but I was not alone in wanting to see Winker bring that exciting bat to the big leagues. It’s not that he is going to ever wow you with a big home run season (his career high is 16) but his skills at the plate have become widely known. He has one of the best swings in the high minors and an advanced plate discipline well beyond his 23 years. Over the past two seasons, he has struck out 146 times (15 percent) and walked 135 times (14 percent) over 974 plate appearances. Those kind of numbers are uncanny in today’s game, and it has been Winker’s calling card ever since he was selected at the end of the first round in the 2012 MLB Draft.

He is pretty solid as an outfielder as well. Winker has played primarily left field throughout his career, but he has played enough right field to make the transition. He isn’t blazing fast, so his range is a bit limited, but there are plenty of right fielders who have excelled with limited range. He’s made just three errors over the past two seasons, while contributing 21 combined outfield assists. Schebler, who is penciled in as the current starting right fielder on almost every depth chart, had 29 career assists over his minor league career.

Winker’s power is a huge question mark. He simply hits a ton of ground balls, he had 160 as opposed to 93 fly outs this past season alone. Louisville isn’t the best ballpark for lefties as it is, so with the lack of loft in his hits, it certainly doesn’t help.

Winker is a rare talent. The skeptics of his power development are very worthy of their opinion, but Winker has shown the ability to adjust before. He did it in 2015, although not as much in 2016. While a lack of power and speed isn’t the best hitting profile for a corner outfielder, Winker’s swing and patience seems like he could be a steady bat in anyone’s major league lineup.

(The full article can be read at Minor League Ball by clicking HERE).