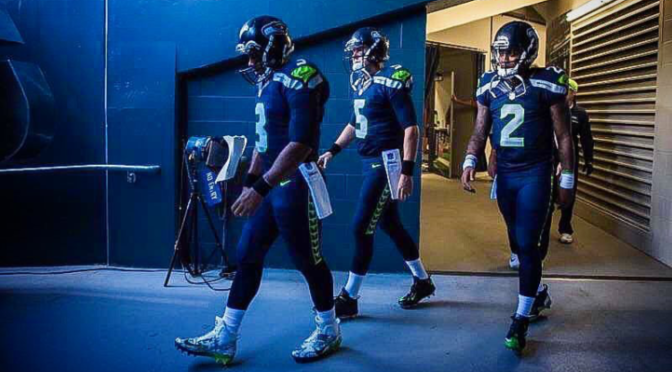 Well, last week we took a lot of heat for daring to put the Tennessee Titans into the AFC’s five-slot. It was hard not to behind that electric offense. But lo and behold, it seems we were wrong as they dropped a huge game to the division-rival Indianapolis Colts, giving them the advantage for second place in the AFC South. That being said, the Titans are the only team with a positive point differential in that horrendous division, but still, they should have beat the Colts.

Remember, our Power Rankings break down the best five teams per conference until the playoffs start, in which it becomes a comprehensive NFL Power Rankings.

No. 5. Pittsburgh Steelers (Last week NR). Honestly, this was tough for Dunton and myself. Here’s what it came down to: Houston, Indy and the Ravens were our other choices and none of those teams look like a Top 5-type team. So, the Steelers have Antonio Brown and LeVeon Bell, and they are Top 5 players that could carry this offense against a lot of weak competition, especially a likely Andrew Luck-less Colts this Thursday.

No. 4. Kansas City Chiefs (Last week No. 3). Losing to Tampa at home, especially when your home is an Arrowhead Stadium that has traditionally been unfriendly to visitors, is simply unacceptable. They would likely be No. 5 if the rest of the AFC wasn’t such a crap shoot.

No. 3. Denver Broncos (Last week: No. 4). A bye keeps them in the middle of the pack as they go for the top of the best division in football.

No. 2. Oakland Raiders (Last week No. 2). Derek Carr is playing MVP football and the way he recovered late in the game showed that yesterday. There was no run game, Crabtree and Roberts had the dropsies and he still found a way to win… even if the refs helped a little.

No. 1. New England Patriots (Last week No. 1). If I need to explain to you why the Pats are the best team in the AFC, you aren’t watching football. People are talking about Tom Brady as MVP and he missed four games.

No. 5. Detroit Lions (Last week No. 4).  Captain Comeback Matthew Stafford figured it out again, and the defense is looking like they are stepping up in the crunch. The problem is, it was the Jacksonville Jaguars that had them on the ropes in Detroit nonetheless. They are still the best of the North, but drop a spot.

No. 4 New York Giants (Last week 5-tie)/ Washington Redskins (Last week: NR). Dunton and I both think the Redskins are playing better than the Giants, but they extended their four-game winning streak to five, and for that they deserve recognition, especially behind a much improved defense. I think it’s time to accept that Kirk Cousins, who may not be elite, has become a quarterback that can win in this watered down NFL. He runs that offense very well and Fat Rob is the best nickname in the NFL.

No. 3. Atlanta Falcons (Last week No. 3). They aren’t going anywhere on a bye. They are getting healthier too this week and a big showdown at home against the overrated Cardinals could boost them back to top of the NFC talk.

No. 2. Seattle Seahawks (Last week No. 2). Russell Wilson is elite. He had the same amount of receiving yards as the Eagles receiver heading into the fourth quarter, but that speaks more to their defense and Eagles receiving corps. That being said, the Seahawks are looking like the Seahawks should.

No. 1. Dallas Cowboys (Last week No. 1).  This team is red hot. Dak Prescott silenced a lot of doubters, stepping up and slinging for 300 yards and three touchdowns. He is getting better, folks, and the more that Zeke grows and takes the pressure off of him, Dak and Dez are going to get along just fine.

So… did we get it right? Let us know and come back next Tuesday for our next power rankings of 2016.