It was a bit surreal this past Saturday night. I walked out of Turner Field, my eight month old daughter in my arms, and said goodbye for the last time. They would close their doors for good the following day, and in doing so, put to rest one of the greatest eras in the franchise’s long history.

They are heading to the suburbs outside the perimeter of the city, a feat no other baseball city has ever pondered. I didn’t like walking out of The TED Saturday night. Sure they won. But you see, anyone who has been there will tell you that Turner Field was always more than a baseball game.

April 4th, 1997. Denny Neagle hurled the first pitch at the Atlanta Braves new home, the home to the Olympics the summer prior. Not many stadiums that are still standing can say they had the honor of hosting the Olympics, but The TED wore that like a badge of honor. It was only suiting that the first hit in the new stadium was by Chipper Jones, the poster child for the Braves offense during the Turner Field era.

July 4th, 2002. My first trip to Turner Field. I remember it not because it was a holiday, but because it was the weekend I decided to move to Atlanta. By November, I was a DeKalb County resident. By April, 2003, I was going to my first Opening Day.

For ten straight years, I didn’t miss an Opening Day. I sat in the snow one year, I saw J-Hey’s first hit, the legendary bomb off of the Cubs Big Z.

I worked at Jocks and Jills. We had the greatest gift to Atlanta of the Turner Field Era. The Jocks bus. You could buy tickets and the bus, alcohol provided, would drive you from the Jocks and Frankies location to Turner Field. When I worked at Midtown, I scheduled myself for the volume shift. I would get to work at five and be done by 7:30 when the last bus headed to Turner. If there were tickets left over, I simply got on the shuttle and saw myself a baseball game (sorry Emily, Erica and Corey). Turner Field wasn’t just a baseball field. It was your local haunt. People at The Chophouse were just as much regulars there as any bar in the city.

Ah, Jocks and Jills and The Chophouse. E Class, Mac and Mike B. I worked with them at Jocks and then they went over to the Chophouse as well. Several years into their tenure at The Chophouse, Eric called and told me the Hank Aaron section was hiring. He got me a job. I was about to get paid to go watch baseball games 81 times a year. 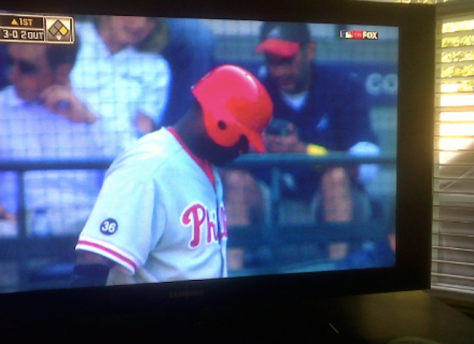 It was awesome. I was there for Dan Uggla‘s 33-game hitting streak in 2011, also known as the only thing he did that as worth a damn in Atlanta after signing his big contract. I was there in 2012, the final season for Bobby Cox and Chipper Jones. Watching Chipper give the speech for Bobby was one of the coolest things I have ever seen live in sports. It was one of the last times a player could retire in the uniform he was drafted in, sending off the person that drafted and managed him. In today’s free agent world of ludicrous contracts, that will likely never happen again.

Turner Field was always more than baseball. It’s where I went with my friends. It’s where I took my family when they came here. It was were you could see the amazing happen. John Smoltz‘s 3,000 strikeout. A NL East Banner hanging in honor of the division championships they won from the day the doors opened to 2005. Greg Maddux. Tom Glavine. Andruw Jones. Bobby Cox. Chipper Jones. Hall of Famers were no strangers to Turner Field.

I also remember what I missed. The weather forecast called for thunderstorms. Instead of heading to Turner Field and waiting out hours of rain delays, Sparky and I gave up our tickets — free Jocks and Jills tickets mind you — and watched from home. It didn’t rain. And Randy Johnson threw a perfect game.

I went to games with my girlfriend, who became my fiance, who became my wife. And this Saturday night, we took our daughter to her first and last game at Turner Field. I told her stories of what happened there, of things I saw that I know other fans didn’t have the opportunity to.

We went with Wayniac Nation’s own Teddy Ballgame and his family. I think that speaks volumes of what Turner Field meant to so many. It wasn’t a baseball stadium, it’s where you grew. Ted and I went to plenty of games together, beer in hand in The Chophouse, not a care in the world. Saturday night, we sat in our seats with our families, enjoying a baseball game and not a social outing. Times change, Turner Field never did.

I started going to Braves games as a teacher and I ended going to games as a writer. This season, I had the honor to cover the magical run of the Rome Braves, a team that had many of the Braves top prospects on it, including a starting rotation that consisted of four former first round draft picks and a seventh rounder who broke out as the Braves Minor League Pitcher of the Year. They will never pitch in Turner Field, they will never touch the mound that a Hall of Fame pitching staff threw from. 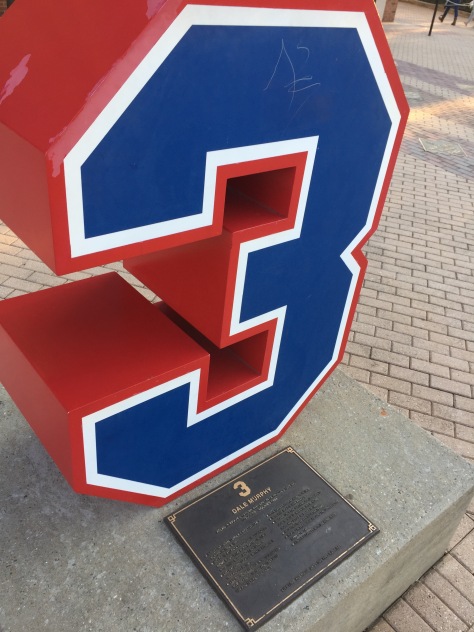 That makes me sad a little bit, but I get it. This is the new era of Braves baseball. I watched these kids live and up close. They are exciting. They deserve a new house to be exciting in. But it still makes me sad nonetheless.

Most of my friends haven’t experienced this. You were too young to have lasting memories at Fulton County. I have experienced this. I will tell you this. Every summer I go home and go to that atrocity they call Yankees Stadium. And there isn’t a single minute that I don’t yearn for the old ballpark. They promised bigger and better, and they gave it to us, but honestly, what do I care about a Hard Rock Cafe being in Yankees Stadium?

You see a ballpark isn’t just home field. To the baseball fan, it’s home. I grew up there. Not literally of course, but I was in my late 20s when I arrived in Atlanta and now I am in my early 40s. A lot happened at The TED. I spent time there with people that no longer live in Atlanta, some I no longer even speak to, but as I think back to those crazy days, I laugh. It was always a fun time. And, folks, the Braves had some not fun seasons here of late.

It won’t be The TED. Farewell old friend, and thank you. 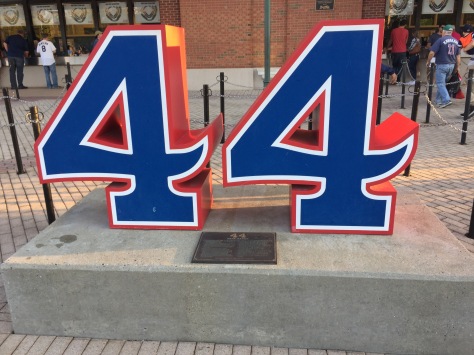