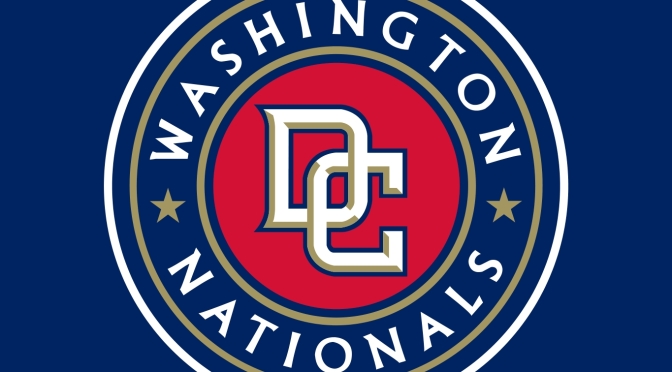 Trea Turner is off to a hot start for the Syracuse Chiefs. It shouldn’t come as much of a surprise, because Turner has always handled pitching with ease at every level of the minor leagues. The question arises as to why he isn’t in the majors yet.

Turner, of course, is the 22-year old shortstop that appears to be a few months away from becoming the next young star for a Washington Nationals team that has pumped out a few of baseball’s brightest over the past few seasons. Turner’s ride to the nation’s capital was a bizarre one, which saw his baseball career begin unlike any other.

The San Diego Padres drafted Turner out of N.C. State in the first round of the 2014 MLB Draft which occurs, of course, in June. The rules at that time (which have since been modified because of the debacle) stated that a player could not be traded for one calendar year after being drafted.

The Padres must have missed that memo.

The Nationals, the Padres and the Tampa Bay Rays pulled off a three-way deal that would see Turner — along with Joe Ross — land in D.C. The problem was that it was December, and more importantly, not a full calendar year. So, even though Turner was contractually a National, he was technically a Padre. He played the beginning of the season for the Padres knowing full well he was a National and, on June 14, 2015, one year to the day he was drafted, he packed his bags and headed to Washington, D.C.

You would think that would be a distraction to a 21-year old kid, but Turner never faltered. He slashed .322/.385/.491 for the Padres Double-A San Antonio Missions before splitting time between Double-A Harrisburg (where he produced a .359/.366/.513 slash line) and Triple-A Syracuse (.314/.353/.431). He would merit a late season call up to the big leagues, but his brief stint didn’t go so hot and he looked a bit lost at the plate.

Turner had a big spring training this March. He hit a home run, drove in six runs and showed off his best asset — his top-grade speed — by going 8-for-8 in stolen bases. He seemingly played well enough to be the big league shortstop for the Nationals, but they opted to stick with Danny Espinosa.

It made sense at the time. Daniel Murphy was the new Nationals second baseman and while he has been swinging a hot bat since the end of last season, he has always been shaky on defense. While Turner is no slouch defensively, he is also no Espinosa, who is well ahead of him in defensive skill. Espinosa made sense to balance the infield.

Fast forward two weeks into the season. The Nationals are the second-best team in baseball by a mere half of a game. Danny Espinosa is batting an abysmal .158 with no home runs and three RBI.

Turner, on the other hand, just won the International League Player of the Week Award. He slashed .433/.500/.633 with one home run, five RBI and two stolen bases over that week. He also struck out six times, while walking four, improving on what has been one of his weaknesses thus far: Poor strikeout to walk ratios. His hot week behind him, Turner is still hitting .357 as of Wednesday morning, but that is what Turner has been known to do as a lifetime .324 minor league hitter.

For more insights on what may be holding the Nationals back from calling up their budding young star, head on over to Today’s Knuckleball for the full story by clicking on the link below: