The Law Dog returns with his latest in Top Ten list. On the heels of Tom Brady’s record setting AFC Championship, he ponders what other records may never be touched. Sit back, enjoy and make sure you sound off he left some thing off the list.

Tom Brady just played in his 10th AFC Championship game which I think is amazing in this day and age of free agency. It seems like each team he led was with a completely different cast of players. I’m not sure if another quarterback will ever start in 10 conference championship games again. It seems highly unlikely.

It got me thinking. 1. The Eagles stink. 2. What are the most unbreakable records? There are a bunch, but here are the undebatable top ten. Just kidding about the undebatable part…..sort of……not really.

THE LAW DOG’S TOP TEN UNBREAKABLE RECORDS IN ALL SPORTS

This one was tough to include because there have been a few instances where the record was threatened. Rose had 44 in 1978 and we recently watched Jimmy Rollins go 38 in a row, albeit across two seasons in 2005-06….WHICH I HATE! That is so dumb. Consecutive games should not span two seasons.

But I digress…Joe had the benefit of facing the same pitcher four to five times a game, something that never happens anymore. Also, some historians speculate that Joe was given a few ‘gifts’ in the scoring column as the streak went on, something that would never happen today. This record seems safe.

Jerry Rice is the best wide receiver ever. Everyone knows this. I don’t think a lot of people know he scored 208 touchdowns during his career. That is freaking unbelievable. It must make him crazy every time Chris Berman references Cris Carter with Buddy Ryan’s famed “all he does is catch touchdowns” description. Jerry must think to himself, “I remember when I scored 131 touchdowns just like Cris….then I scored 77 more”.

FYI: 77 touchdowns would be good enough for 67th all time…tied with Hall of Famers Fred Biletnikoff and Steve Van Buren. Assuming Antonio Gates retires (104 tds), Adrian Peterson is the closest active player to Rice with 102 touchdowns. He could score 13 touchdowns for the next eight seasons and would still be two short entering his 17th season. He will only be 39 years old. Players in their 20’s with a chance? Gronk maybe? He could score 14 TDs a year for the next 10 seasons and still be short. We getting the picture here? No one is touching this.

In 1945, Byron Nelson straight dominated. It was a bit of a strange year for the tour. WWII was winding down, but many pro players were still in the service. Three of the four majors weren’t played. Ben Hogan wasn’t around every week. However, that doesn’t diminish what Nelson was able to accomplish. First off, he won 18 times in 1945. No one has won more than 13 times in one year (Ben Hogan).

Go back 50 years and only Woods and Vijay have won nine times in a season. It’s that last sentence I want to use to segway to part two of this record year. Nelson won 11 straight tournaments. 11 freaking tournaments in a row! Tiger has won seven, six and five in a row at different times, often spanning two seasons. Ben Hogan won six in a row in 1948 and four in row in 1953…tied with another guy…Byron Nelson.

Sorry all you Pete Rose haters (who I think are getting fewer and fewer each year), but this record ain’t getting sniffed any time soon, unless AROD keeps up his pace of 146 hits a season…and plays until he is 47.

Ok ok ok, if you look at Ichiro’s total stats between Japan and the US, he has 4213. But I can’t count his 1278 hits in Japan. The talent is just better in the MLB. I WILL admit this….is it completely out of the question that Miguel Cabrera plays another 11 seasons hitting his career average of 177 hits a year? No. Is it likely? Hell no. Pete makes the list. 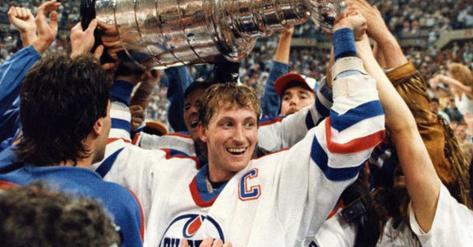 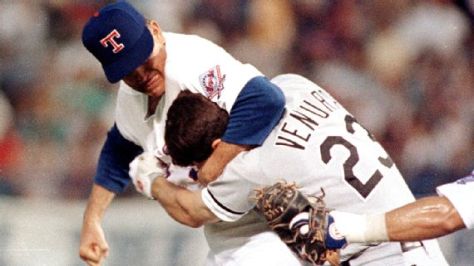 No shot anyone beats this record. Nolan Ryan pitched 27 years. What does that mean? That means he averaged over 211 strikeouts a year….EVERY YEAR!

Let me put it this way: If you throw out Clayton Kershaw’s first year pitching (only 20 starts and 100 Ks), he has averaged 235 strikeouts a year. Amazing, right? If Kershaw threw 235 strikeouts a year for the next 16 years, he would have 5506 total. He would only need 208 more the next year at the ripe age of 44, which would surpass Nolan in another way. Nolan Ryan only had 203 strikeouts when he was 44.

There are two ways to look at this record. Do we include all players no matter what position they play or do we only view this record as a QB thing?

As The Rock would say, “IT DOESN’T MATTER WHAT YOU THINK YOU ROODY POO CANDY ASS!”

No matter how you look at it, no one will ever start 321 games in a row. Peyton came close in Indy. He got up to 227 before having to reattach his head to his body which led to him losing feeling in his fingertips (still haven’t wrapped my head around that whole thing). 321 games roughly equates to 20 seasons (playoffs not included). Brett played in 24 playoff games which means for 18 ½ seasons, he never missed a start. Eli Manning has the current active streak at 183. He is scheduled to break Brett’s record sometime in 2024, barring any playoff appearances — which of course I immensely hope for the Giants to not have any playoff appearances.

Yes, everyone knows that Oscar Robertson averaged a triple double in the 1961-62 season. Ludicrous. But let us look at his first five years in the league, shall we?

Just do this any time the phrase triple double is uttered for any reason, the record is unbreakable because of Oscar Robertson.

2. Wilt Chamberlain 50 pts for a season

Wilt Chamberlain averaged 50 points a game in the 61-62 NBA season. Let me say that again.

WILT CHAMBERLAIN AVERAGED 50 POINTS A GAME IN THE 61-62 NBA SEASON.

In the age of closers and set up men and specialty pitchers, no one will probably win 300 games again.

Here is something funny. Cy Young retired with a .618 winning percentage. Pretty freaking good, right? Guess what that means? He lost 316 games. Cy Young was 511-316. No one will ever lose 200 games again…ever. Dubious record of course, but considering his winning percentage that is pretty amazing nonetheless. Active leaders you ask? Bartolo Colon has 218 wins and Mark Buehrle has 160 losses. Bartolo is 42-years old and Buehrle is 36. Good luck fellas.