After a rough week, SBJ won’t be frazzled. He’s sticking to his guns as he explains what went right and wrong last week in Prime Time. 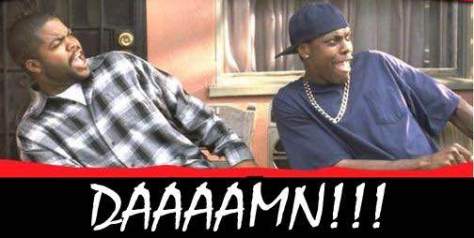 Last rundown, I preached about how after following a 1-5 Week 14 performance, Vegas would rebound with a winning week.  Again, just to spite me, they go 2-4.  Not only are they 3-9 in the last two weeks, but they allowed back-to-back People’s Favorite Picks?!  Week 14 MNF New York at Miami followed up by Week 15 SNF Arizona at Philly?  Back-to-back?!  All of this immediately after I breakdown the fact that Vegas has won at least one of the bets between the side and total points 84% of the time?

See, whenever I tell you a fact like Vegas wins one of the bets 84% of the time, then they will deliberately buck the trend to throw you off the scent.  Then once you dismiss my tainted lesson as misguided analysis, they will go right back to their winning ways where the lesson holds true.

They couldn’t be more full of crap with this double primetime PFP nonsense they just pulled on us.  Hasn’t happened all year…won’t happen again.  Yeah, I said it.  Gonna tank another week because I’m calling you out on your trend BS, Vegas?  Good.  I wanna see it.

Let’s watch our winning percentages crumble together, because you ain’t shakin’ me off your sides this week by screwing me the last two weeks.  My sports betting disciples are not falling for your tactics of misdirection, Vegas.  They are much smarter than that.  We know ya planned it. 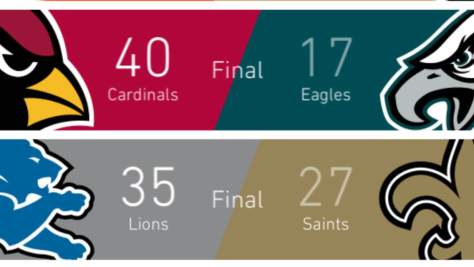 We are not even going to take this result seriously because it was a complete freak show finish.

Not to mention, I will be in attendance for tonight’s game against the Redskins.  Yeah, that’s right.  SBJ is making a personal appearance for a Christmas week primetime NFC East showdown to help keep the division hopes still alive.

So, this is what it takes, huh?  I have to hike it all the way down from NYC to light a fire under your underachieving asses?  For anyone who wants my thoughts on the second half of that Cards/Eagles game, just swing by section 213, because I’m almost positive I’ll be screaming about every part of it that set me off if I see anything close to resembling it tonight.

If you’d like to say hello, I’ll be the one in the DeMarco Murray jersey most-likely livid about him not being the back in formation during a crucial 4th and 1 scenario.  Seriously, if I see that again, like I did Sunday night, then there is a great chance that I might be thrown out of the stadium.

These are all the People’s Picks, People’s Crosses, House Crosses, and House Specials since Week 2.  We are not concerned with the moneyline category with these numbers, since they are the least important of the three bets.  This is strictly side and total point statistics.

Vegas can show me up all they want with their petty PFP last Sunday night…those are the facts since Week 2.  No People’s Pick following this rundown is gonna throw shade on that four month trend.

I honestly thought I was going 3-0 in this one, with a delicious House Dog Special.  Back-to-back primetime PFPs, along with an OVER/OVER Primetime Combo?  Ha!  Wow.  You are grasping at straws, Vegas.  It’s too late.  My students are on to your tricks of the trade by now.  Do you think you scared us from riding with The House this week after your desperate antics? 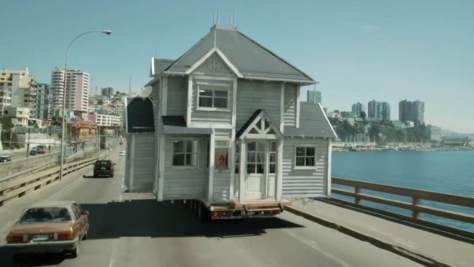 See ya, Sunday….and I’ll see YOU tonight, Eagles.  My first Eagles game in 12 years, MIND YOU.  You better be amped up for that little tid bit.  LET’S GO!!!