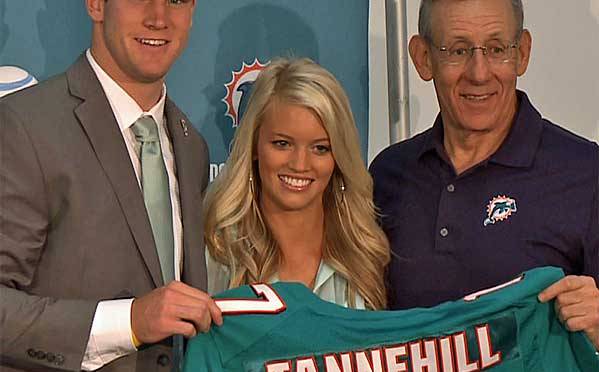 The Houston Texans have a few great players on their football team, but neither of them stem from the quarterback position. The Miami Dolphins don’t have a single great player on offense. But they have a whole bunch of good ones that makes what is happening with the Phins completely unacceptable. In fact, if it were up to me, Joe Philbin wouldn’t even be allowed on the plane ride home across the pond. Hope you have your passport, sir.

You all know that I am a Houston Texans fan, so I was rather annoyed sitting in the Georgia Dome this past Sunday. Especially after flying to Houston the week before and being able to see the Texans grind out an ugly win against the Buccaneers. 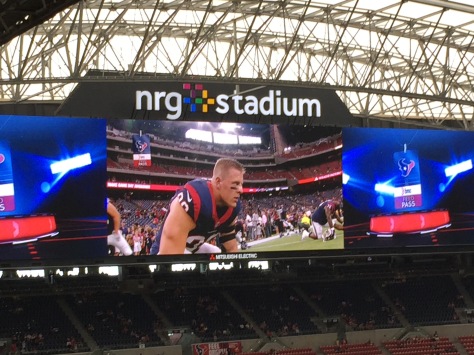 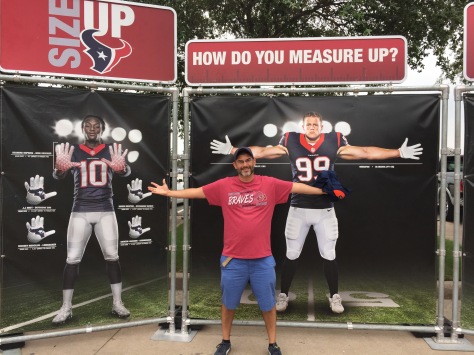 Anyway, a lot of people want to put the blame on Mallett for yesterday’s loss, which is the easy way out. He threw for less than 50 % (12-for-27) for a measly 150 yards, no touchdowns and an interception that ricocheted off his own receiver. But their whole offense was ugly.

Their tight end position is in complete disarray and if you have watched the Texans offense over the years, that was a big part of it. Garrett Graham dropped two big (and pretty catchable) passes. C.J. Fiedorowicz finally caught one and fumbled it. While the Falcons were grooving, running successful play after play, the Texans couldn’t get anything going, often leaving the field on three downs.

The running game, aside from last week’s breakout performance by Alfred Blue, has been invisible. Everyone knew Arian Foster would be limited, but he had no where to run. So to recap, two of the most important pieces of the Texans offensive game plan over the past few seasons (the TE and RB slots) have been completely ineffective. To emphasize this further, the Texans have 399 rushing yards on the season… Blue had 139 last week.

And Mallett shouldn’t shoulder the whole blame. Brian Hoyer was slated to be the starter. He stinks. The Texans traded for Mallett last season to be a backup. That’s what Mallett should be, so this is on Hoyer’s shoulders, who didn’t even last his first game as a starter in a Texan uniform. The Texans let Ryan Fitzpatrick walk, who proved last year what he is continuing to prove this year. If you give Fitz a strong defense and a sick offensive weapon, he will win you games and keep you in contention. Hoyer? He will help other teams win.

It’s ugly in Houston right now. With the offense struggling, the defense can’t get any rest, leaving their strongest weapon gassed and rendered ineffective. There are no QBs on the market any better than what they have, but if there is a coach who could make something out of nothing, B.O.B. seems like the guy.

Joe Philbin however, is not. He should have been fired after he lost control of the club house in the bullying situation, and he probably should have been fired after last season. We are expected to hear his fate sometime today. If he still has a job, I will be disappointed that he can keep employment doing something he stinks at, while I continue to freelance and look for a permanent slot at something I’m at least halfway decent at.

Last season, Ryan Tannehill took the big step forward. He crossed the 4,000-yard barrier (something Super Bowl MVP and $20-million man Joe Flacco has never done) and posted the highest TD total and lowest INT total of his career leading to his best QB Rating yet. This year, he doesn’t have time to finish the work HIKE.

Last season, Lamar Miller finally looked like an NFL RB. He averaged 5.1 yards per carry and became an effective receiver out of the back field with 38 grabs en route to the best numbers of his career. This year, he runs backwards more than forwards, posting a miserable 3.8 yards per carry. He hasn’t even seen the end zone through four weeks.

The receiving core isn’t spectacular, but they certainly have some play makers. Jarvis Landry is very exciting to watch and Rishard Matthews is a more than capable number two. Jordan Cameron, when not concussed, is one of the better tight ends in the league, but he has six targets over the past two weeks.

Throw in the addition of Ndamukong Suh to an already stout defense, and you had everything in place that many experts felt would make a run at the mighty Pats for the AFC East. Instead they are getting smoked in the cellar of the AFC East. They have -36 point differential, second worst in the AFC to the Jags (must be something in the Florida water) and have been blown out by division opponents in back-to-back weeks.

Something doesn’t add up, and when a team is playing that poorly and has ALL of their players appearing to be taking steps backwards, it usually is a problem stemming from within. Maybe Tannehill isn’t the guy we thought he was. Maybe Miller isn’t that good of a back, but they were last season. And when you spend a ton of money to improve an already good defense and make it worse, well, someone is going to take the fall.