What a week, folks! Some big names changed hands in major league baseball and made one of last season’s biggest disappointments a big threat to return to greatness. A record that barely lasted a week was broken yet again in college football. Kentucky’s two lines look unbeatable in college hoops. The Falcons somehow remain in first place with their amazing 4-7 record and Odell Beckham broke the internet with the most amazing catch anyone had ever seen.

Boston restauranteurs got extra excited this week. They now have two of the fattest, most annoying players in baseball in their city. Pablo Sandoval, who looked like the Big Papi of the National League the past few seasons, now joins the real David Ortiz in Beantown. Joining them to play shortstop is trouble-child Hanley Ramirez.

As a Yankees’ fan, I have heard how these moves are huge, not just in weight, but in talent for the Red Sox and could bury the Yankees once again.  Well, I think those experts are wrong. Han Ram has been a problem wherever he goes. He can’t stay on the field for more than 100 games a season and he seems to be a club house annoyance. If the Yankees’ faithful wanted Rabonson Cano out of town so badly, Han Ram had no place in the Bronx, despite the world of talent he possesses.

Sandoval? Sure, we all know his post season greatness, but the rest of the time, he is just a fat third baseman who, get this, seems to be getting fatter. Kung Fu Panda hasn’t hit over 16 home runs in three years and hasn’t eclipsed a .285 batting average over the same span. He is unhealthy and his numbers have been in a steady decline. Yes, he seemingly reaches another level for one magical week every other October, but he is no better than a Chase Headley the other six months of the season.

All these offensive threats the Sox now have in their line-up can’t disguise the fact that they currently have no pitching. None. Clay Buchholz
is the “ace” and he has trouble staying on the mound. The winter meeting are coming up and with the bevy of youthful talent the Red Sox had completely fail on them at the major league level last season, they may be able to dump them for some pitching. Until then, these moves did not make a champion.

Remember last week when Melvin Gordon set the NCAA record by rushing for 408 yards? The record took 15 years to break, and poor Melvin got to hold on to it for an entire week. Samaje Perine of Oklahoma went out and ran amok over Kansas, amassing 427 yards and five touchdowns. The Sooners QB threw for 39 yards on the day, and 19 of those went to Perine. Essentially, he beat the Jayhawks all by his lonesome.

Everyone was happy that the BCS finally went to a playoff format, but haven you heard the latest that may cause quite the ruckus in the South? Let’s say Missouri loses this weekend and Georgia beats Georgia Tech in their big Hate Week game. That sends Georgia to the SEC Championship as winners of the SEC East. Let’s say they somehow beat Alabama (who is no sure lock against Auburn in the Iron Bowl, but I don’t see the Tide losing) in the SEC Championship. That means that the SEC Champ AND Runner-up will be two-loss teams. And that means no SEC team will be in the playoffs. And that means that all these people who never went to college but brag that their college’s conference is the greatest thing since sliced bread will have fun watching a meaningless bowl game. Man, I love the NCAA!

What can be said that hasn’t been said already? Odell Beckham went out and made the most spectacular catch I have ever seen. In doing so, he proved what I have said all along: Eli Manning is the most over rated quarterback of all time. This guy is a Super Bowl “legend” because of two amazing catches and padded his stats this past Sunday night by adding another long touchdown pass to his resume. Oh and for all you stat buffs that want to try and prove me wrong, Manning has a career 81.1 QB Rating, which is four points lower than Jay Cutler‘s career rating and 15 points lower than Philip Rivers‘ career mark. Rivers was the guy San Diego got stuck with when Archie wouldn’t let Eli play with the Chargers.

Speaking of atrocious quarterbacks in New York, the Jets are absolutely horrible. I don’t care that the Oakland Raiders just snagged their first win in a high upset against the then-first place Kansas City Chiefs, the 2-9 Jets are way worse than the 1-10 Raiders. The Raiders at least have youth to look forward to, the Jets have Geno Smith. Not even a blizzard could save them this week as the game was moved to Detroit where they got blizzarded by the Bills. That’s right, folks, Kyle Orton is the best QB in New York. It hasn’t been this bad since Charlie Ward was the best QB in New York… and he was playing point guard for the New York Knicks. 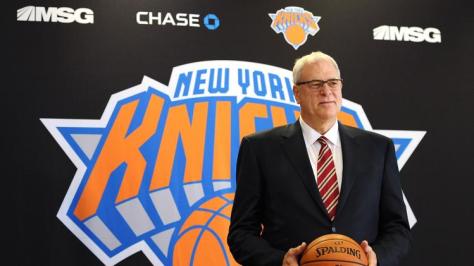 Speaking of the Knicks, how bad are they? How bad is the whole Atlantic Division. The Toronto Raptors, led by no one anybody knows, have a stranglehold on the division at 12-2. The Brooklyn Nets are in second place, six and a half games out at 5-8. The Sixers haven’t even won a game yet. 0-14? Seriously, they may not win one all season. And the frightening thing is that this division will somehow have two teams represented in the playoffs.

As my LeBron James watch continues, I like to point out every week that the Cleveland Cavaliers remain under .500 at 6-7, while the Queen James-less Miami Heat sit at 8-6. Kobe Bryant is leading the league in scoring while shooting an amazing 38 percent from the field adding every day to his missed shots record. And Tim Duncan, at 96-years old, is averaging a double-double yet again this season. You can take any NBA super star you want and tell me how all of their pizazz and ball skills make them the elite of the game, but I still take boring old Tim Duncan any day. I can’t wait for the Spurs to win again this season.

Lastly, in college basketball, the preseason Invitationals are complete. Miami surprised Florida and went to 5-0 winning the Charleston Classic. My Orange were whooped by Cal at the 2K Classic. 5-0 West Virginia won the Puerto Rico Tip Off and entered the Top 25. The Maui Invitational and Legends Classic are still underway with big teams like Arizona and Michigan in the drivers seat.

All of this doesn’t matter much though, because Kentucky is absurd. They have two starting fives in John Calipari’s hockey line system. Both of these units can most likely beat the 76ers right now. They are annihilating the competition, winning games by 20 points or more nightly. Once again, Coach Cal will breed a champion and his under-20 year olds will bolt to the NBA… where they have to take a pay cut.

That’s a wrap, folks. Don’t forget to subscribe so your weekly dose of wackiness is in your inbox every week!