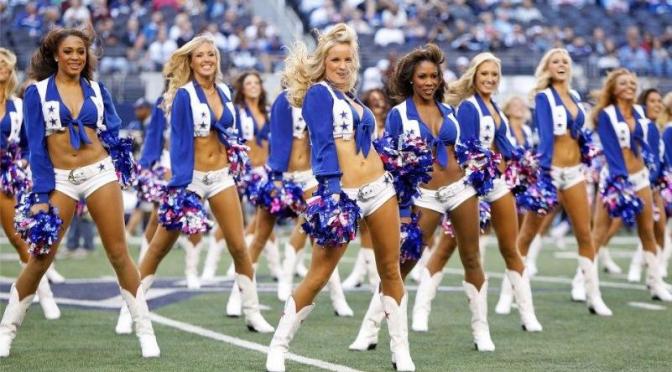 This week starts of on a high note as the only two teams on bye are the Miami Dolphins and Oakland Raiders, both of whom have been painful to watch thus far anyway. The Raiders, after nearly leaving him behind in London, fired head coach Dennis Allen after their brutal loss in Jolly ol’ England last weekend. Tony “The Godfather” Sparano takes over the sinking ship. I’m not sure why they think a coaching change will accomplish anything. Their backfield is a combo of two injury-prone old men in MJD and Run DMC, and they turned to Matt McGloin over Matt Shaub when their only bright spot, rookie Derek Carr, left injured. Quickly, name someone on the Raiders defense. Yea, I can’t do it either.

This week, the one o’clock games are a bit lopsided, but once the later games start it should be a fun slate right through Monday night. A lot of big names, like LeSean McCoy, Drew Brees, Eddie Lacy, and Montee Ball, have yet to have their signature big game yet but each have favorable match ups this week to do so. It’s not always easy to narrow it down to three big stories for you each week, but it’s fun to try!

THREE INTRIGUING STORY LINES FOR WEEK 5 IN THE NFL

3. The Battle for Texas

Looking at this game heading into the season, not many people expected it to be a big deal. However, with both teams sitting at 3-1, this game actually has some big implications. If the Cowboys can win against their cross-state rivals, they will stay neck and neck with the Philadelphia Eagles atop the NFC East. If the Texans pull out the victory on the road in Big D, well, that will be three more wins than I thought the Texans would get this season. They will also be in first place all alone in the AFC South.

Dallas comes into the game with the best rushing offense in the NFL and the eighth best offense overall. The Texans have the best defensive player in the game right now, and MegaWatt can stop the run and the pass. J.J. Watt is going to do his best to be in the backfield all day long, attempting to pressure Tony Romo into those infamous clutch interceptions he seemingly always throws. If DeMarco Murray can establish ground dominance and the likes of Brian Cushing and Brooks Reed don’t step up and stop him from getting to the second level, the Cowboys will shred this Texans team. But if the Texans defense holds tight and Arian Foster can establish a ground game, the Texans can walk out of Big D with a surprising win. One thing is for certain. Ryan Fitzpatrick can not be counted on to win a game, so the Texans have to come out of the gates fast to have a chance in this one. 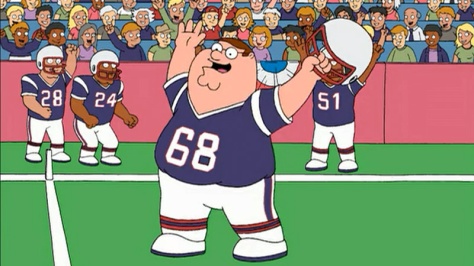 Last week, I talked about how Tom Brady needed his annual statement game on Monday Night Football to show that the Patriots have a fighting chance this season. Well, folks, if I could think of one word to describe Tom Brady’s performance this past Monday it would be Baaaaaaarf. Simply put, that was the worst performance by a New England quarterback I have seen since Steve Grogan and Tony Eason teamed up for their colossal butt-whoopin’ in Super Bowl XX. What’s wrong with Brady? Was that Logan Mankins trade that detrimental to his offensive line? Are his weapons seriously that bad? Or maybe, just maybe, New England’s Golden Child has reached his peak. He’s no spring chicken, and at 37, perhaps Brady’s best days are behind him.

This Sunday night, he heads home to Foxboro to try to redeem himself. The problem is the upstart Cincinnati Bengals are coming to town. Undefeated and coming off of a bye, Andy Dalton, A.J. Greene, and Giovani Bernard are going to be looking to show the nation they are for real in prime time. Let’s not forget, their defense is pretty stout. The Bengals have only allowed 33 points this season, and have allowed less and less each game they have played. Don’t let the 14th overall defensive ranking fool you. The more this squad comes together, the more dangerous they get. This could amount to a very big game, or it could turn out to be a laugher like this past Monday. At the very least, it’s always amusing to watch Brady and Belichick get their butt kicked.

1. How much trouble are the Falcons in this season?

The Atlanta Falcons offense is sick. Matt Ryan is becoming elite, and if it weren’t for Brandon Marshall and Alshon Jeffery, Roddy White and Julio Jones would be the best wide receiver tandem in the league. Devin Hester has brought new life to their special teams and has found a career resurrection as a dangerous slot receiver. Their third string running back Antone Smith can break a touchdown run from anywhere on the field. The problem is, they have no offensive line. That is not hyperbole, either. I’m not implying that they have an offensive line and they are terrible, they literally have lost more than half of their O-line to injury over the last two weeks. The Falcons play in a weak division and with Matty Ice at the helms, they have an offense poised to make a run deep into January. If Matt Ryan is on his back the whole game, however, the defense is not strong enough to keep this team relevant.

On the other side of the field, a red hot Eli Manning has the Giants new offense revving. Ben McAdoo has brought action back to this offense and Eli seems to be the right guy at the helm. You can be sure he will lead an all out attack against a Falcons secondary that is now down their heart and soul with Willy Mo expected to miss several months. If Eli comes out for a third straight week and decimates another team, you have to start believing that the New York football Giants are for real.

Game of the Week: Arizona Cardinals at the Denver Broncos.

The Cardinals are one of the last two remaining undefeated teams. They have been somehow accomplishing this with Drew Stanton at the helms. Their last win was against a pretty formidable defense in the 49ers, so how they are doing it, I’m not sure. That’s why you have to believe that there is no reason to believe it will stop.

Peyton Manning has the daunting task of coming off of a bye and squaring off against one of the best secondaries in the NFL. He will also have to worry about a front seven consisting of Calais Campbell and Darryl Washington relentlessly coming at him. Montee Ball has to step up and establish their running game, which he has yet to do this season. If the Cardinals can shut down the run and make Manning go toe to toe with Patrick Peterson, Antonio Cromartie and Tyrann Mathieu, the Cardinals could leave the Mile High City with a surprise win.

Survivor Pool Pick of the Week: If you have come along with me on the ride, you are still alive in your pool. Be forewarned, I haven’t made it this far in my Beat the Pooch Survivor Pool in half of a decade. Proceed with caution! I hate picking road teams, but coming off of a bye, the Seahawks look like a lock in DC. The number one overall defense of the Detroit Lions should be able to hold off Kyle Orton in his first start for the Bills as well. If you’ve got the gamble in you though, I got a doozie for you. The Tennessee Titans are bad. If Charlie Whitehurst has to go again this week at QB, they are even worse. You will have very little opportunities to take the Cleveland Browns in a survivor pool, but this may be the week that they come through for you.