Well, folks, kickoff for the 2014 World Cup is just hours away. I have always watched the World Cup, but on the grander scale, I am really just learning about soccer. The boys from The Thread and I all picked a Premier League team last season to help delve ourselves into the world’s most popular sport, and I chose the Tottenham HotSpur. While they gave an emotional roller coaster of season firing two coaches along the way, there wasn’t much in the form of excitement from such a low scoring and boring team.

So while I boosted my knowledge of some players and the sport, here’s what I know about this year’s World Cup: it is being played in Rio Di Janeiro, Landon Donovan was left off the US Team, and FIFA hates the Americans and gave us a nearly impossibly draw. That being said, I turned to some reliable sources, my guys Manyool (aka Manny) and the notorious CP that I work with pretty much 50 hours a week. These two guys are stud soccer players and pretty much eat, breath, and sleep futbol. In fact, if futbol was a lady, they would take her out and wine and dine her. When I started putting Tottenham games on the TVs at Verde during the soccer season, they began telling me all they knew about soccer. I can assume, much like the rest of the nation, Manny and CP will be getting drunk together yelling at TVs for the next month of their lives. To ensure no stone was left unturned, I also turned to some others for help. Wayniac Nation’s own Q – Tip chimed in and, of course, I turned to The Thread for their input as well. So, sit back, pop yourself open a nice cool Brahma, and enjoy some crazy predictions.

5. COTE D’IVORIE GETS THEIR YAYAs OUT 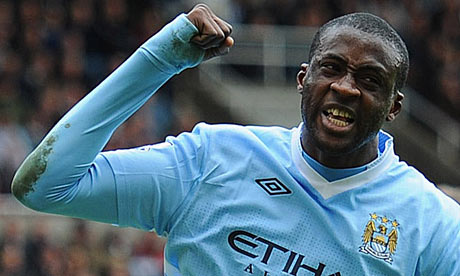 This one is all on Saucy T as he is a huge Man City fan. YaYa Toure is this team’s unquestioned leader. The 31-year old midfielder is one of the Top 25 players in the world and one of the most dominant players in the Barclays. Saucy T feels that Toure will continue his domination and lead the Ivory Coast out of the first round. Their main advantage is being in Group C. The group has a couple of dark horses in Colombia and Japan, but they are no more a guarantee to move on than the Ivory Coast. Put your eggs in Saucy T’s basket and enjoy the ride. Yaya will.

This is a completely foolish pick. Group D is stacked. The pick is solely based on the fact that my boy Fee and my friend Becca were wed on the shores of Playa Tamarindo in 2012 and it was the best eight days of my life. Thus, while everyone is ruling them out, I say they deserve the chance. It isn’t completely outlandish. The other teams are heads and shoulders above Los Ticos, but they do have their weaknesses. CP pointed out that Italy has no “real” players and Manny mentioned the Italians are wild cards. None of their players are at the top of the world’s renowned futbol stars and they are an old team making them either unstoppable or terrible with no in between. England will always be atop many people’s lists, but as Manny informed me, they play fast and that doesn’t always translate well to World Cup futbol. While The Englishman from The Thread has predicted an English World Cup title, most World Cup powerhouses play touch soccer. England lives and dies by speed ball while banking on hitting it long and connecting with their strikers trying to catch the opposition off guard. Uruguay will probably win this group, so Costa Rica needs to just work some magic and they will be on to the next round.

3. BOSNIA AND HERZGOVINA TO THE ROUND OF EIGHT

This is Sperry’s dark horse. Saucy T quickly pointed out that it is their first World Cup, which could be tough on them on such a big stage, but Sperry stood fast and thinks this will only inspire them more. “Bosnia and Herzegovina had a +24 GD in qualifying. Greece had +8 in the same group. They took 4/6 points from Greece. Their defense is stout. If they make it through their group behind Argentina, they will most probably see either France or Switzerland. With their stingy defense, they could very well win either of those match ups.” Yea… what he said.

Q-Tip is the biggest homer. If he did a bracket, he would find a way for the US to win. But he has some compelling points. Group G is no joke, but as Q-Tip points out, they all have to beat up each other. It’s like the NFC West. They can’t all win the Super Bowl, but even the Rams have an outside chance. He feels Portugal is too dependent on an injured Ronaldo, which will make it hard for him to survive that Germany game. If Portugal loses to Germany, Portugal will have to beat Ghana and the US to advance, which is no easy task. Germany should walk over Ghana and Portugal, which means by the time they face the US, they will have nothing to play for, in turn, playing a conservative game and giving the US a chance for the surprise tie or even win. If the US can beat either Ghana or Portugal and simply tie the other, they have a strong shot to move on.

1. DON’T CRY FOR ME ARGENTINA

Manyool is going with Germany. He simply thinks they are too stacked, saying that their bench can beat most of the teams in the World Cup. He made a case for the defending champs, Spain, saying they have some veterans but some quick youngsters. “You have to be in stupid good shape to play against Spain and you can quote me on that.” But in the end CP compelled me with his Argentina pick. He basically broke it down to two main reasons. The first is, despite their defense being a weakness, they have the best front line in the world. Sergio Aguero is the second best player on this team, and he is considered one of the top ten players in the world. That’s because he plays behind Lionel Messi, and that is CP’s primary reason for picking Agentina. “He’s won at every club level, has won every award there is, and has four straight Golden Balls (I laughed when he said that). Don’t you think at 26 years old he just wants to win the World Cup?” Well, CP, I do, and you’re right. Messi is being compared to Pele and Diego Maradona. When you are called the successor to the Hand of god, I think you may be good enough to lead your country to immortality. I don’t know much about soccer, but I do know Pele and Maradona. If you are in the company of a New York Cosmos legend, you are a-ok in my book (rumor has it Pele also played with Brazil).

So there you have it. Stay tuned throughout the World Cup for highlights and insights from writers across the Wayniac Nation. Until next time, let’s kick some balls!!!

6 thoughts on “Are You Ready For Some Futbol: Tempo da Copa do Mundo”