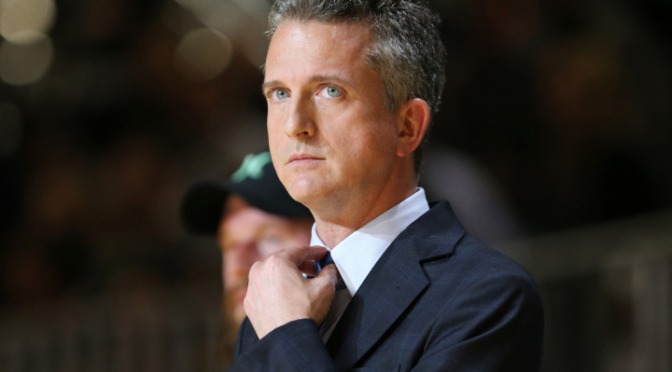 Bill Simmons is one of the reasons Dunton asked to join Wayniac Nation as a writer. Aside from his Boston loyalties, I think Simmons is a hell of a sports mind as well. Well, Simmons is now suspended and Dunton isn’t happy. He asked if he could go off in a rant on how ESPN is in the wrong for suspending a sports analyst for discussing sports. Bash ESPN, you say? Of course, Dunton, go right ahead…

END_OF_DOCUMENT_TOKEN_TO_BE_REPLACED

September 1, 2006. That was the day Roger Goodell took the reigns of the NFL and replaced Paul Tagliabue as Commissioner. His main goal was made clear from day one: to clean up the NFL and impose a fierce player conduct policy. He was known as the man who was here to “protect the shield.”

Goodell has since become a fine-bearing, suspension-levying authoritarian beast. He rules the NFL much like Drew Carey “judged” Who’s Line is It Anyway? with no rhyme or reason behind his judgements. It started in 2007 with Pacman Jones and has reached his all-time low Monday with the Ray Rice elevator video leak. It’s time for the NFL to reexamine their leadership.

END_OF_DOCUMENT_TOKEN_TO_BE_REPLACED

What a weekend, folks. The NFL’s kick off to its 2014 season was chock full of surprises, comebacks, upsets and fantasy football let downs. The Wild Card standings in the MLB shifted once again as the Seattle Mariners and Pittsburgh Pirates are making their push. College football had an overall soft week as less than a handful of significant games were played. And it was all overshadowed by Ray Rice and the complete ineptitude of Roger Goodell.

END_OF_DOCUMENT_TOKEN_TO_BE_REPLACED

What a boring week in sports, folks. It seems that there are points of the year that sports news takes a lull. Take February after the Super Bowl for example. I mean sure, if you are one of the 16 Americans who tune in to the NHL, you’re having a blast, but for the rest of us, it’s excruciating. While this week crawled down the road like your boy who can’t handle his liquor, there was still some interesting tidbits that went down.
END_OF_DOCUMENT_TOKEN_TO_BE_REPLACED

Where do I even start? There was a firestorm of controversy stemming from good ol’ Commissioner Goodell’s decision with Ray Rice and his disciplinary actions taken. That led to Stephen A. Smith and Skip Bayless going head to head over domestic violence on ESPN — the perfect forum to discuss social issues. Now, Smith’s days are seemingly numbered and my discontent with the Worldwide Leader in Sports continues to grow. 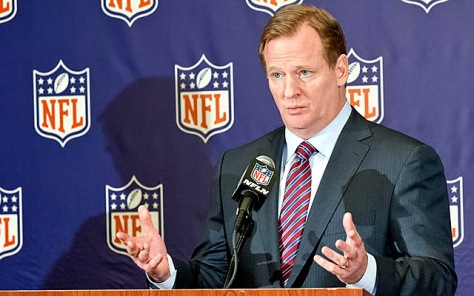 Roger Goodell has made a name for himself as the iron fisted commissioner who wanted to fix the NFL’s image by taking action against off field issues as well as on field matters. He worked on implementing very strict drug guidelines and corresponding suspensions for any violations. The grey area was in other off the field infractions, and this has led to years of inconsistency. People have already forgotten the back lash he took on the Big Ben Roethlisberger case a few years back. Was it long enough? Was it just enough considering the decision? The Ray Rice situation is quite the same and he completely missed the bus on this one. If you aren’t aware of what happened, you must not watch ESPN, and I applaud you for that. But I will give you a little recap.

Over the past few weeks, acclaimed NFL pot heads Justin Blackmon and Josh Gordon have both been nabbed with marijuana possession yet again. The clock is seemingly always 4:20 for these two and on top of it, they always seem to be doing something stupid behind the wheel that gets them caught. Do they know you can get Funions delivered? Anyway, over that same period of time, Minnesota Vikings Special Teams Coordinator Mike Priefer was suspended three games for being a blatant homophobe. Then just a few days ago, in a swift and harsh punishment, Ray Rice was suspended for a whole two games for beating his then fiancé and now wife unconscious. 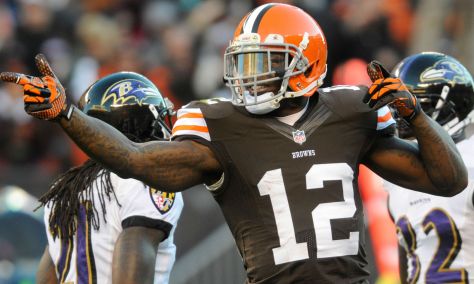 All the talk has been how absurd it is that Gordon and Blackmon face indefinite suspensions of at least one season while Rice misses a mere two games. Gordon and Blackmon were doing something that so many Americans do that many states are making it legal now. Rice did something inexplicable, unacceptable and quite honestly, simply disgusting. Yet by Week Three, he will be suited up and ready to go. But I’m not hear to argue the morality of that. ESPN’s First Take did that. And Stephan A. Smith led the way,

Stephen A. Smith proved everything wrong with the road ESPN has gone down with his diatribe against Ray Rice on First Take. ESPN is to sports what TMZ is to entertainment. It’s gossip. It is the World Wrestling Entertainment of sports coverage. Yet every morning, hundreds of thousands of people tune in to watch Stephen A. Smith and Skip Bayless state moronic opinions for some deplorable reason while I sit here trying to get a mere hundred people to read me per day!

No matter what his intensions were, no matter what he meant to say, Smith damned himself with one line that can be easily misinterpreted: “Let’s make sure we don’t do anything to provoke wrong actions.” Yikes. Via Twitter, Smith attempted to apologize and explain his stance, but in reality it was too late. ESPN’s own Michelle Beadle  led the charge in her disgust and came under attack for being mean to Smith. What is wrong with this country?

Smith was really trying to say that it is never acceptable for a man to lay their hands on a woman under any circumstances. He mentioned that yes, when a woman gets beaten, the police arrive and justice is usually served, but it’s too late and the woman has been beaten. He was trying to convey the fact that even though Rice’s fiancé struck first, it is still inexcusable for Rice to retaliate with physical action. He was trying to send a warning to women against misogynist men, yet when he said the word “provoke” he BECAME the misogynist. This is because he was way out of his league.

ESPN and it’s commentators, especially on the trash heap that First Take is, have no business delving into social matters. Talk sports fellas, that’s what you are there to do. It isn’t because their personalities shouldn’t be allowed to state their opinions, hell, I’m not even implying that they are idiots and don’t know what they are talking about, because that isn’t the case here either. The problem is that they aren’t versed in social commentary, they simply don’t know how deliver their moral message without sticking their proverbial foot in their mouths.

Take Smith’s actions for example. Let’s say he rips apart the NFL and Goodell for the way he levies fines and punishments and how he weighs certain criminal activity as more damning than others. Sure, he may piss some people off, he may not be held lightly among NFL higher ups, but he didn’t OFFEND anyone. There is a thin line between making someone angry and offending them and once you cross it, you are done. When you anger someone, they stew on it all day long, but eventually go to bed and wake up forgetting about it. But when you offend someone or an entire sex of people, as in Smith’s case, you wrote your death sentence.

ESPN is not the platform for discussing matters of this magnitude. Let’s not forget what ESPN stands for: Entertainment and Sports Programming Network. Where does domestic violence fit into either of those topics? It is certainly not a sport and damn well not entertaining, so why the heck is it being brought up. It unfortunately doesn’t stop with domestic violence as there are a bevy of sports personalities who feel it is their responsibility to make everything an issue about race or sexual preference or personal lifestyle choices. Rex Ryan has a foot fetish. While that is wildly hilarious, it doesn’t change the fact that he is a defensive master mind and, as much as it pains me to say it, a pretty darn good head coach. But that’s where it should end for ESPN. Could you imagine if Meet the Press had a rundown on the night’s action across the MLB as a segment of their show? How about a meteorologist giving their take on the sexism behind naming storms? It sounds so ridiculous because those networks would never delve into something outside the realm of their knowledge. But sports personalities continue day in and day out to do so. It’s simple really. Tell me who won the Yankee game, tell me if Kershaw threw another shutout and move on.

While Stephen A. and Skip’s daily rants don’t particularly strike me as fun to watch, there is no doubt that a large portion of sports fans find their over the edge take on sports entertaining. Whether they are right or wrong, people tune in to watch their intensity, and watch them go head to head and prove each other a fool. This time they crossed into uncharted territory. I honestly don’t believe Smith is a bad guy, and I think beneath it all, he really was trying to convey a positive message against domestic violence. However, his inability to go about it correctly and speak with fire from the heart instead of a well thought out stance against violence may be his ultimate end. Then again, the ratings and attention his rant generated could have him promoted to his own hour slot. That’s the beauty of today’s social media America.