The Futures Game is just one day away. We’ve spent the past three days trying to figure out who has the edge in each of the offensive departments, breaking down the infield, outfield and catchers on both the World and US roster.

The US had a clear advantage in the outfield, while the catchers were an overwhelming advantage to the World team. The infielders were pretty even, but with Yoan Moncada being the best prospect in the game, the World team got the ever-so slight edge.

Everyone knows that pitching is the key to ball games. Today we look at the righties that each team loaded up on their roster.

END_OF_DOCUMENT_TOKEN_TO_BE_REPLACED

The catching position in today’s game is an afterthought for the most part. The catcher very rarely decides the outcome of games these days, and even the defensive wizards like Yadier Molina have become increasingly slimmer in number. That’s why it’s important to pay attention to the future at the position.

END_OF_DOCUMENT_TOKEN_TO_BE_REPLACED 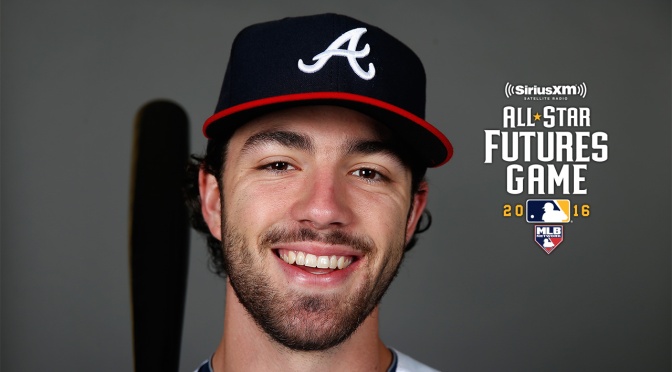 This Sunday from San Diego, the best prospects worldwide will partake in one of baseball’s most fun traditions, the Futures Game. A who’s who of prospects from all levels will go head to head in a battle of the World prospects versus the U.S. prospects.

Yesterday, we took a look at the outfielders on both sides for Sunday’s matchup. Behind age and experience, the U.S. outfield prospects had a clear advantage over the younger World outfielders. What about the infield?

END_OF_DOCUMENT_TOKEN_TO_BE_REPLACED

The US Team is simply loaded. Five of their current six outfielders are amongst their respective team’s top-three prospects and the sixth has suddenly become a lethal weapon at the plate.

END_OF_DOCUMENT_TOKEN_TO_BE_REPLACED

The MLB Futures Game is right around the corner. Some of the best and brightest of Minor League Baseball well tee off in San Diego this coming Sunday of All-Star Weekend to see if the World stars of tomorrow can take down the what the US has to offer.

Taking a look at the teams’ rosters will make it no easy task to pick a winner, as both teams are pretty stocked with talent. A position-by-position breakdown of who has the advantage may help shed some light on who may walk away triumphant.

Today, let’s take a look at the outfield prospects in the mix.