What a week, folks! Highlighted by yet another Suarez attack, there was a lot that went down around the sports world. So, fasten you seat belts, Wayniacs, as we go around the world of sports. 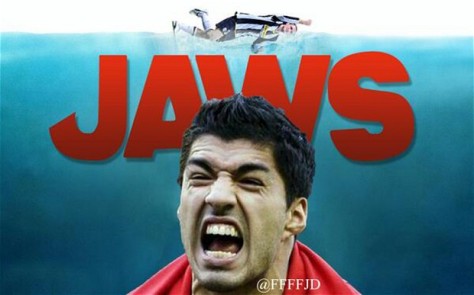 Here’s a little known fact: Did you know that the odds of getting bit by a shark are approximately 3.7 million to one? That means that based on the Vegas line and the course of his career, you are less likely to get bit by a shark than Uruguay’s vampire-esque superstar Luis Suarez. Suarez put the World Cup center stage with his antics, biting Italian defender Giorgio Chiellini in a game which would eventually decide who was the last team to advance from Group D. Coincidentally, Uruguay would win, but Suarez would pay the price being suspended from soccer for the next four months. The US lost to Germany in a decisive game that still allowed the USMNT to advance for a match against Belgium this coming Tuesday. So you win a game, you draw a game, and then you lose a game… but you ultimately come out of the Group of Death alive. This all proves that Americans are still too stubborn and stupid to comprehend soccer. Can I get an amen, Ann Coulter? 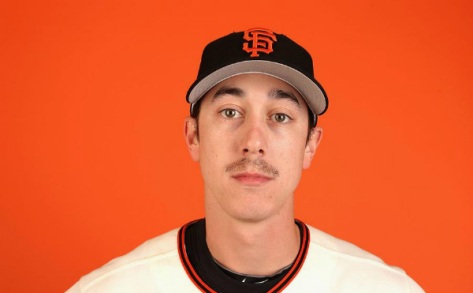 Turning to America’s other pastime, baseball had an eventful week. The hair is a little bit shorter and the mustache is a bit more porn starrish, but when Tim Lincecum is feeling it, he still has the ability to wow any baseball fan. The Freak no hit the San Diego Padres for the second time in a calendar year this past Wednesday, missing a perfect game by a mere one walk of Chase Headley. The Angels’ young superstar, center fielder Mike Trout also blasted his way into the the headlines. Trout slammed a home run 489 feet into the fountains at Royals’ Stadium, proving the old adage: chicks dig the long ball.

The NBA had a lot going this past week. Currently, everyone but Norris Cole has opted out of their contracts in Miami. Now, throughout the month of July, we all get to play the Where will Queen James go? game. Who cares? Where ever it is he goes, he will win a lot of games, score a tremendous amount of points, and then lose to Tim Duncan in the NBA Finals who said he will return for another year. The NBA Draft was also this week, and of all the picks and trades that went down, none was better than Baylor’s Isaiah Austin. Austin, a projected first round pick, had to end his career before it started due to Marfan syndrome, yet Commissioner Adam Silver still called his name Thursday making Austin an honorary NBA draft pick. Between tossing that bum Sterling out on his racist rear end, not rigging the NBA Finals to let Bron win, and now this move, Silver is certainly gaining a lot of friends and momentum heading into his first full season as Commish.

The NHL had their draft as well. 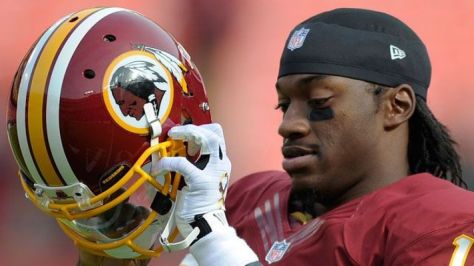 Hail to the Not So Politically Correct Native Americans! The big news in the NFL this week came off the field, as the Redskins name and logo lost several of its trademarks and copy rights. It is looking more and more like Daniel Snyder will have to change his team name from the Redskins. Rumored replacement names have been the Affordable Health Cares, the Socialists, and Daniel Snyder’s Big Pile of Wasted Money. In Texans news, there is hope on the horizon, fellow Texans’ fans. Third string quarterback Case Keenum plans on reaching out to Andre Johnson to throw with during his hold out. Yea, that’s exactly what Andre needs. Everyday, AJ must be one step closer to losing his mind.

And lastly, everyone’s favorite troubled golfer Tiger Woods returned to the limelight this weekend at the Quicken Loans International… well, kind of. Woods didn’t do terribly in his first two rounds of his return, but it wasn’t good enough to make the cut. No red shirt this Sunday, but the golf world is happier their favorite feline is back.

What does the week in sports have in store? That’s the beauty of sports: you can read the Vegas lines and people’s predictions all you want, but they are about as accurate as a meteorologist. Until next time, let’s hope the Yanks beat the Sox in the rubber match tonight and make sure you have your red, white, and blue on Tuesday at 4 PM. In the immortal words of Journey: Don’t stop believing! USA… USA… USA!!! 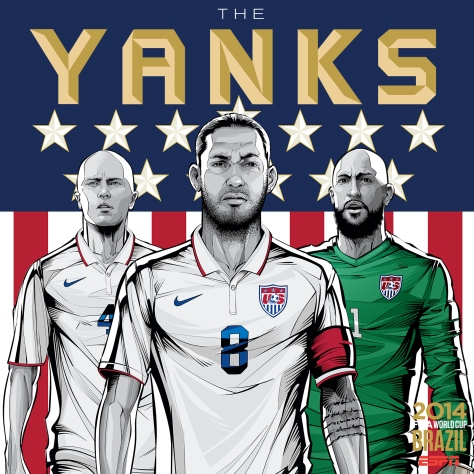 The entire world has been engulfed by the World Cup this past week. Whether you love futbol or are one of those people who loves to bash it for being boring and soft (yet tune into baseball and LeBron James and his cramps), the numbers don’t lie: more people are watching than aren’t. Luis Suarez had two goals in his 2014 World Cup debut to send England packing before the knockout round for the first time in nearly 60 years. In just three short weeks, Suarez has to return to Liverpool for the start of The Barclays/ EPL season where I’m sure he will receive a very warm welcome. Spain, who has been ranked number one in the world since 2008 and are the reigning World Cup champs, were bounced by the Cinderella Chile national team. And then there is the good ol’ US of A. Our men’s national team pulled off a big win against Ghana in game one and later today, take on an injury-plagued, suspension-filled Portugal team. The US had two great goals against Ghana but played an otherwise uninspiring game, despite the fact that major sports sites gushed about their game one performance, proving what most of the world already knew: Americans know nothing about soccer. Jozy Altidore is out, our captain has a broken nose, and the man who put US Soccer on the map in Landon Donovan is sitting at home.

Speaking of boring sports, let’s turn to baseball. MLB’s biggest diva hadn’t been in the spot light for several months, so Alex Rodriguez returned to the headlines by dropping his lawsuit against the Yankees’ medical staff. Early reports indicate that A-Rod didn’t necessarily realize he was wrong, but ultimately discovered that no one gave a rat’s ass. On a serious note, the baseball world and San Diego mourned the passing of a great one. Tony Gwynn left us this week, but will always be remembered by his big hits and bigger smile. As a lifelong Gwynn fan, I paid tribute to him this past Tuesday. If you missed it, please check it out: The Loss of a Legend.

BONEHEAD OF THE WEEK AWARD: Hanley Ramirez, SS, Los Angeles Dodgers. The 30-year old, 10-year MLB veteran short stop made the biggest error of his career on Wednesday night. Ramirez threw away an easy out in the seventh inning an in doing so, he threw out Clayton Kershaw’s perfect game, which would have arguably been the best perfect game ever thrown. Kershaw was dealing Wednesday night, needing just 107 pitches en route to striking out 15 Rockies and walking none. Yet Hanley Ramirez couldn’t reach first base. Well done, dumb ass.

Big news in the world of golf: Lucy Li, an 11-year old prodigy, made big news appearing in the Women’s US Open becoming the youngest girl ever to do so. While she didn’t make the cut, she did extremely well with 78s on an extremely tough Pinehurt No. 2 course and finished 120th out of 154 contestants. I mean, really, how bad do those 34 women feel who lost to an 11-year old right now? Oh yea, Tiger Woods also returns this coming tournament. Waffle House waitress nation wide rejoice. 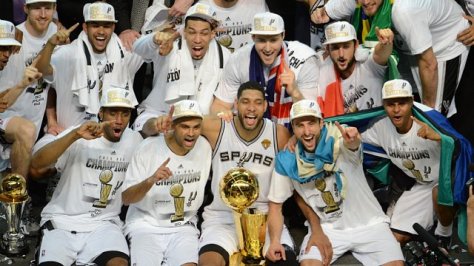 The NBA is done and the Spurs, as predicted here on Wayniac Nation, won their fifth championship. Which of course means all the talk has been about Pat Riley and his big three attention hounds in Miami. Will LeBron be back? Is Dywane Wade healthy enough? Is Chris Bosh really a dinosaur? No one seems to care that Tim Duncan, the greatest power forward of all time, is 38-years old and may retire. Everyone forgot that Tony Parker was banged up heading into the Finals and like Wade, his body seems to be wearing down. Oh yea, Gregg Popovich secured his fifth ring in 18 years. No one cares.

The NFL OTAs are still under way and Andre Johnson is still a no show. I’m sure that Bill O’Brien officially naming Ryan Fitzpatrick starting quarterback for my Houston Texans will change Johnson’s mind and have him running back to training camp.

And lastly, there is nothing to report from the NHL because, well quite frankly, who the hell cares about hockey anymore anyway? But seriously folks, the Rangers lost the Stanley Cup to the Los Angeles Kings. Hope you enjoyed it Rangers’ fans. If history has showed us anything, your team won’t be relevant for at least another 20 years.

There you have it, the world of sports in under 700 words. Now go get your red, white, and blue on because I BELIEVE…