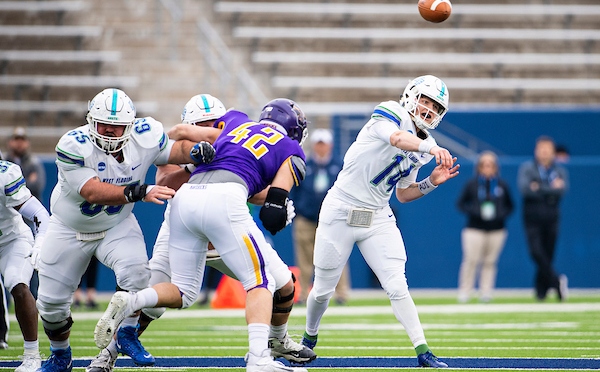 Welcome back DII sports fans. The NCAA DII football season has officially begun with most teams returning to practice on Monday, August 9, 2021. For some teams, it was a long-time coming.

One of those teams is West Florida. The defending national champions did not play a single down in the fall or abbreviated spring DII football season. Despite that, I have them coming in at No. 1 in my DII football preseason Power 10 rankings.

Austin Reed is back under center and in case you forgot, he threw for 523 yards and six touchdowns in the 2019 DII football championship game. His two main targets are gone, but he has plenty of weapons in wide receivers Ka’Ron Ashley and Rodney Coates as well as DI transfer David Durden who could challenge for newcomer of the year.

Before the season gets started, be sure to check out my entire Power 10 rankings, the first five out and two sleepers that you should have your eyes on in 2021. Read the full article here.