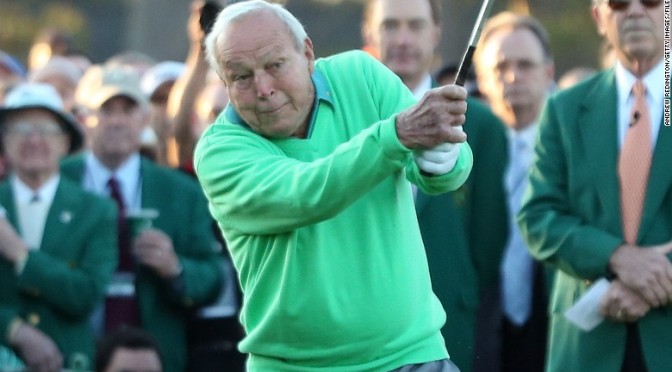 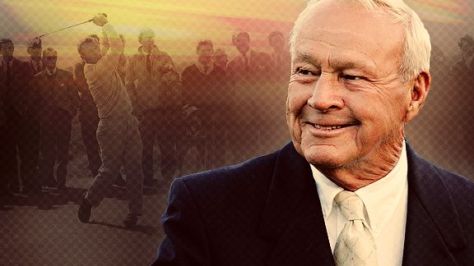 For a 40-year-old to write about the influence of Arnold Palmer on the game of golf seems a bit odd, but if you are a golf fan it makes perfect sense. Tonight we lost the legend, the great one, the leader of Arnie’s Army, to put it plainly we lost the King. Arnold brought the game of golf to the public in a way that everyone who has followed in his footsteps can only thank him for. He was a man of the people and a public favorite. When he and Jack were going head-to-head, people marveled at Jack’s talent but LOVED Arnie. I don’t have many memories of Arnie winning majors but I can tell you one memory I have of him.

It was 1994 and we were saying goodbye to Arnie at the US Open in his backyard at Oakmont Country Club in PA. We could all tell that he just didn’t have it anymore to compete on a high level but man he grinded over two days. Despite the welling of tears in his eyes, he made sure to leave with class and not let the fans down. He stopped and shook hands, patted kids on heads, smiled and waved and walked off handing the world of golf over to the new generation. I marveled at his ability to connect with every individual he encountered.

Right now we should all pause for a few moments (18 seconds would be perfect) and thank Arnold Palmer for his loyal service to the golf world. He was a fabulous player, a fan favorite, a great ambassador, but more importantly just an all around great person. Rest in Peace, Arnold. We say goodbye to you tonight but you will never be forgotten.

Thanks Arnold for your friendship, counsel and a lot of laughs. Your philanthropy and humility are part of your legend.

(2/2) It’s hard to imagine golf without you or anyone more important to the game than the King.

Arnold Palmer was the epitome of cool. RIP you legend⛳️ https://t.co/N5xZVdeFQY