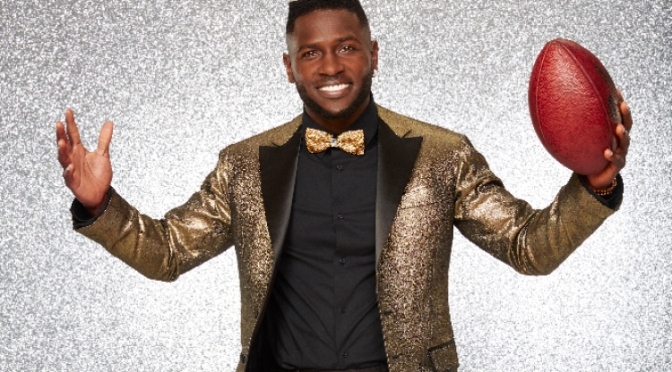 It’s that time of year, my fellow sports world Dungeon and Dragoners. Preseason football is underway, there are magazines on the super market shelves, and the Sirius/XM Fantasy radio station has nixed baseball and gone directly to all fantasy football all the time.

The good news is for those that have followed our growing fantasy network — with the top Starts and Sits each week, weekly player analysis and last season’s addition of FanDuel Fee breaking down DFS — are all back. Saucy T, J.D., Teddy Ballgame, Dunton, FanDuel Fee, The Wifeyiac as well as our other guest columnists have all signed on for yet another year of the best FREE fantasy football advice on the World Wide Intraweb.

Now that we got the niceties out of the way, let’s get to it.

Last season I sat here and said that a new era of fantasy football had begun, and it was no longer a running back first overall game. Several of my own analysts sounded off saying that it was too soon to bite, and that running backs were still the way to go because no one touches the ball more than the running back that led his backfield in playing time.

When I got the first pick in one of my leagues, I had but no choice to prove my point. I went quarterback No. 1 overall. Although I declared in the aforementioned piece that you could indeed win a championship by not selecting a running back 1-1, I am sorry to say I fell just short. I made the championship game, my team put up a very respectable 141 points, but I would lose to my long time nemesis Cochran, who has now ousted me in the semi-finals or finals six times in my life, after Blake Bortles exploded for some huge garbage time points in the fourth quarter.

People will still say you are nuts to go against the grain, but this isn’t your grandfather’s fantasy football anymore (considering this is my 19th season with the Nitro League, I would venture to guess I am the grandfather is the previous cliche).  They will fight you and say that a running back can get you points through the air and on the ground and no one is more of a threat in the red zone than a solid RB1.

Look at your top running backs. I get it, Adrian Peterson defies all laws of running backs — because he is either an alien or robot — but he is 31 years old. As a baseball writer in the fantasy football offseason, you learn one thing. Numbers don’t lie. AP is heading for a fall off. It may be next season, but are you willing to gamble your No. 1 pick on that?

David Johnson and Todd Gurley? Fantastic rookie seasons. Both are young — 24 and 22 respectively — and have a lot of tread on their tires. Sitting here right now, if you had the first pick, do you feel comfortable taking David Johnson? Say that sentence out loud.

With the first pick in the 2016 fantasy football draft, I select David Johnson?

No shot. Gurley is a sexy pick, but let’s face it. The Rams are a crap shoot. Who knows what they can do.

Let’s take a look at the past few rookie running backs, shall we? I got stuck with one last year in the third round in Melvin Gordon. Ameer Abdullah was supposed to take over in Detroit. Gurley began last season recovering from injury and was not a first round pick and Johnson was a waiver wire selection. Remember when people jumped all over Bishop Sankey two seasons ago?

My point is that you are taking a highly calculated, but dangerous risk selecting Ezekiel Elliot in the top five selections. Yes, that Cowboys line is nasty and they always have a good offense, but you have nothing to base his performance on.

That leaves Le’Veon Bell. How long will he be suspended this time? Last year, despite the suspension, I felt he was still the first RB off the board around pick three. This year I’m not so sure. There is a lot of uncertainty surrounding him, so buyer beware.

So, who are my top five? I don’t think they will come as a shock:

Nary an RB amongst them. To be honest, I would probably put DeAndre Hopkins and A.J. Green at six and seven, but I could still envision myself grabbing AP or Gurley with one of those picks.

Rodgers was a let down last season, but he was missing Jordy Nelson. He still put up insane numbers: 3,821 yards passing and a 31:8 TD:INT ratio. He will be back and at just 32, has a lot left in his soon-to-be Hall of Fame career.

Gronk will probably have a lot of question marks. A tight end? At No. 5? Let’s face reality, however. I have had Gronk on my teams twice. Both teams made the championship game. He is a game changer, and has the talent of a wide receiver in a body that simply can’t be tackled. He has double-digit touchdowns in five of six seasons, including 23 over the past two seasons alone. He had 120 targets last season while missing a game and posted the highest yards per reception of his career.

That’s right. Gronk may be getting better. And don’t worry about Jimmy G being under center for four games. For one, he looks pretty good. Secondly, young quarterbacks amid their NFL debuts often rely on their No. 1 target and their tight end as a safety net. Gronk happens to be both.

I think the top three speak for themselves. You simply have to throw the ball in their vicinity and you will get fantasy points. Think about this, Julio put up the second most fantasy points at wide receiver while being the only receiver in the top of the leaderboard without double-digit touchdowns.

If Atlanta can improve their offense behind a better offensive line and the second season under Kyle Shanahan’s system, Jones may become the best player in fantasy football.

Until then, I think it is Antonio Brown. He has a reliable quarterback, a stout offense, and with Martavis Bryant suspended, it opens even more targets for him.

There’s a whole lot more coming in the next few weeks as we prep you for Draft Day 2016, but just want to get you drooling at the bit. Am I mad with my projections? Sound off in the comments and let me know!