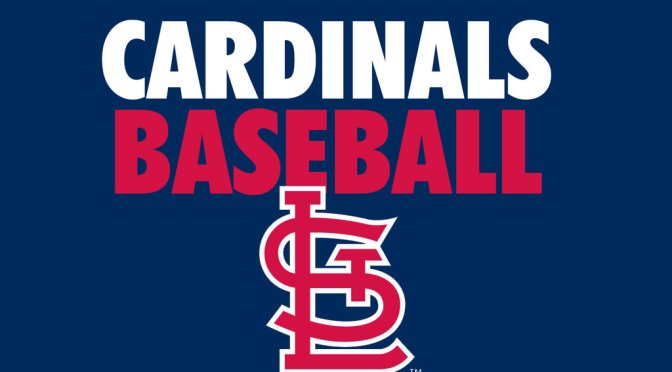 The St. Louis Cardinals have arguably the top pitching prospect in baseball — Alex Reyes continues to miss bats at an unworldly pace. Not to be overlooked, however, Luke Weaver is making a strong push to be right behind Reyes en route to the big leagues.

Weaver was Florida State University’s ace for two seasons before being drafted by the Cardinals in the first round of the 2014 MLB Draft. The 6-foot-2, 170-pound right-hander had an up-and-down junior season with the Seminoles. An outsider looking at the stats would see fantastic numbers: Weaver finished his collegiate career with an 8-4 season, posting a 2.62 ERA while striking out 85 batters and walking just 23. To the trained eye, however, it was a down season. Weaver’s mid-90s fastball dipped to the high-80s, and his strikeout-to-walk ratio was much lower than his 119-to-19 sophomore mark.

Those factors caused some concerns, and as a result, Weaver — once considered a mid-first-round talent — fell to the end of the first round. The Cardinals have been reaping the rewards ever since.

Weaver hurled only 9 1/3 innings in 2014 after being drafted, but his huge 2015 got everybody talking about the righty. His velocity came back to the level of his sophomore campaign at FSU, and he dominated the Florida State League, going 8-5 with a 1.62 ERA and a 1.11 WHIP, striking out 88 and walking 19 in 105 1/3 innings pitched.

One of the knocks against Weaver is the fact that he hasn’t pitched a full season yet. This was true in 2015, when he began the season on the disabled list, not making his debut until May 14. A wrist injury caused Weaver to suffer the same fate this season, not gaining game action until June 5.

But what a game it was.

In Double-A Springfield, the 22-year old fired 7 1/3 shutout innings, allowing no walks and just five hits while striking out 10 batters, nine of them chasing. He allowed a mere four runs over five June starts, winning his first three games in a row. He earned Texas League Player of the Month honors, going 4-0 with a 1.15 ERA and a 37-to-3 strikeout-to-walk ratio over 31 1/3 June innings.

Heading into Thursday evening’s start, Weaver has increased his strikeout rate from 2015: 7.52 per nine to 10.31. He is a master of command, landing at least 70 percent of his pitches for strikes in three of his ten outings this year and posting a ludicrously small 1.31 walks-per-nine mark. He has a 1.31 ERA and a minuscule 1.02 WHIP, but here is the astounding part: Despite limiting opponents to a .224 average this season, Weaver has a .308 BABIP against him. His numbers could actually be even better.

For more analysis on his delivery and arsenal, including video and big league projections, head on over to Today’s Knuckleball by clicking on the link below for my full article: