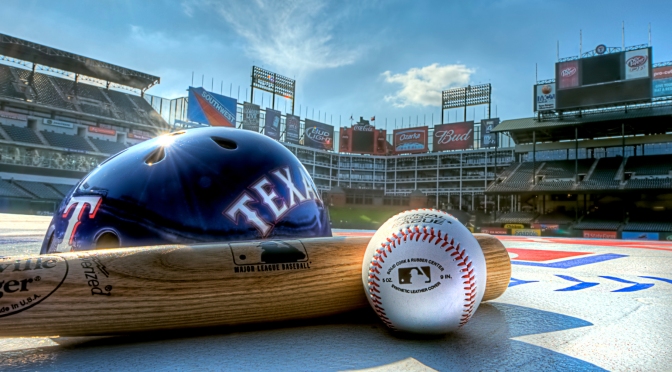 The 2011 and 2012 seasons were big ones for the development of the future Texas Rangers. In 2011, Texas opened up the bank on the international free agent market, spending $8 million on two teenagers named Nomar Mazara and Ronald Guzman. The following season, they snagged big names like Joey Gallo, Lewis Brinson, and Nick Williams in the MLB Draft.

While four of those names have become baseball’s top prospects in the game, Guzman has idled away in A-ball, seemingly searching for the skill set and maturity that the Rangers saw in him five years ago.

It seems Guzman, now 21 years old, may be coming of age in Double-A Frisco.

Guzman was regarded as one of the best hitters on the international market in 2011, so the Rangers made a big play when they signed him and Mazara on July 2 of said year. He has a big, projectable frame — standing at 6-foot-5 and 205 pounds — but the raw power many saw in Guzman simply did not come to fruition over the course of his first four seasons.

His 2012 debut season with the Rangers’ Arizona League team was promising, as that team featuring Gallo, Brinson and Mazara brought home the AZL championship. He slashed .321/.379/.434 with 15 doubles and one home run in his 52-game freshman campaign. The big first baseman ran surprisingly well on the base paths, swiping seven of eight bases. He struck out 42 times (just 17.9 percent of the time, which is not bad at all for a 17-year-old) and walked 19 times.

Guzman skipped over another season at Rookie ball and made the leap to Low-A Hickory. The next two years, however, were full off adversity, nearly derailing the youngster’s career. His 2013 sophomore campaign got off to a slow start after going down with a knee injury in spring training, limiting him to just 49 games, but his 2014 season wasn’t exactly any easier.

That was in large part due to Guzman’s head not being in the right place. Much speculation about the the young first baseman grew like wild fire after he was involved in a traffic accident resulting in a motorcyclist’s death. Guzman was cleared of all charges when it was determined the motorcyclist was under the influence and in fact hit Guzman, but it didn’t make the road back mentally any less difficult.

He slashed .218/.283/.330, striking out a then-career-high 21.7 percent of the time. He showed little over-the-fence power with just six home runs, but did show nice line-drive gap power, racking up 32 doubles, good for sixth in the Sally.

Last season was an odd mixed bag for Guzman. On the one hand, he handled his promotion to High-A statistically well, and looked like he had moved past his difficult 2014 on and off the field. On the other hand, it was the California League, and the hitter-friendly confines often help aid an offensive surge by its rookies. Despite his stats looking like they improved, it was important to look at the bigger picture.

Guzman finally mastered Sally pitching and after his first 24 games — in which he logged a .309 average and three home runs — he headed to the High Desert Mavericks in High-A. His end line was nice as he slashed .277/.319/.434 with a career-high nine home runs while adding 25 doubles and seven triples. He also put up the worst strikeout-to-walk ratio of his young career, at 101-to-27, striking out a career-worst 22.3 percent of the time. An August and September surge and a strong playoff run made it reasonable to get excited and hope that Guzman had finally turned the corner and found his groove. It was also rational to be cautious and temper expectations, wondering if he was a product of his surroundings.

This season has shown that Guzman did in fact turn that corner in the Texas League. Now the age of a college junior, Guzman is growing mentally and physically into a top prospect for the Rangers once again, enjoying a tremendous breakout season that earned him his first All-Star Game honors of his career and an invite to the MLB Futures Game.

Guzman is part of an exciting top-three to the Double-A Frisco RoughRiders batting order, settling in the three-hole behind Lewis Brinson and Andy Ibanez. Heading into Sunday’s action, Guzman is slashing .294/.356/.491 behind a career-high 14 home runs. He has lowered his strikeout rate by four percent from his California League debut and is walking a career-best 8.4 percent of the time. Simply put, Guzman is becoming a mature hitter all while facing the most advanced pitching of his career.

For more on Guzman’s big year, head on over to Today’s Knuckleball for my full article.