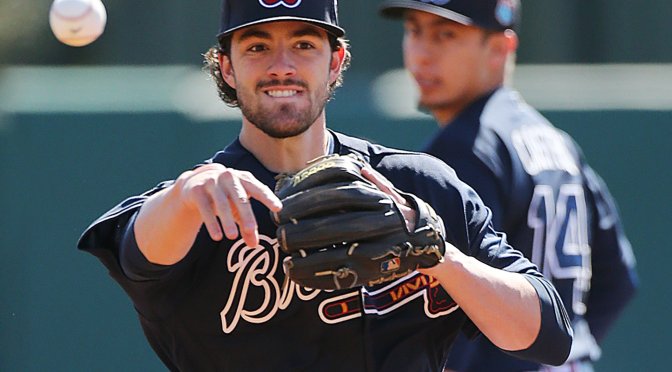 Last season was the year of the shortstop. Carlos Correa, Addison Russell and Francisco Lindor had huge debuts at the big league level, while the first round of the 2015 MLB Draft was littered with shortstops from top to bottom. As everyone remembers, the first three picks in last year’s draft were all of the shortstop position.

So how have they fared?

Brendan Rodgers, of course, was the first high school player taken off the board in 2015. Being the youngest of the shortstops taken left him the least likely to make his MLB debut first, but that hasn’t meant he hasn’t played well.

Rodgers half-season 2015 debut wasn’t eye-popping, but nowhere near a poor performance. Taking into consideration he played dinged up most of that time — battling hip and hamstring issues — Rodgers’ .273/.340/.420 slash line and three home runs were promising.

The 6-foot, 180-pound 19-year-old battled injury yet again this season, spending time on the disabled list with a knee contusion. He was red hot before being shelved on May 15 — slashing .341/.404/.591 with seven home runs — but has slowed down a bit since his return. His play hasn’t gone unnoticed on the season as he will be in the South Atlantic League All-Star. He is currently batting .285 with eight home runs and 15 doubles, but durability has certainly become a concern that hopefully is addressed.

The Tourists have played Rodgers at second base some this season, perhaps getting him ready for a shift. Many scouts originally felt he would have to shift to third base, but he has shown a better fielding percentage (.952 at second as opposed to .940 at short) and better range factor (5.00 at second versus 4.23 at short) at second so perhaps staying in the middle of the infield is still in his future. His quick bat, natural strength and sound instincts profile well at any position in which he sticks.

Like Rodgers, the Astros’ 22-year-old shortstop spent time on the DL this season. Bregman, however, hasn’t missed a beat in his debut Double-A season.

Alex Bregman had an impressive first half-season, making it to Advanced-A ball where he out performed his Low-A debut. He slashed .319/.364/.475 with three home runs in 160 at bats in Lancaster, hitting for higher average and more power than he did in 112 at bats for Quad Cities.

This season has been more of the same, as Bregman has jumped a level and seemingly continued to show improvement. He is currently slashing .310/.409/.592 with 13 home runs, 11 doubles and 41 RBI, but what is most impressive is his patience at the plate. Bregman has struck out just 20 times this season while walking 27. He has now walked 56 times in his young career while striking out 50, and that kind of plate discipline can’t be coached. Bregman simply has it.

Bregman doesn’t profile to be a big power bat (although 20 home run potential is very much in reach) but he displays fantastic gap power, profiling to be more of a doubles hitter as well. While there is little question that his bat will succeed at the big league level, there are big question marks about where he will play.

The 6-foot, 180-pound right-hander has played seven games at third base this season, and while he hasn’t committed and error in 18 chances, he has very questionable range. Defense has never been Bregman’s strong suit, but solid instincts and a decent enough arm for either slot on the left side of the infield have made up for mishaps along the way.

With Jose Altuve and Carlos Correa arguably the most exciting young double-play combo in the big leagues, it will be interesting to see where the Bregman defensive experiment leads.

Who trades away the number-one overall pick after he produces a half-season debut everyone had hoped for just a few months later? The Arizona Diamondbacks, that’s who.

Dansby Swanson fared well in his Rookie League debut for the Hillsboro Hops, slashing .289/.394/.482 while posting an .876 OPS. He was rewarded by being shipped off to Atlanta with fellow top prospect Aaron Blair in the Shelby Miller deal that has thus far backfired for Dave Stewart and the D-backs.

Since his arrival in Atlanta, Swanson has climbed to Double-A. He tore up the Carolina League to a .333/.441/.526 slash line in 21 games, leading to a quick promotion to Double-A Mississippi. He has struggled a bit since, showing an uncharacteristically-high strikeout rate 0f 16.1-percent (which is still not alarmingly high) while also posting an equally uncharacteristic low walk rate of 9.5-percent (a number Swanson is usually has well into double-digits). His last four games have seen him go 0-for-19, striking out five times and walking just two.

That’s of no matter though as it is simply a cold spell. Swanson seemingly has no weaknesses; he is above-average in all of his skill set. He plays such a good shortstop that the Braves have moved Ozzie Albies to second base since he was promoted to Gwinnett, and it is looking more and more like an Albies/Swanson double-play combo will debut in 2016, albeit it may be as September call-ups.

Unlike Rodgers and Bregman, Swanson is the unquestioned Braves shortstop of the future and, barring trade (which always needs to be said when discussing the Braves) will be a National League All-Star for years to come. He has advanced range and instincts well beyond his years, plus above-average speed to help with both his range and base path skills (Swanson is 10-for-12 in stolen base attempts on his 79-game minor league career).

Don’t forget t read my full article as well as a bevy of others from baseball’s best writers like Jon Heyman, Bernie Pleskoff, Roy Cummings, Bobby DeMuro and more at Today’s Knuckleball. Get there by clicking the link below!