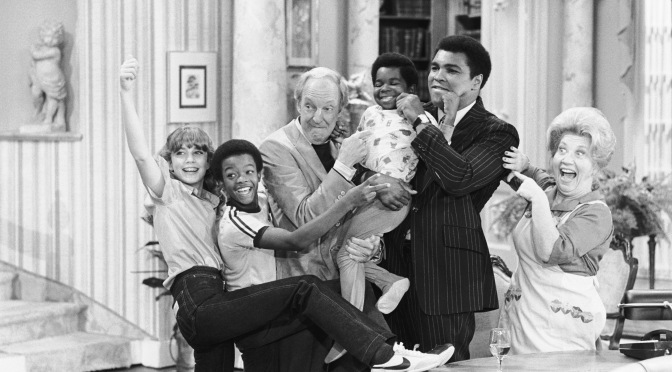 I was born in 1975. By the time I was old enough to understand the greatness of Cassius Marcellus Clay, he was more of a pop culture icon than a fighter, wrapping up his illustrious career with the Drama in the Bahamas and a loss to Trevor Berbick.

I certainly knew who Muhammad Ali was, however. Everybody did. He’s probably the biggest pop culture legend of his time. And yesterday, the 74-year old Greatest passed away.

First and foremost, this is my blog, not a source for breaking news. I don’t report news, I give my opinions on the facts and situation at hand once it is all sorted out. When a sports legend passes I try to give my take on the figure and what he or she meant to me, more so than give you the biography that has been published thousands of times before you read this. I have been called out for this by two other blogs that will remain nameless, saying I make it about myself, but I don’t apologize for that. Like I said, this is my blog, and what you read are my feelings.

My feelings when it comes to Ali is that “The Greatest” is probably an understatement as far as nicknames go. There probably isn’t a person alive that doesn’t know who Ali is, whether it’s because Will Smith made him a screen legend or because he became the ambassador of humanity. Ali became greater than the greatest.

Like I said, I never saw Ali fight live. You know when people ask you that question, “if you could go back and watch anyone athlete play, who would it be?” There’s your answer. Think about how hard these guys today have to work to promote a Pay-Per-View fight. Muhammad Ali said I’m fighting and the whole world watched. His unforgettable quotes made boxing promotion part of the fight long before Don King stepped in a ruined the sport.

The Rumble in the Jungle. The Thrilla in Manila. The Fight of the Century. Whether you know boxing or not, most of those names are very familiar. Just like this picture is:

This picture isn’t just one of the most memorable pictures in sports, its part of American history. He used his fame to become a prominent figure in the trying times in which he was living, most notably in his views on the Vietnam War and being one of the most famous conscientious objectors of the period.

But, that’s not how I remember Ali. I remember the quotes that would live forever from the grand daddy of all trash talking, I remember the likable figure that posed next to presidents and world figures. You know why? Because he was bigger than them… they wanted their picture slugging (or maybe hugging) The Greatest. 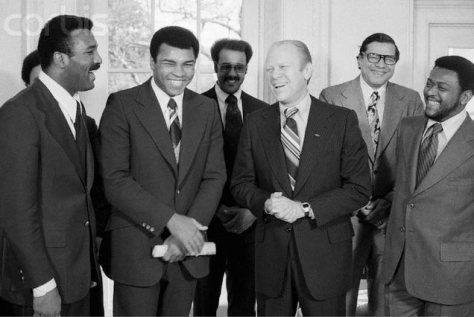 I remember Muhammad Ali getting duped by Willis and Arnold Jackson, yet still come to the rescue by putting the fear of Allah into The Gooch. I remember Ahmad Abdul Rahim of the Bad News Bears getting that huge triple in the Astrodome and declaring: I fly like a butterfly and sting like a bee, I rounded second, now I’m standing on three!” And of course I remember this legendary debate.

(WARNING: some offensive language is in here, I believe you youngsters who can’t spell anything out anymore call it NSFW.)

That’s who Muhammad Ali became by the time I was old enough to play Mike Tyson’s Punch Out. He was the guy that was the greatest athlete that we’d never get to see, but seemingly we got to see everywhere one way or the other. He was the trash-talking, egomaniac that you would think the world over would come to hate because of his arrogance, but in the end was possibly the greatest showman on earth that became America’s most beloved icon. Everyone wanted to get a go at The Champ. 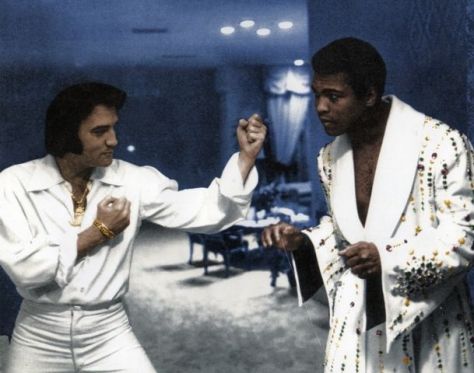 I could sit here and tell you that Ali was the greatest fighter of all time, I could sit here and tell you what he meant as a Civil Rights activist, but that’s not what Ali meant to me, and that is by no means belittling all that he accomplished both athletically and socially. But Ali to me, was the greatest showman in the history of the game. He was the blue print if you will, about what trash talking was all about… he backed it up and people love it. He was old school WWF all in one, acting like the ultimate heel like Andre the Giant but an American hero like Hulk Hogan. He was his own reality show without even trying to be. The cameras loved his every move.

“I wrestled with an alligator, I tussled with a whale, I handcuffed lightning, thrown thunder in jail, I’m bad man….Last week I murdered a rock, injured a stone, hospitalized a brick. I’m so mean I make medicine sick.” 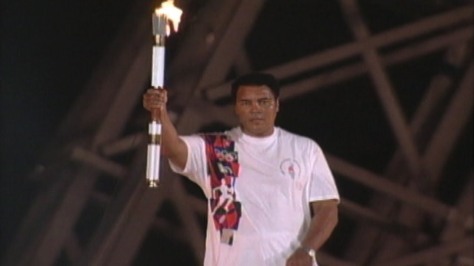 RIP Cassius… watch me bash this.