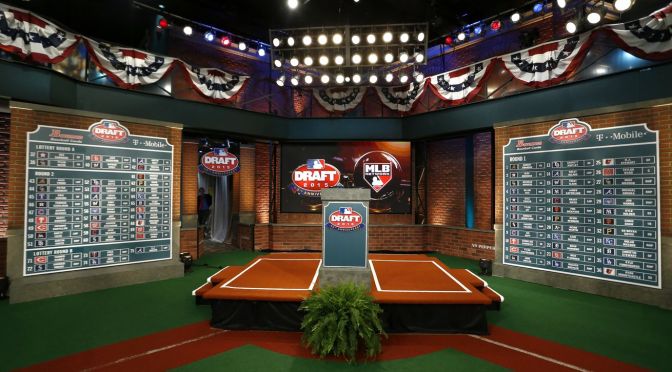 High schooler Jason Groome may be the best pitcher in the draft, with A.J. Puk widely considered the best arm that college ball has to offer. It’s safe to assume that Riley Pint is seen as the second-best high school offering for this June’s MLB Draft, but who is the next-best collegiate arm?

Hudson is the prime example of how a projectable frame and ever-improving mechanics are sometimes more enticing to scouts and prospect evaluators than mere numbers. The 6-foot-5, 205-pound righty has not had an overly impressive resume over his three years in college. You can argue that he isn’t even the Bulldogs’ best pitcher. What you can’t argue is that he has the build, velocity and pitch arsenal that has Major League Baseball teams drooling over Hudson.

He, like many elite high school pitchers, was drafted after a strong senior season for Sequatchie County High School in Tennessee. His 1.09 ERA was attractive, but what got him in Perfect Game’s Top-100 players was the mind-blowing 124 strikeouts and just 14 walks he posted over 64 innings. The Texas Rangers took notice, even trying to lure Hudson into a signing bonus as a top-five-round pick. Alas, the Rangers did wind up drafting Hudson, but not until the 36th round, and he took his talents to Mississippi State.

His freshman year wasn’t exactly pretty. Hudson made five starts over six appearances, posting a 1-2 record with a 4.67 ERA and a 10-to-8 strikeout-to-walk ratio over 17.1 innings. That translates to 4.15 walks-per-nine, and that was a big issue. MSU moved Hudson to the bullpen for his sophomore campaign and the results weren’t much better. He went 1-1 with a 4.32 ERA and a 26-to-11 ratio, or roughly six walks per nine. Opponents batted .254 against him.

Hudson headed to the Cape, and it suddenly it all clicked. A breakout season for the Hyannis Harbor Hawks against the nation’s best collegiate hitters is going to put you on the map, and that’s exactly what it did for Hudson. He was fifth in the CCSL in ERA with a 1.69 mark and showed that strike-throwing ability and control that made him so attractive in high school. He posted a 41-to-7 strikeout-to-walk ratio over 42.2 innings with an impressive 0.96 WHIP. It was enough to earn the righty Preseason All-American honors.

His new pitching coach at Mississippi State seems to have a lot to do with his improvement. Wes Johnson has long been known as a master of velocity, having some of the fastest rotations in the nation. He was also able to refocus Hudson’s mechanics — or remodel it, as Hudson said — on what works, giving him both velocity and better command of his stuff.

And his stuff is nasty.

Hudson has a four-pitch arsenal. His fastball moves, as he can make it both run and sink while regularly landing it in the mid-90s, topping out at 97. Unlike many amateurs pitchers, Hudson’s best pitch isn’t seen as his fastball, but instead his hard-breaking slider that gets batters chasing in the upper 80s, while hitting as high as 92. Both his changeup — which usually sits in the low 80s — and curveball are considered his pitches that he needs to work on, but both are also considered above-average.

He looks like he has little issue repeating his motion out of the stretch. He’s a bit awkward looking when runners are on, but it seems to work for him as well.

For more on Hudson, including analysis and video, head on over to Today’s Knuckleball for the full article by clicking the link below!

MLB Draft profile: What to make of Dakota Hudson