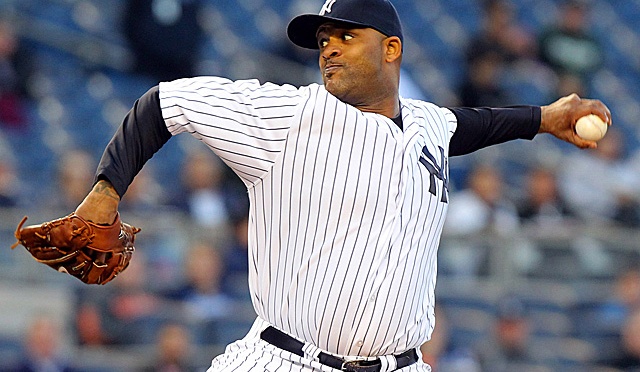 The first week of baseball is just about in the books. The American League East is pretty much flip flopped as to how every expert seemingly felt the season would go with the Baltimore Orioles undefeated atop the division and the Toronto Blue Jays at the bottom of the division. Right smack in the middle are the New York Yankees.

Some people will tell you the first week and April don’t mean too much.  The spring training hangover is still looming, players aren’t in the proverbial “midseason form”, and some game changers are either on the DL or in the minors.

While I will agree that one’s record is somewhat insignificant, I think April is very important. You want to set the pace for the season, and getting a few wins under your belt to set up for the long haul is highly significant. You also want to see — win or lose — good baseball being played.

The glaring good for week one came yesterday. C.C. Sabathia went six solid innings — the first Yankees starter to do so this season — and picked up his first win of the season. More importantly, no matter how big he has ever been, he’s never done this.

On Thanksgiving, we are all Pablo Sandoval (via @Sid_Seixeiro): https://t.co/EwzWaO9sGHhttps://t.co/5dg6tOXf6o

All joking aside was it Carsten Charles finest outing? Nope. Did he look like he was back to the glory days and that he was going to contend for a Cy Young? Not at all. But he is the Yankees fifth pitcher now, albeit a very expensive one, and he has one job.

Get through six innings and let the bullpen do their thing.

Joe Kelly. Josh Tomlin. Shane Greene. Ricky Nolasco. Those are some of the names of other No. 5 starters around the American League. C.C. is arguably better than all of them and if he can do his thing, the Yankees have an advantage. Yes, he was a bit wild, walking four and only striking out three, but he got through six with the Yankees in contention to win, which is more than you can say for Michael Pineda and Nathan Eovaldi who — despite not walking a batter — got lit up like Christmas morning.

Simply put, Starlin Castro has had an amazing debut in pinstripes. Let me digress for a moment. I have always had a theory that every new Yankee should receive a white uniform and have to earn each pinstripe. If that were the case Castro’s uniform is full.

He and Didi Gregorius are providing quite the punch at the bottom of the lineup. Castro is currently batting .450 with two home runs and a team best eight RBI. Furthermore, I must admit that I was quite impressed with this little stat:

Also Big congrats to Starlin Castro on his 1000 career hit. By the way he’s only 26. #Wow#stud

This is where a down year, some sloppy fielding and the media come into play. Castro came to the Yankees with kind of that “played out his welcome” tag from Chicago. This kid is good, plain and simple. He is the fifth fastest to get to 1,000 hits at the young age of 26.  He can straight out hit and seems like he is comfortable at second base. This could be one of the Yankees bigger steals in a long time.

The glaring bad in my opinion is the outfield. Carlos Beltran is playing well, but after that, these guys need to step up their game. Brett Gardner and Jacoby Ellsbury need to pace the tempo atop this order and take the pressure off of Didi and Castro at the bottom. There is simply no excuse as to why the seven and eight hitters have driven in a third of the Yankees runs this year, especially when you have two speedy table setters making a lot of money.

Throw in the hot bat of Carlos Beltran and the scorching bat of Brian McCann and the Yankees could arguably be scoring a lot more runs. Gardner has done better in getting on base, largely in part to a keen eye thus far (he’s walked in 26% of his plate appearances thus far), but he only has four hit and none are for extra bases.

Where the starters have thus far fallen short, the bullpen has been pretty close to what was expected. Most impressive is the fast start for rookie right-hander Johnny Barbato. He’s made two appearances striking out five of the eight batters he has seen in his big league debut. While many where expecting a James Pazos or Jacob Lindgren to capture the final spot, Barbato has and seemingly was the right choice. John Sickels took a look at him this morning over at minorleaguebal.com.

Overall, I think the Yankees should be happy with their first week of play. Minus a bizarre opening day loss (I’m not saying he would have won it, but I still for the life of me can’t figure out why Joe Girardi withdrew his appeal), the bats have been strong and the pitching has been efficient, if not effective.

The Yankees now know what they need to do to get stronger. It should make for an exciting week two when they face off against a struggling Toronto team.