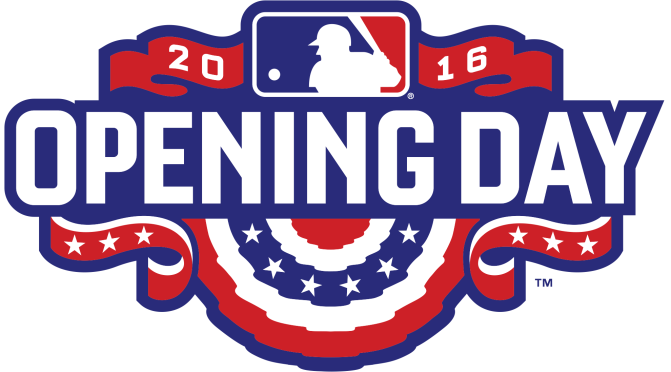 I know, I know. Yesterday was Opening Day. Three games on the Sunday of Opening Day Eve certainly made me happy, despite literally falling one place (0.5 points) shy of placing in my first DraftKings multiplier of the season.

Since today marks what has truly become known as Opening Day, I have saved my predictions for this magical Monday. I have no problem admitting that I have had a rough go in predicting the MLB the past two seasons, but I will give myself a pat on the back for predicting the rise of the Kansas City Royals two years ago. That’s why I’m sticking with them this year, but just how far do I think they can go?

Thoughts: This is probably the easiest division out there. The Braves and Phillies are works in progress. What it comes down to is who has more Major League ready talent in the Minors that could see the field this season, and that answer goes to the Phillies. The Braves have no reason to rush their future, clearly playing for the new stadium in 2017.

The Nationals could easily be the best team in the NL as much as they could be the worst. The Mets still have the most consistency and upside in the division. Being a Minor League writer, I continue to put a lot of false hope into the Marlins, but I really think this is their year. Wei-Yin Chen is the x-factor in their rotation.

Thoughts: The Brewers made some nice moves this offseason to revamp a pretty terrible farm system. It gives them hope for the future, but in one of baseball’s toughest divisions, it won’t be much help now. The Reds will likely ship off all their big names at the deadline, especially with several of their young arms starting the season on the DL.

There is absolutely no reason to believe that the Cubs were a fluke and it’s one reason. No, it’s not Kris Bryant, nor is it their youth invasion or seemingly invincible rotation. It’s Joe Madden who is easily the best skipper in the MLB. Both the Cardinals and the Pirates have the most question marks that they have had in a long time. We know the Cardinals will win 90 games because that is simply a given and the Pirates, although a questionable rotation, still have tons of talent and arguably the best outfield in the NL.

Thoughts: People think I’m nuts, but I just don’t believe in the Dodgers. Their offense is streaky and their pitching staff, minus the best pitcher in baseball in Clayton Kershaw, is a total crap shoot. Plus, it’s an even year, the Giants beefed up their rotation and they are the kings of the even years. I had the Diamondbacks penciled in (is this an outdated phrase, does anyone even write anymore and when they do, do they still use a pencil?) until A.J. Pollack went down, but I still think they made some nice additions this offseason. The Rockies and Padres are who they are. They are two teams searching for an identity, and between the two, the Rockies are closer to finding it.

Thoughts: Hands down the hardest division to project because I simply don’t feel like any team is good enough to win it. The only certainty is that the Orioles rotation is arguably the worst in the AL, so they will finish last despite all that power they have. The rest really depends on health. If the Yankees stay healthy, as the Royals have proven, with that bullpen they are dangerous. The Rays have the best rotation in the East, but they have been injury-riddled, and do they have enough offense? I feel that Marcus Stroman will contend for the Cy Young this year, but what other reliable arms do the Blue Jays have? And is the Joey Bats situation going to implode on them? Then there are the Red Sox. Playing for David Ortiz in his final season would seem like they are runaways with the division, but David Price does not improve them tremendously from their last place finish last year. There is no denying they have offensive talent, but their rotation is a huge question mark that they hope can get the ball to Craig Kimbrel.

Thoughts: I told you, until the Royals give me reason to, I am sticking with them. They have done it with their Royals philosophy that seems to defy SABRmetrics and baseball logic. The Indians young rotation is filthy, and I think they have just enough bats to do damage. The Twins really impressed me last season and this year, they have gotten better with a healthy Byron Buxton and a full season from Ervin Santana. The Tigers are older, but if they click, they are more than capable of winning this division. There is too much wrong with the White Sox aside from Chris Sale and Jose Abreu to believe that they are any good.

Thoughts: Not only do the Astros have some of the best youth in the game (like Carlos Correa) they have even more waiting in the Minors for their chance (like A.J. Reed). This makes them dangerous. I have already written how I think Robinson Cano is back and I think that this is the season the Mariners put it all together, although Wade Miley in their rotation scares me. The rest of the division is a crap shoot. The Angels went all in, trading away prospects for Andrelton Simmons, but their rotation is not good. The As have a lot of exciting pieces in place, but I simply think they need a few more to take the next step. The Rangers are the Rangers. The can win the AL or be the worst team. Your guess is as good as mine.

As you know, I never predict a World Champion. I’ll leave that for you in the comments.