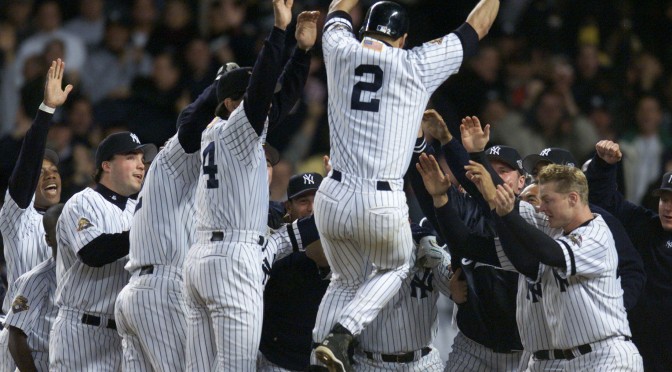 It was Opening Day in Cleveland. Tuesday April 2, 1996. David Cone hurled seven innings of shutout ball. This rookie named Derek Jeter hit his first big league home run and the New York Yankees won their first game of the season. They would also win their last game that season.

That game was Game 6 of the World Series. The New York Yankees dynasty was born.

The ’96 season would see a lot of change. Fresh off the heels of their first playoff appearance since 1981, the Yankees — as usual during the Steinbrenner Era — wouldn’t remain the same.

Gone was Gene Michael, the architect who rebuilt the Yankees barren farm system by drafting or signing guys like Jeter, Jorge Posada, Mariano Rivera and Andy Pettitte. Gone was Buck Showalter, the manager that returned the Yankees to glory after some of the worst years in their franchise history.

Also gone was the icon of the 1980s Yankees. Don Mattingly‘s back had finally had enough. Despite saving his best for last, the Yankees just couldn’t hold off the Seattle Mariners in the ’95 ALDS.

Enter 1996. Joe Torre, who had a career managerial record of 0-3 in the playoffs over his first 15 years as a manager, was the new Yankees skipper. They traded for the heir apparent to Donnie Baseball that December, acquiring Tino Martinez a mere few months after he torched them in the ALDS (a deal that also brought them Jeff Nelson who would be one of the most important cogs of the Yankees Dynasty).

They would add on some veterans that many questioned whether they had anything left like Tim Raines, Doc Gooden and Mariano Duncan, while adding long-time hired gun Coney to the mix. All four would play a vital role in the 92-win season.

The AL leader in saves would see his sweaty hat rise to fame, while a young fireballer eagerly waited his turn as the set-up man in a deep Yankees bullpen. John Wetteland would have a great season and a legendary postseason but it was just a matter of time before he handed it over to The Sandman.

The regular season was a fun ride. It saw the emergence of The Captain, as a season after Jeter was sent down, he won New York over by winning the Rookie of the Year. Pettitte would join Wade Boggs and Wetteland on the All Star team.

But the postseason. That’s when the Yankees excitement really started.

I know. A lot of people question whether that Yankees team should have even made the World Series. That’s because they had a little help from their angel in the outfield.

Jeffrey Maier would give an assist to Jeter, giving him his first of many legendary post season home runs. But every Yankees fan will tell you… Jeter’s home run was not the most memorable of that post season run.

The Yankees had no business hanging with that Atlanta Braves team. Most people didn’t really give them a chance. They had a budding superstar in Chipper Jones. The three-headed monster atop their rotation are all now in the Hall of Fame. And there was this young 19-year old, stealing the Yankees thunder on their home turf in Game One.

Andruw Jones led the assault as the Yankees would drop the first game 12-1, seemingly proving all of the doubters correct. After Greg Maddux hurled eight innings of shutout ball in Game Two, the Yankees had little chance heading to Atlanta.

The Yanks picked up Game Three after a great performance by David Cone and a huge homer by Bernie Williams. Game Four looked all but done, until Jim Leyritz hit his home run that will forever live in Yankees lore. 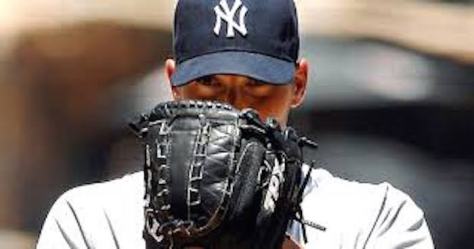 Andy Pettitte — days after getting embarrassed in the Game One onslaught — would go blow for blow with John Smoltz. A Cecil Fielder RBI would be the difference as the Yankees claimed Game Five, somehow giving the advantage back to the Yankees as they headed home to the Bronx. It would become Pettitte’s calling card, as he would rise up and pitch some of the biggest and most important games in the Yankees post season history. And that says something.

That was all they needed. Next came an image that Yankees fans will always remember.

Charlie Hayes, who had arrived from Pittsburgh just a few months earlier via trade, waited for that high fly ball in foul territory to drop and the world changed for Yankees fans.

You see, people my age, we grew up in an era of Yankees baseball that didn’t see playoff runs. Growing up as elementary school kids, then middle school kids, then high schoolers, we never saw a first place finish. But our relatives, our elders, they always talked about the great days of yesteryear. The Mickey Mantles, the Whitey Fords, the Yogi Berras, the Billy Martins.

Finally, we had ours. Finally all those Mets fans who had gotten to feel what a World Series victory felt like ten years prior, had nothing on us. And then we got to watch three more.

None would be as special as that 1996 World Series though. After that, the Yankees were supposed to win. It was expected. Not in ’96. No one gave the Yankees a chance to take down the reigning World Champion Braves and their roster laden with future Hall of Famers.

But they did. And the rest is history.

3 thoughts on “The Birth of a Dynasty: 20 years ago today the 1996 Yankees began their reign”