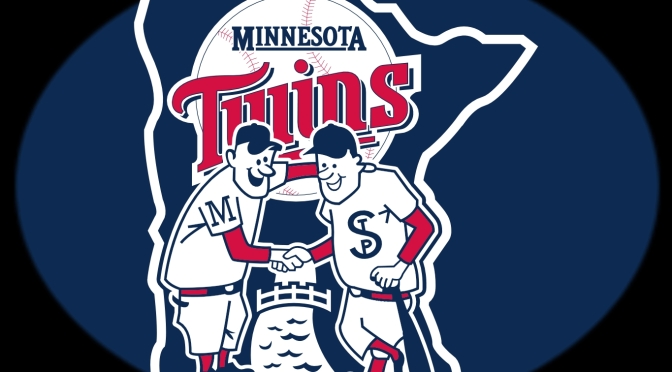 Last year, all the talk was surrounding the Chicago Cubs and Houston Astros monumental turnarounds. Their “tear-it-all-down-and-build-it-back-up” approach worked, and after years of patience, they appear to be on the cusp of several years of exciting baseball.

Over in the American League Central, another huge turnaround went rather unnoticed. The Minnesota Twins — under the tutelage of Hall of Fame first-year skipper Paul Molitor — improved in the win column by 13 games, finishing at a surprising 83-79.

So, did the 2015 Minnesota Twins over achieve or should we expect more of the same in 2016?

When you look at this pitching staff, it’s hard to believe that this team actually won 83 games last season. I mean Kyle Gibson was their ace.

Phil Hughes failed to capitalize on the success of his 2014 breakout season as he reverted to the form that gave the New York Yankees headaches three seasons ago. He led the league in home runs allowed and after posting a career best ERA and WHIP as a starter, he imploded back to a 4.40 ERA and 1.288 WHIP.

But man, he does not walk anybody. He’s walked 32 batters over THE PAST TWO SEASONS. I repeat, in 59 starts over two seasons, Hughes has walked 32 combined batters. That’s insane, and that shows that his raised WHIP last season was because he was very hittable. That’s why if he can back to that 2014 form and limit the long ball, he could be their ace once again.

So could Ervin Santana. Santana missed a bulk of the season serving suspension and once he returned, he never really looked like the Santana the Twins envisioned when they signed him. Was it the PEDs that made Santana or was he simply rusty from the layoff?

If Santana returns to form, suddenly the Twins have a viable one through three in their rotation. Tyler Duffey provides an interesting option in the rotation. Here’s a guy that was a fifth round draft pick in 2012, stuck in an organization known for their rising prospects, and nobody knew who he was (except John Sickels at Minor League Ball who named him one of his 2015 sleepers… man is a genius).

Duffey posted solid ERAs and WHIPs as he climbed up the minor league ladder, but nothing ever jumped off the page. Lo and behold, an August call-up saw him outperform big name Twins prospects Alex Meyer and Trevor May, including a five-game run in September that he went six or more innings and didn’t allow more than two runs in any outing.

This spring he has struggled, so we may be seeing who Duffey really is, but he should get another shot at the rotation. The fifth slot wil either go to Tommy Milone or Ricky Nolasco, but it doesn’t matter. You know why?

Because by May, Jose Berrios will be in the big leagues. By August, he will be this team’s ace. The 21-year old is ready for the bigs, and his fastball and unbelievably mature command will have him here soon enough.

Berrios, Hughes, Santana, Gibson and Duffey. It’s not your big name household rotation, but that’s way better than last season. Their bullpen has always been a roller coaster, but Glen Perkins seems to get the job done more often than not.

The offense should be exciting this season. Brian Dozier has cemented himself as one of the premier second basemen in the game and does just about everything… except get on base regularly. I mean seriously, this is a guy that has a .312 and a .307 OBP in two of his three full seasons in the bigs. You still have to like that he has two consecutive seasons of 100 runs scored, 23-plus home runs and 70-plus RBI with a 75 percent success rate stealing bases atop your lineup.

The excitement will come from the two prospects everyone has been waiting for. If this isn’t Byron Buxton‘s breakout year, I simply don’t think it’s coming. This guy has all of the tools in the world to succeed, he just keeps running into the injury bug.

Miguel Sano is a beast, it’s that simple. The one-time third baseman of the future, then-DH of the future is now their outfielder of the future. Clearly, his defense leaves a little to be desired, but that bat. Watching Buxton, Sano and Dozier rake at the top of this order will make the Twins interesting to say the least.

Joe Mauer is archaic. He plays like a fossil as well. Twins fans will berate me for saying it, but it’s the truth. Hey, I wasn’t any less relentless on Derek Jeter‘s last few seasons in New York.

The simple truth is that Joe Mauer made a living on high batting averages, steadily high on base percentages and pretty good strike out rates. Last season he struck out over 100 times for the first time in his 12-year career and saw career lows in BA and OBP. His WAR for you SABR junkies? 1.5. His wRC+? 94 (league average is 100 and Mark Reynolds had a better wRC+ just for the record).

The problem was they had no other options at first base. Kennys Vargas regressed after a very promising 2014 stint, so they stuck with Mauer. Enter Byung Ho Park.

There is a lot of uncertainty with Park coming over from Korea. There was even more uncertainty after he struck out three times in his first appearance. But he has been on an absolute tear ever since, now batting .360 with three home runs in the spring.  He still hasn’t walked, but I think that is likely because he rather use the spring to show he can hit American pitching rather than stand there and have a good eye.

That means that Oswaldo Arcia is the real wild card here. Why? If Arcia can bounce back to his 2014 campaign, that makes him a 20 home run threat. That allows you to move Park to first, Arcia to DH in an overcrowded outfield and Mauer to platoon between the two spots. In all honesty, should Max Kepler merit a starting job coming out of the spring, Sano will move back to DH to give Kepler the right field job, because after Eddie Rosario‘s nice 2015, he deserves an extended look as a starter in left.

So where does that leave the 2016 version of the Minnesota Twins? They actually appear better, or I should say, have the promise to be better. A full season from Sano and Santana, plus the real big league debuts of Buxton and Park make this team stronger than last year’s rendition.

The problem is that everyone else in the AL Central is also seemingly better. The Detroit Tigers certainly can’t be as bad as they were last season and the White Sox have beefed up their lineup and defense with Todd Frazier and Jimmy Rollins (although I feel like every season someone says that the White Sox will be the breakout team). Most have the Indians as the big team to watch in 2016, so the AL Central — who happens to be home to the defending World Champions and two-time AL Pennant winners — may turn out to be the most competitive division in baseball.

There is no reason to believe that this team takes a step backwards talent-wise, however, in such a competitive division, it will take a huge season from their young stars to improve last year’s impressive record. That means you can pencil in the Twins for 82-84 wins. Which could very well be last place in this year’s AL Central. I think the Twins grow more as a team this year and Molitor cements himself as an elite manager in this league, readying themselves for an early 2000-esque run come 2017.